That would be me. It's been a long week, considering it's only Tuesday. Last night, I finished up an essay for an antho called Do Not Read! and began work on a new "big" project with a tight deadline. Worked very full days at the office, and then even snagged a couple of caches yesterday and today.

And a big sigh. I just got a notice from my Web domain host that I need to renew the domain name (www.stephenmarkrainey.com) or it will expire in five days. I renewed it for three years last month. I'd be so thrilled if I didn't have to go through this with them every year...

I sleep now.
Posted by Stephen Mark Rainey at 11:10 PM No comments:


By day, I work for an educational publisher, and in past years, it has been less subject to extremes in the economy than many others, since the education field is such a crucial one — indeed, one of the few that is supposedly relatively stable, if not growing. However, the publishing business overall has tanked badly, and we are still exposed to much of that instability. Yesterday, almost a fifth of the staff at my workplace was cut loose, including my partner in the typesetting department, with whom I have worked for going on ten years now. She’s got lots of health problems, and for those who were let go yesterday, their insurance coverage terminated at midnight last night

The only option for most of them is COBRA, which is horrendously expensive. However, in this case, the timing of Obama’s stimulus package being passed may have been propitious, since now the government will pick up about 60% of the COBRA premium

Even then, for most of them, it will be a monumental struggle to stay afloat. And the company cutting staff just means that much more money coming out of the economy than going into it, thus perpetuating this evil cycle. I absolutely understand the personnel cuts; if the business fails completely and puts the lot of us out of work, it’s all that much worse. Still, this is a bitter pill to swallow. In some respects, I am grateful to still have a decent job. But overall, my mood is this:

I’m as mad as hell, and I’m not going to take this anymore.

How wonderful it would be to have the answers and the means to implement them. But our problems are so widespread and so complex — thanks so much to corporate greed — that it’s going to take more a change in mindset than infusion of money for the real recovery to happen. As we’ve dug ourselves in deeper and deeper, the glowing horizon keeps getting farther and farther away.

Our company move was necessary, I’ve no doubt of this. But I hope that, at the end of it all — not just for our business but across the board — no one is going to end up rewarded for making “tough decisions,” when the consequence of this “tough” decision-making is financial devastation for so many talented and undeserving individuals. If they are, then the negative cycle will not have been broken but perpetuated. And that’s the last thing any of us need.
Posted by Stephen Mark Rainey at 10:23 AM 1 comment:

...is exactly what I'm thinking. It's still a ways off yet, but eventually it's going to have to happen.

There, I've thought it, I've said it, and I meant it. There was a time that there wasn't a chance in hell of this ever happening, but apparently that time is past. Newer Macs appear to be what the machines should be, instead of machines full of wasted potential. The notion bears further investigating, but the very fact it's in my head is quite the novelty.

Specifics of Mac and PC issues aside (I use a Mac at the office and a Windows PC at home), I have to say, it's the Mac's advertising campaign that first got me thinking about it. Mac ads are clever and feature readily identifiable characters. They give you a tantalizing little peek at what the Mac can do.

Then there are the Windows Vista ads. What the fuck are those? To whom are they trying to appeal? Beyond that, what the fuck are they saying—and what are they trying to sell? Gracious me, those Vista ads couldn't sell a calculator to a technology geek who'd been abducted by fundamentalist Luddites and thrown into a computerless cave in the Mojave desert for a couple of years. No, I'm not kidding.

I mean, what the hell is this?

To top it all off, I might even get my Mom a Mac. I'm not kidding about that, either.

So, anyway, that's what I'm thinking about.

Happy freakin' Valentine's Day, by the way. (No, I'm not a fan.)
Posted by Stephen Mark Rainey at 4:21 PM No comments:

A Weekend at Stately Wilson Manor

Spent a very pleasant long weekend in Hertford, NC, visiting writing- and now geocaching-cohorts, David Niall Wilson and Trish Macomber, as well as their family of critters and young 'uns. Headed out on Friday morning with Mrs Death, snagging lots of geocaches along the way; ate and drank very well, as we usually do at Stately Wilson Manor; hunted more caches; and watched Deathrace, the recent remake of the cult classic Deathrace 2000. I'm not really a fan of the original, but the new one is okay. It stars Transporter guy Jason Statham, who proves that you can get by just fine without a lot of hair. Most notably, I rediscovered the fact that it's crucial to keep a lot of energy in reserve at Stately Wilson Manor, for their youngest, Katie, will run rings around you, the dogs (Gizmo and Ginger) will outtalk you, and Mr. Wilson will out-zing you. Oh yeah, there's lots of wit zinging around Wilson Manor, which is always my favorite part.

Coming home, Mrs Death and I found another 28 caches, making a trip total of 55. My favorite was one we didn't actually find. We were hunting near a cow pasture, and the whole herd came plodding down the hill to see what we were up to. I said, "Look, dear, honey bunches of steaks," which they didn't seem to like very much. I mean, they just kept looking at me with their big brown cow eyes. I almost hate to eat them now. Actually, I hope this bunch were milk cows, so that they may live long and prosperous lives, but if not, I bet they'll be delicious. 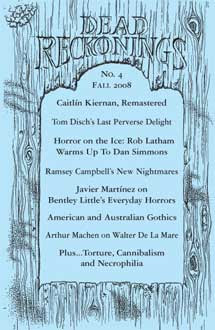 ...picking up a copy of a magazine of literary criticism whose cover lists "Torture, Cannibalism, and Necrophilia" as one of its features?

That would be the latest issue of Dead Reckonings (#4), edited by S. T. Joshi and the very late Jack Haringa (who was murdered so ignominiously on a great many blogs last year—many of which were collected in the volume, Jack Haringa Must Die, released last May by Merricat Publications).

It's probably my all-time favorite review zine, despite its thoroughly dead co-editor. With issue #4, I have special reason to be fond of it, since reviewer Matt Cardin tackled Other Gods, in an article called "Sometimes You Just Have to Gush" (which also covers Michael Shea's The Autopsy and Other Tales), and the title says it all. Mr. Cardin does indeed gush a little, but his review is thoughtful and balanced. He does call a spade a spade; when something falls flat for him, he up and says so, just as he absolutely ought. But with Other Gods also receiving other good reviews and having made the preliminary Stoker ballot, I feel like it is getting some positive recognition. That's particularly gratifying to me because the book is, after all, a fair sampler of the written work I've labored so hard over for the past twenty years.

Mercy, how life does go by.

My favorite Cardin quote of the review: "I finished the book feeling as if I had been processed through the kaleidoscopic imagination of a born storyteller. Other Gods is a superb example of what this sort of long-term collection is good for: It plainly highlights the author's long-running thematic obsessions and shows him circling back to revisit and reshape the concepts, tropes, and emotions that inspire him."

Note: Cardin's gushing article is the not the one about cannibalism, torture, necrophilia, etc. etc. For that, one must read on...
Posted by Stephen Mark Rainey at 12:29 PM No comments:

...wooded, urban, and everything in between. It's been a great weekend for geocaching. Yesterday, Mrs Death and I spent the afternoon in Winston-Salem hunting mostly urban micros, but we discovered a few nice, wooded parks, with full-sized hides as well. We then headed over to the "Adult Swim," a fun social event at the Mellow Mushroom restaurant in downtown Winston, with about 40 cachers in attendance. Afterward, we moved to the Foothills tavern a short distance down the road and mingled a while.

Today, I headed out to conquer a fairly terrain-intensive cache called Terrainasaur, which was very aptly named. I took a few shortcuts that turned a plain old Terrainasaur into a Terrainasaurus Rex, but...as Bobby Goldsboro said...what the heck. It was a damn fine day out there. 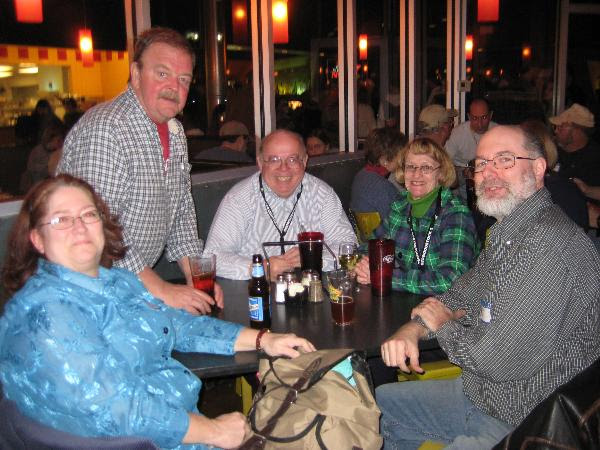 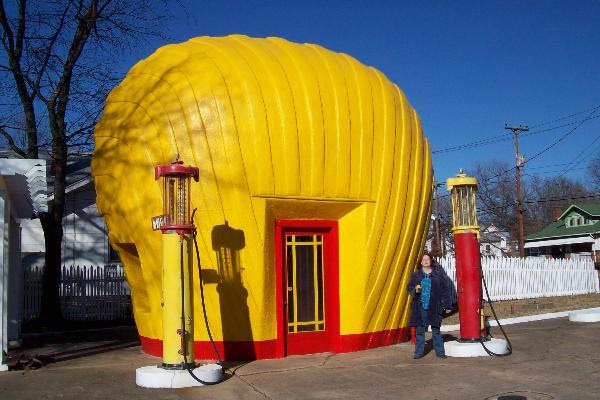 Mrs Death is but a Shell of her former self. 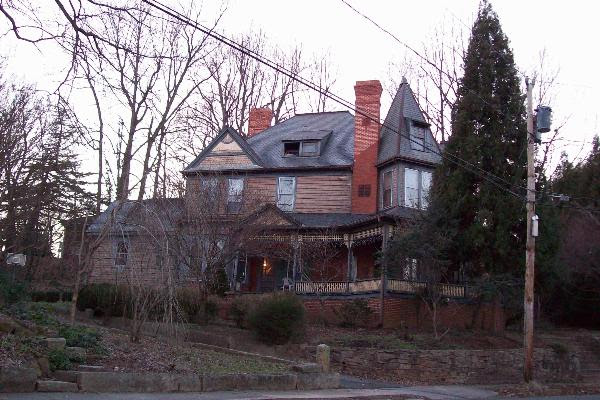 A beautiful, obviously haunted house we passed in Winston 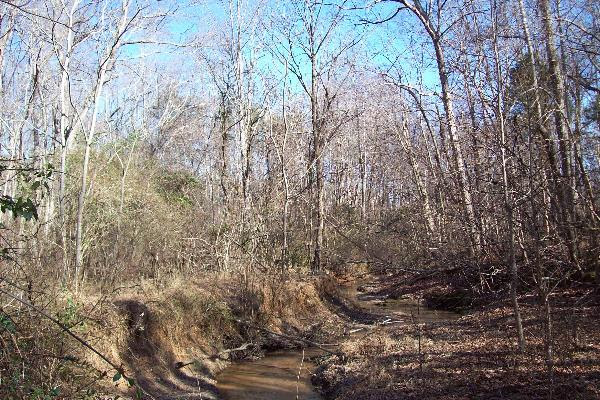 Terrainasaur: One of the creeks I ended up plowing through this afternoon 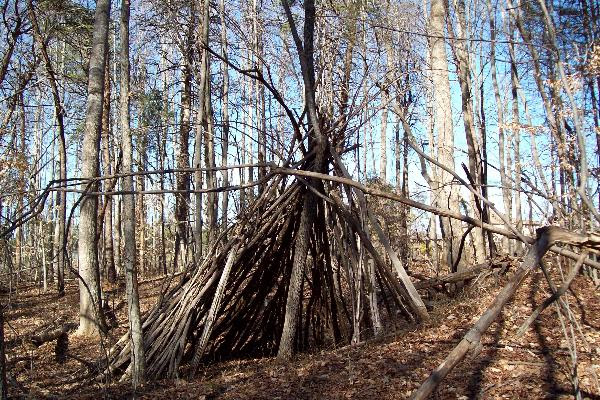 Terrainasaur: An odd little wigwam near the second stage
Posted by Stephen Mark Rainey at 4:09 PM No comments: