Journey to the Centre of the Earth

There's a nice new multi-cache in town called "Greensboro Underground," and guess where you get to hunt. Oh, yeah. So...went out after work, dressed for the occasion, with several flashlights (though I found halfway through that my brightest light was dimming rapidly, even with relatively new batteries). Met up with Night-Hawk and the Sneaky Bulldog, and we proceeded to hunt "Greensboro Underground."

At the first of the three stages, we snagged the coords for the next, held our tongues just right, and made our way into the earth's depths. Here, the diameter of our conduit was only about four feet, so it was t-i-g-h-t. And then what should our lights reveal but...spiders. BIG FAT HAIRY BLACK F-'ING SPIDERS—of the four-inch legspan variety—in mass profusion, hanging on every surface; up, down, and all around.

Night-Hawk and the Bulldog gently suggested that I go first.

All righty then. Only ever-so-slightly daunted, it was onward. (You should have heard the Bulldog scream when one of the spiders passed right under his legs.) At a junction, the Bulldog takes the lead and finds the requisite clue in short order. So we're quickly out of there and off to the next stage.

Lots of ground to cover, or rather, underground to cover. We discovered at several junctions that we had choices to make, and it paid to choose wisely. At first, we straddled the streams in the tunnels, figuring we might actually get out of this without getting soaking wet. Came a time we finally said the heck with it, and now my boots are drying out for the next couple of days.

At long last, and lord knows how far in, I spy the cache. But it was here I made a grave mistake! Night-Hawk had kept right on going, but in my enthusiasm, I blurted, "It's here!" Had I not, he might still be down there having scads of fun while I'm lounging around above-ground, enjoying a post-cache martini. I'm sure I'll do better next time.

Actually, I'm glad Night-Hawk is still with us because he documented the whole journey with pics. I was reluctant to take my camera with me because I am a devout klutz, and probably would have dunked it.

At least I am a wise klutz.

The Bulldog wanted to play ball, so we let him.

It's Just Over Yonder

Until I became a geocachevangelist, I had no idea how many ancient, rusted-out vehicles lurked back in the deep woods, partying all by their lonesomes, hanging around in the darkest of hillside thickets where no self-respecting, unrusted vehicle would ever dare venture. But Mr. Isenhour sure knows how to find 'em. And when he finds 'em, you can be sure he'll leave a cache there. Needless to say, this means that Damned Rodan will soon be along to hunt it.

Helluva hot, humid day to be out in the woods yesterday, but there were new caches to be found, so guess who was out there tempting heat exhaustion. Yep. Got first-to-find on "It's Just Over Yonder," pictured above, as well as on three other new caches hidden by Mr. Kidd (Night-Hawk). Much to my surprise, Mr. Kidd also managed to place a cache close to a rusted-out, upside-down car out in the deep woods. Quiet mysteries, these old vehicles....

Came home, worked on Important Stuff, and then, long about 10 P.M., had a terrible carrot dangled in front of my nose by Mr. Bunce (XbunceX): Late-night caching trip? Discovered at this point that, despite sheer exhaustion, Mr. Rodan cannot say no to a late-night caching trip. It doesn't mean I need therapy. It doesn't mean anything, except ten more caches under my belt at 2:30 in the A.M.

Posted by Stephen Mark Rainey at 11:27 AM No comments:

Noticed on the Way Home From the Office:

A van for a home-repair business. Van had little paint left on it, a crushed fender, and insulation erupting from a long, ugly gash below the driver's door. Oh yeah, I so want to call on said business for my home repair needs.
Posted by Stephen Mark Rainey at 6:57 PM No comments:

It was quite the weekend for gathering with good friends and hunting caches. I found my 1,500th on Friday evening, albeit solo. Yesterday, Mrs Death and I went to Martinsville, met up with our friends Scott & Chandres & children (a.k.a. Krazi Tribe) and Ed (a.k.a. Kuykenew), and then headed over to Danville and Chatham to claim a bunch. Soon as we arrive at the Dan River, who should we run into but friend and fellow cacher from NC, Caroline (a.k.a. Snoopinaround). We find a few caches, only to get stopped and questioned by a sheriff, who is obviously suspicious of some of the exceedingly seedy-looking members of our party (see photo). Ms. Krazi tearfully explains that we are actually scouting locations for the 18th remake of A Pittsylvania Chainsaw Massacre, and since the original is the sheriff's favorite film, he lets us off easy.

Last night, a fine dinner and pleasant evening in Danville and then Martinsville with the Albaneses. Today, Mrs Death and I returned to Greensboro to get with our friend Beth (a.k.a. UNCG BogTurtle) for an excellent afternoon/early evening snagging more caches and then having dinner. Alas, for the foreseeable future, it was our last outing with Ms BogTurtle, who is moving to Illinois tomorrow. Over the past year, we've had many incredible adventures and shared an amazing number of fantastic times. I don't think it's quite sunk in yet that she and her husband, Al, are really leaving.

I expect it will next time I head out to hunt a cache. A sincere bon voyage to Beth. Mrs Death and I both hope she has a fantastic experience in her new home and new stage of her career.

I guaran-ass-TEE you she won't be having as much fun as she had here, though.... 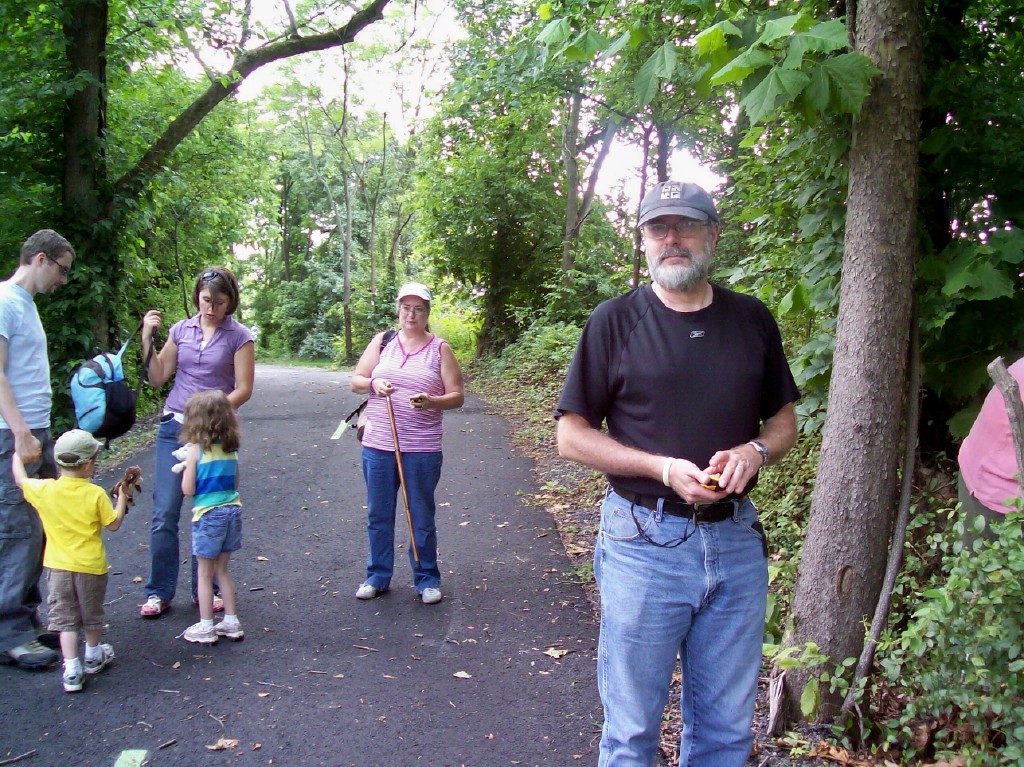 Posted by Stephen Mark Rainey at 10:36 PM No comments: 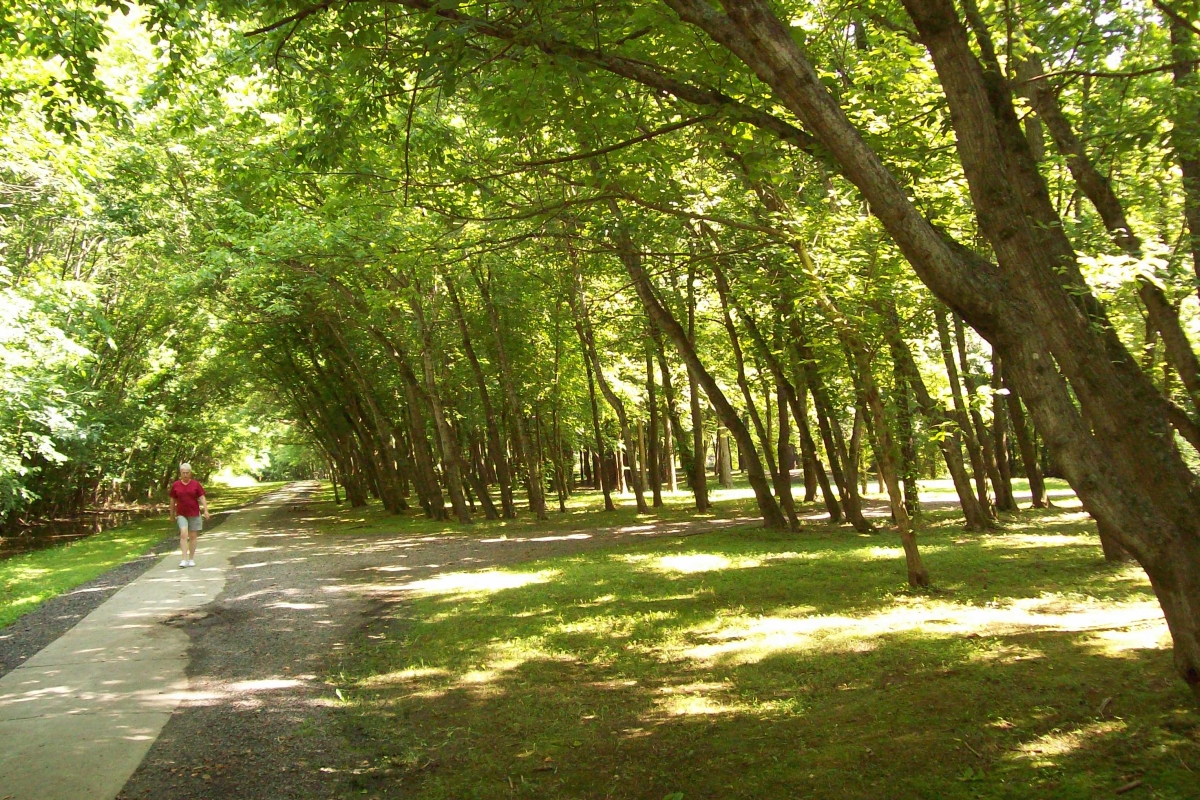 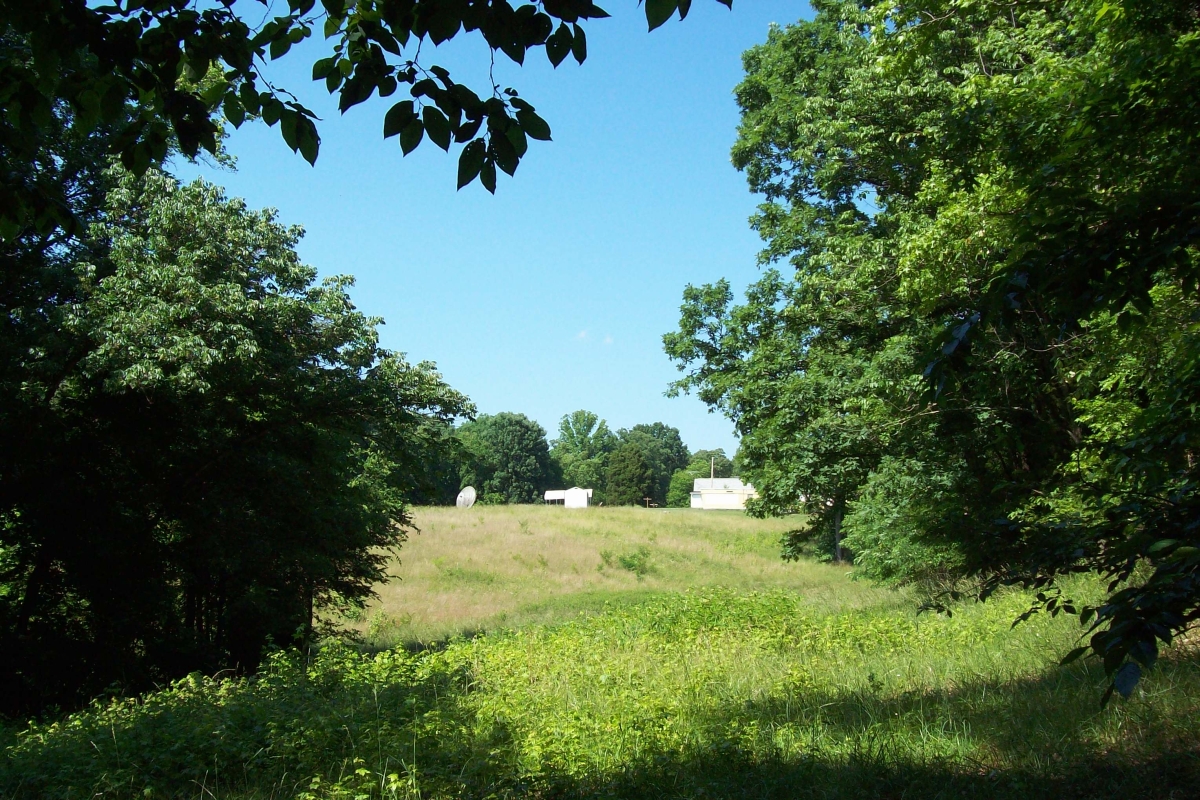 I've said it many times: geocaching takes me to some damn cool places, few of which I would otherwise discover on my own. Today, I ended up at Dan Daniel Memorial Park in Danville, and since it was such a gorgeous afternoon, it was filled to the brim with visitors.

This rather extensive park has a couple of nice trails, though—sadly—they've gone unmaintained for some time now. No money in the budget, alas. Still, the Hidden Hollow Trail and the Turkey Trot Trail offer some enjoyable hiking, and the former actually took me into an area that gave me the creeps. Whoa, you say. Okay, so it wasn't all that creepy, but by god, if it were in my book, I'd sure as hell make it creepy. I mean, I'm a horror writer, so making things creepy is my sworn, solemn duty. For one thing, though the rest of the park was loaded to the gills with muggles, there wasn't another living soul on the trails. Once I got out a good ways on the Hidden Hollow Trail, it essentially disappeared, no doubt due to little use and the torrential rains we've had over the past month or so. On my way to a cache called "The Grassy Knoll," I actually emerged at a grassy knoll, from which I could see an old house, a couple of shacks, and an ancient satellite dish out in a field.

If I'd heard the sound of a chainsaw, I would have expected to see Leatherface bearing down on me with malevolent glee. As it was, there was a strange silence there, bringing to mind the atmosphere of "Sticks," one of my favorite horror stories of all time, by my old friend, the late Karl Edward Wagner. Or perhaps "Pigeons From Hell," another favorite, by Robert E. Howard. At any rate, I had a wonderful afternoon out in the woods—despite coming out of there crawling with those little pinhead-sized ticks. I stopped counting at 30 as I pulled them off me and out of my clothes, and there must have been twice that many altogether.

Not necessarily scary, but pretty damned disgusting. Vile little bloodfuckers they are....
Posted by Stephen Mark Rainey at 8:39 PM No comments:

More Horror Than the Heart Can Stand

Posted by Stephen Mark Rainey at 5:36 PM No comments:

Not terribly great quality—just taken with my digital camera—but here's a glimpse of last night's horror, courtesy of yours truly and the stunning Kim Murphy (whose head has been sadly hatcheted from the frame).
Beer, wailing, and caching. Doesn't get much better. Almost didn't make it over to Winston, though, as the early evening storm in Greensboro literally drowned our place, and it was worse just down the road. Never seen the like. We were lucky not to have six inches of water in the living room. The front porch was under that much.

Anyhoo, maybe we'll give the Garage another shot one of these days. Love the venue.
Posted by Stephen Mark Rainey at 10:13 AM No comments:

If blame must be cast, please blame my brother, Phred, for providing the inspiration for this. Otherwise, just come and have a good time. It's a win-win situation, you know. If I sound good, you get to go home saying, "Damn, Mark sounded good." If I suck, you get to go home laughing your ass off.
Posted by Stephen Mark Rainey at 6:34 PM 3 comments: