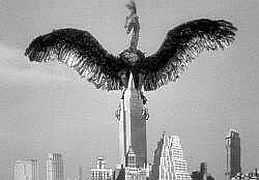 Over the past year or so, I've managed to lose about twenty pounds, and I'm all the better for it, though yesterday, I think I put about half of that right back on. Lots and lots of giant turkey buzzard. Hooooo! What a feast!

Conditions on the home front have been...to say the least...odd and stressful for some time now, and this was the first Thanksgiving in living memory that I haven't looked forward to with a lot of joy. Happily, this was a case of the pre-holiday anxiety far exceeding the actual event, as it proved to be relaxing and fulfilling—and not just food-wise. Got in some excellent caching yesterday morning, then gathered with the family and some friends for the afternoon feast. And having today off from work...well...that makes me happy too.

The month ahead should prove interesting, to say the least, but maybe it won't be beastly.
Posted by Stephen Mark Rainey at 9:30 AM No comments:

Email ThisBlogThis!Share to TwitterShare to FacebookShare to Pinterest
Labels: Thanksgiving 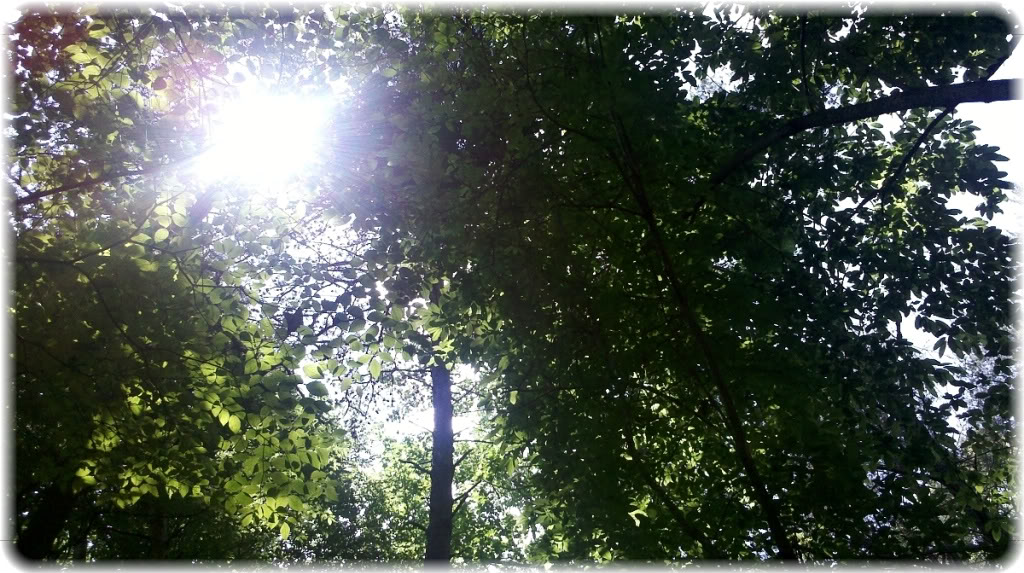 Nice, nice weekend here—both entertaining and productive. Got in some good caching each day since Friday, including a couple of much-needed healthy bushwhacks in the woods. Had to explain geocaching to the local cops for about the hundredth time, which was okay since—as is typical here—the officer was very friendly and understanding. Sometimes I feel like a geocachevangelist.

In betwixt the caching adventures, I watched Planet of the Apes and Beneath the Planet of the Apes, which are a couple of my old favorites. Back when I was a wee lad, doing the pretend ape-thing and hunting humans made for some exciting times; it's nice to watch the movies and recapture some of that old excitement. I suppose I'll end up watching Escape, Conquest, and Battle too, but they're nowhere near as special as the first two.

My month of bachelorhood is drawing near its end. All in all, I've made out very well. Was very productive during this period: overhauled the house, ate well, got out and about with friends fairly frequently, got some writing done. Most of all, some of the crushing pressure that's been having such a bad effect on me subsided a bit. Here's hoping for some extended relief.
Posted by Stephen Mark Rainey at 10:50 PM 1 comment:

Death Is the Great Equalizer 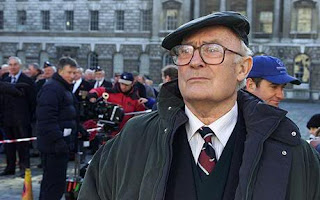 It's almost unheard of for me to experience freaky coincidences, but last night I dreamed about actor Edward Woodward (The Equalizer, The Wicker Man, East Enders, etc.) coming to my house and sitting down to chat. I haven't heard anything about him in the news, or so much as thought about him in I don't know how long. Then I found out he died today.

I always admired Woodward as an actor. He was masterful in the original The Wicker Man, and I liked him very much in The Equalizer TV series way back when. I suppose that if he ever really had come to my house just to chat, it would have been a most remarkable and memorable experience. I feel very saddened by his passing. The whole dream thing though...like, wow.

Mrs Death is away for a time, so I'm taking the opportunity to restore the house to something resembling presentable. So far, I've dumped a couple of tons of clutter; overhauled the front and back porches; made over the kitchen, bathrooms, and living room; organized all my CDs, which have fallen into shocking disarray over a period of months; dusted, vacuumed, scrubbed, and mopped; and now, every time I mess it up, I clean it up. I suspect I could live like this and almost enjoy it.

Next job is to blow the leaves out of the yard and into the neighbors'.
Posted by Stephen Mark Rainey at 1:04 PM 2 comments:

How High Is the Water, Mama? 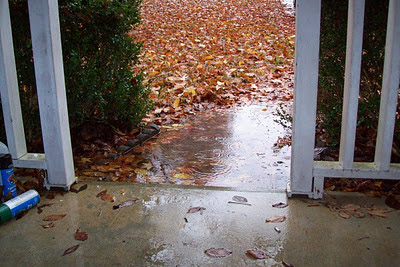 Once it gets up onto the porch, it's as good as in the living room. Not much farther to go, as the picture shows. Lots of flooding in the area this morning. Went to the office, passing a couple of low-lying areas that are now officially lakes, only to find that the power had been knocked out. So we turned around and came home, but the wind and water are now threatening here, as well. No sign of it stopping for the next day or so, either.

I was thinking about piling the cats up in front of the front door like sandbags, but when I mentioned it, they looked at me askance, so for now I've abandoned the idea.

Posted by Stephen Mark Rainey at 9:25 AM 3 comments:

Rockin' Halloween and Then Some...

Been a couple of busy, busy weeks, at home and at work, so haven't taken the time to do much blogging. Halloween highlights included a mighty fun Fall Fest at the office, at which Ms. Kim Murphy and I made a scary racket pickin' and singin', and an excellent party at the residence of friends David and Karen Lewis, where the noise from the office fest was repeated—and then some. Halloween night, got with my friends, the Albaneses, in Martinsville and had a nice evening of dinner and movies.

This past weekend, I took a ride up to Woolwine, VA, for a bit of caching. Some excellent hiking up that way—and gorgeous weather for it. Warm and sunny weather, impressive scenery. Found cache #2098....
Posted by Stephen Mark Rainey at 7:16 PM No comments: