It Was a Dark, Snowy, Sleety, Rainy, Windy, Thundery Night 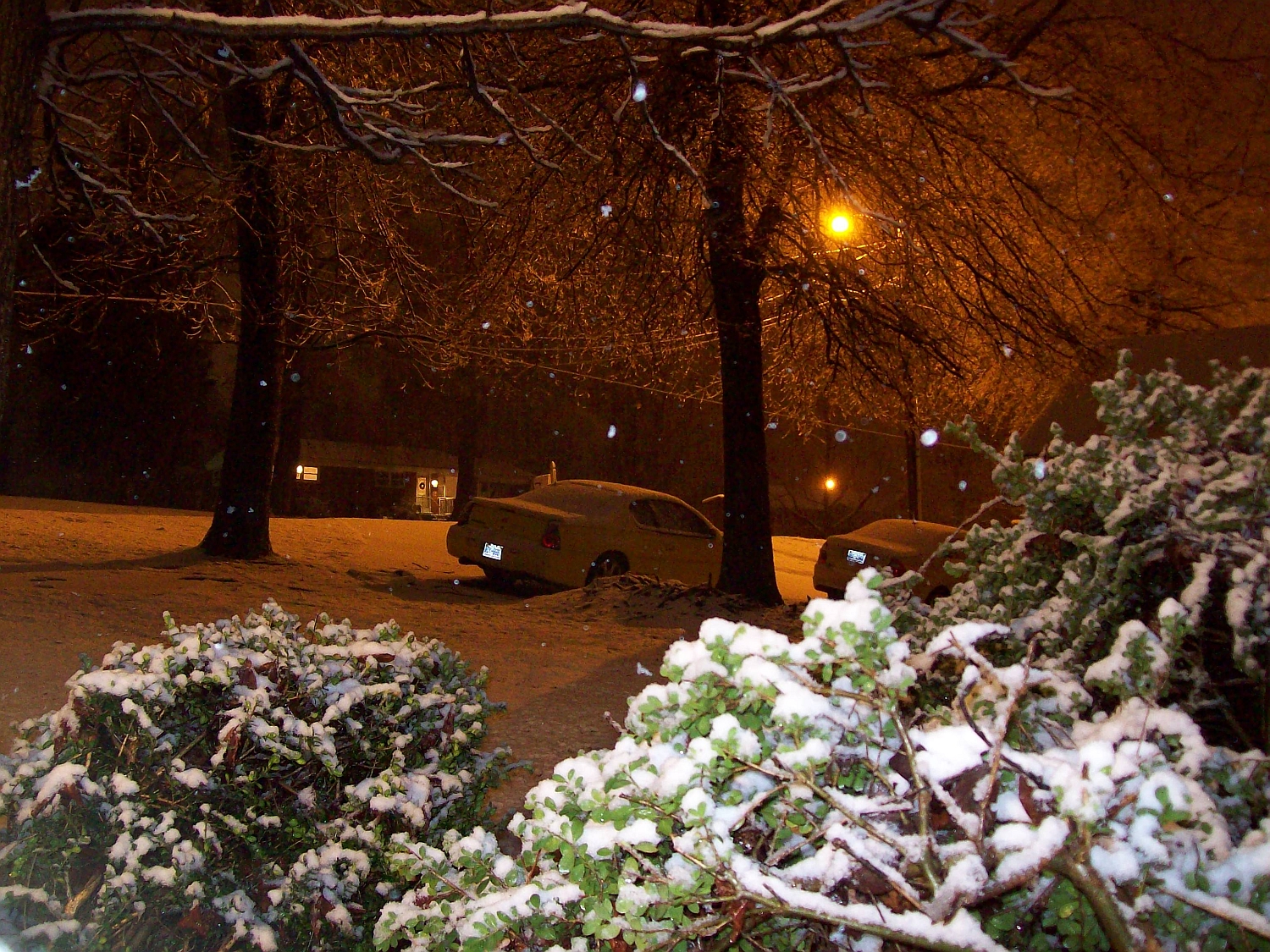 After several days of temperatures that insinuated summer might be in the offing, we get our first winter storm, and it was kind of a doozy. Don't think I've ever experienced snow, sleet, rain, wind, lightning, and thunder simultaneously until tonight. And for some time, I kept hearing the distinctive, repetitive sound of footsteps on my roof. It unnerved the cats, and they all skulked off to hide. I took my camera and went outside for a bit, but couldn't spot any supernatural entities lurking about. Lots of snowflakes with delusions of grandeur, though — some as big as the Cockroach What Ate Cincinnati.

Now, back into the warmth, which I am very thankful to have. I hope whatever's walking around on my roof doesn't poke holes in it.

And a late addendum. I had no sooner typed the above when the power went out. Fortunately, the house didn't get too cold, and the electricity was restored sometime around 1:00 AM. Things are returning to normal.... as they said in Invasion of the Body Snatchers.... 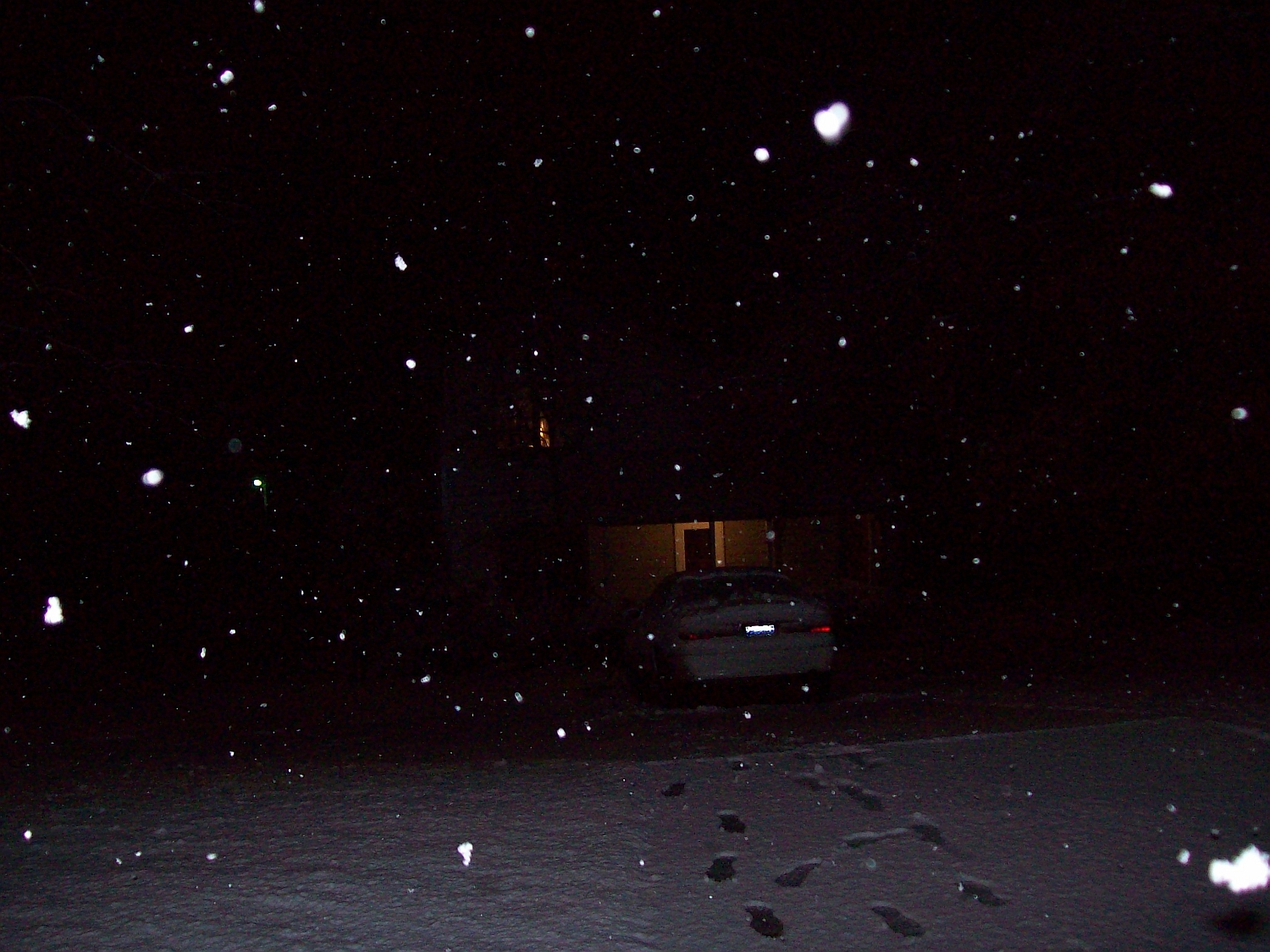 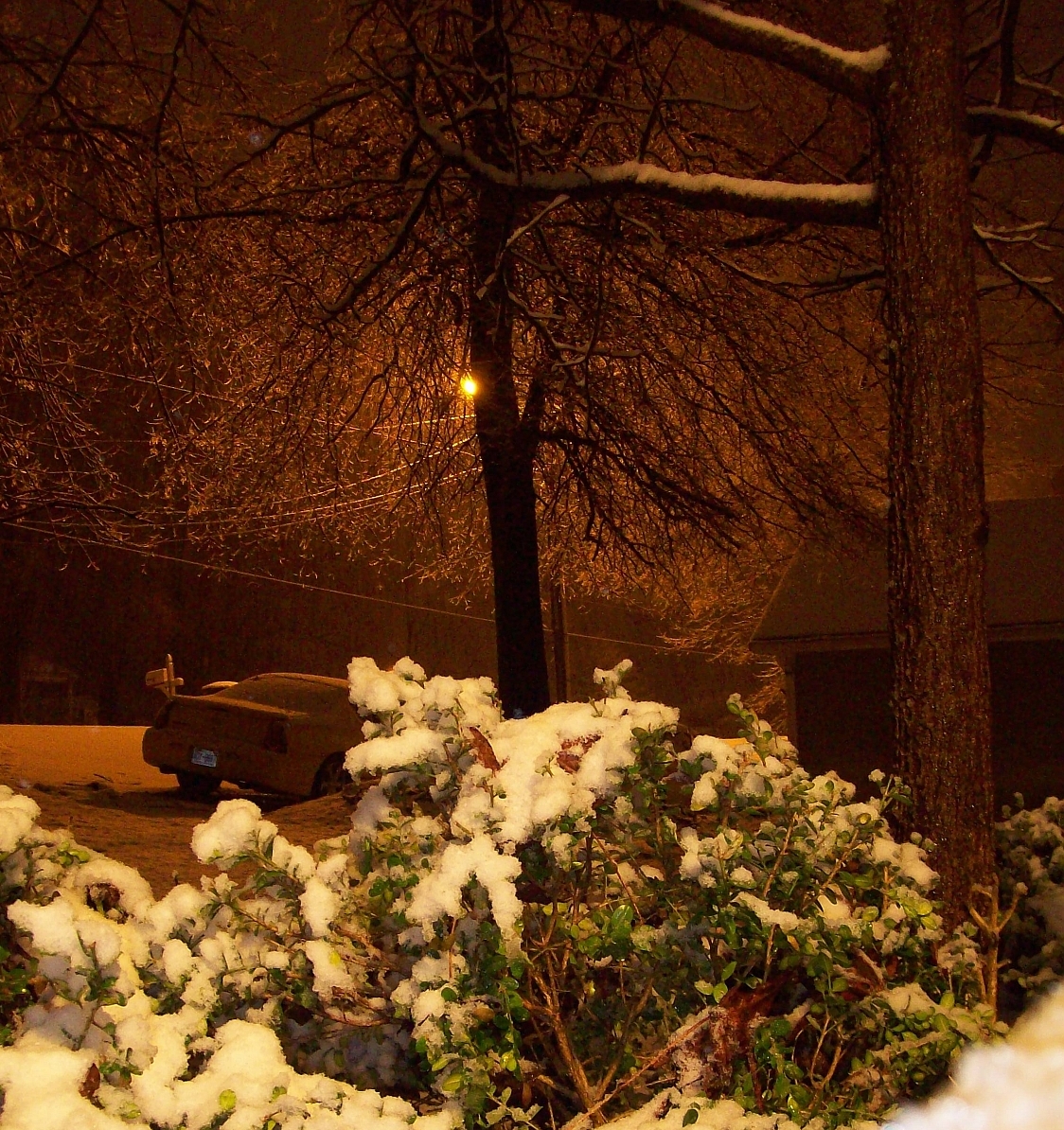 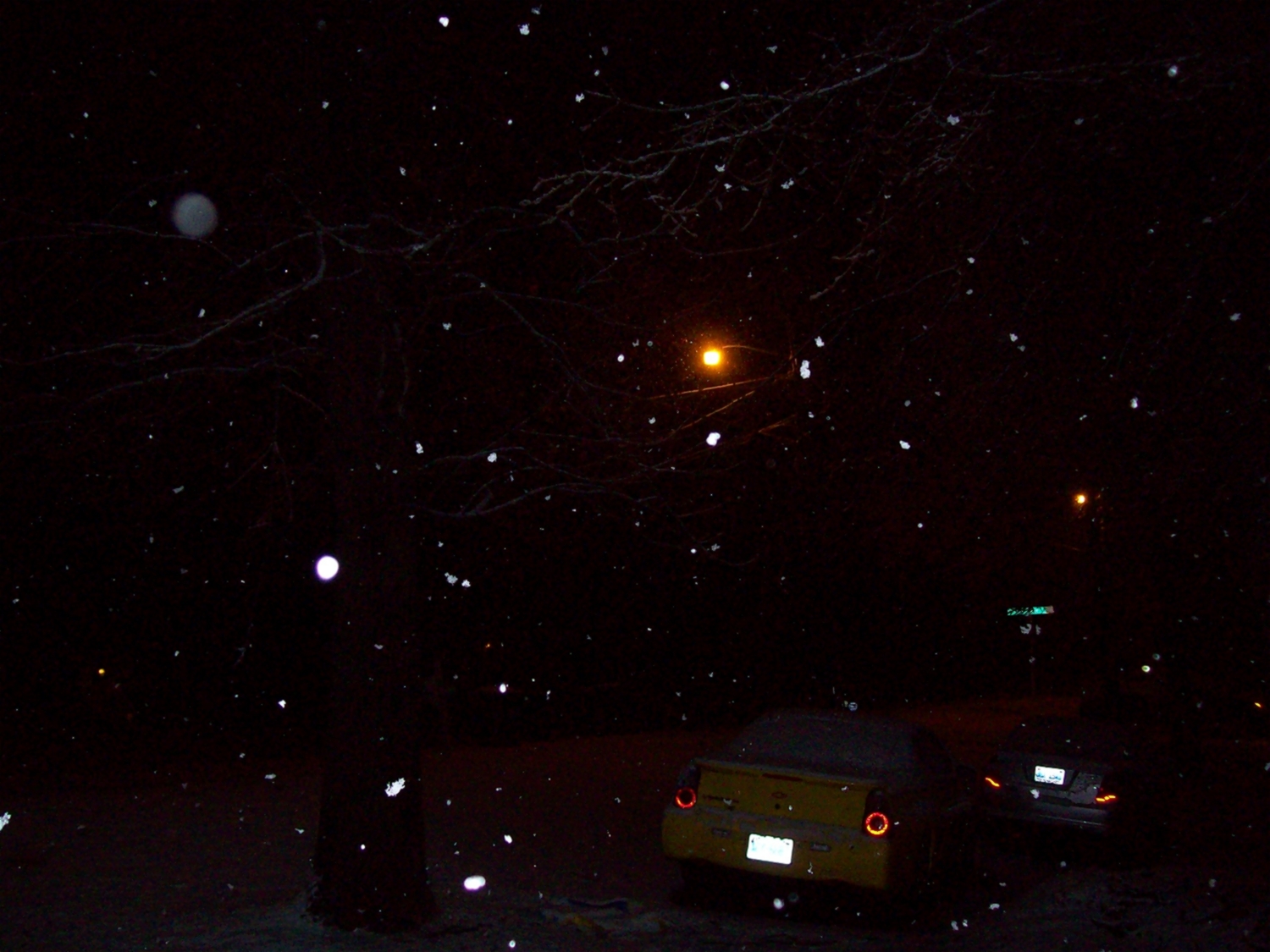 You guys were lucky. The snow completely missed us here in Charlotte, save for a few errant flakes mixed with the rain at around 10 pm.