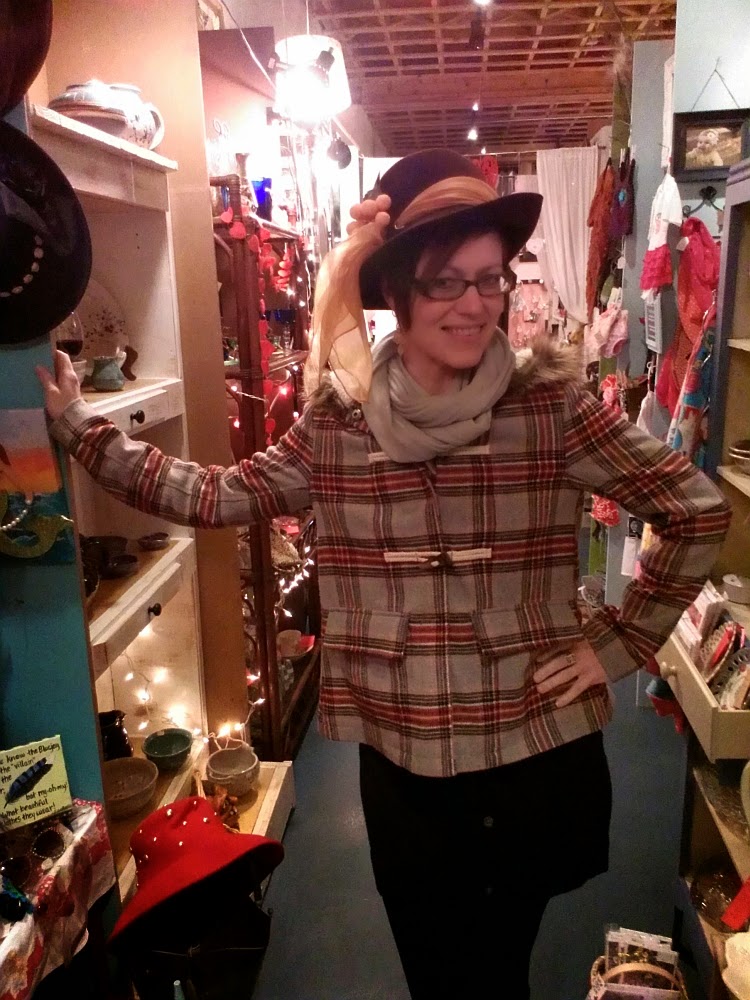 I've never been particularly fond of Valentine's Day — in my book, it's just another irritating Hallmark Holiday whose less-than-romantic origins have become irrelevant — but in recent years, Ms. Brugger and I have had enough pleasant February 14 experiences to actually overcome my disdain for it. This year's celebratory outing was about as enjoyable as one could be. We ventured over to Kernersville, which, if you're not from around these parts, is a fairly small community between Greensboro and Winston-Salem, with a rather classic small-town central business district that offers a handful of shops, bars, and restaurants suitable for an evening's entertainment. We had an excellent dinner at Bistro B, which we have visited on numerous occasions, all highly satisfactory. Their wine list is impressive; the chef turns out some of the best and most varied small plate dishes I've had anywhere; and the service has always been impeccable, as it was again last night. For Valentine's Day, they had a special pre-fixe menu, which suited my tastes wonderfully, but as Ms. B.'s palate can be rather peculiar (he said from the safety of his keyboard while she is many miles away), the staff happily accommodated her in substituting a couple of items on the menu. In the end, it was as good a Valentine's Day dining experience as any we've had. 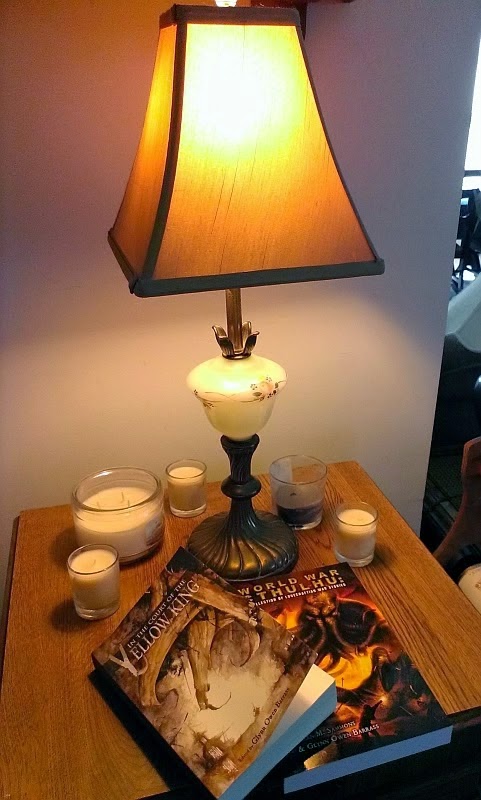 A couple of years back, after a dinner at Bistro B, we discovered a little shop down the way called Eclection, which quickly became one of Ms. B.'s favorite places, well, anywhere. Its name couldn't be any more appropriate — they offer a juice, coffee, beer, and wine bar, nicely stocked; sweets and small plates from various local establishments; live music on weekends; and innumerable aisles and corridors filled with antiques, crafts, artwork, jewelry, apparel, home furnishings, and more, all provided by local artisans and vendors. You can enjoy a drink at the bar; in one of several intimate alcoves; or in the main entertainment area up front, which is relatively new — the last time we were there, it was still under construction. Or you can carry your glass of wine with you while wandering among the booths and cubbies filled with handmade and one-of-a-kind items that even an old curmudgeonly dude such as ye writer with no general interest in such things does mightily approve. Indeed, I've come away from Eclection with a few nice items myself, such as the living room lamp you see pictured above right.

Last night, live music was provided by Joey Barnes, formerly a member of the band Daughtry. It was an enjoyable one-man show, and the house was full — the first time we've ever seen such a crowd there. Back before the shop began bringing in honest-to-god live acts, I made a little guitar noise there at one of the improvised jam sessions they used to host. The folks they bring in now are much better, yes. I quite hope the shop continues to pull in plenty of customers for the long haul because it really is a treasure, the likes of which I would love to see gracing the business districts of little towns everywhere. It's the consummate small business, and supporting it benefits both the establishment and the artisans who provide their eclectic wares. If you're in the area, I strongly encourage you to stop in — it's Eclection, 221 Main Street, Kernersville, NC 27284. You'd be hard-pressed not to find something you absolutely positively just gotta have, even if it's a good glass of wine, coffee, or craft beer.