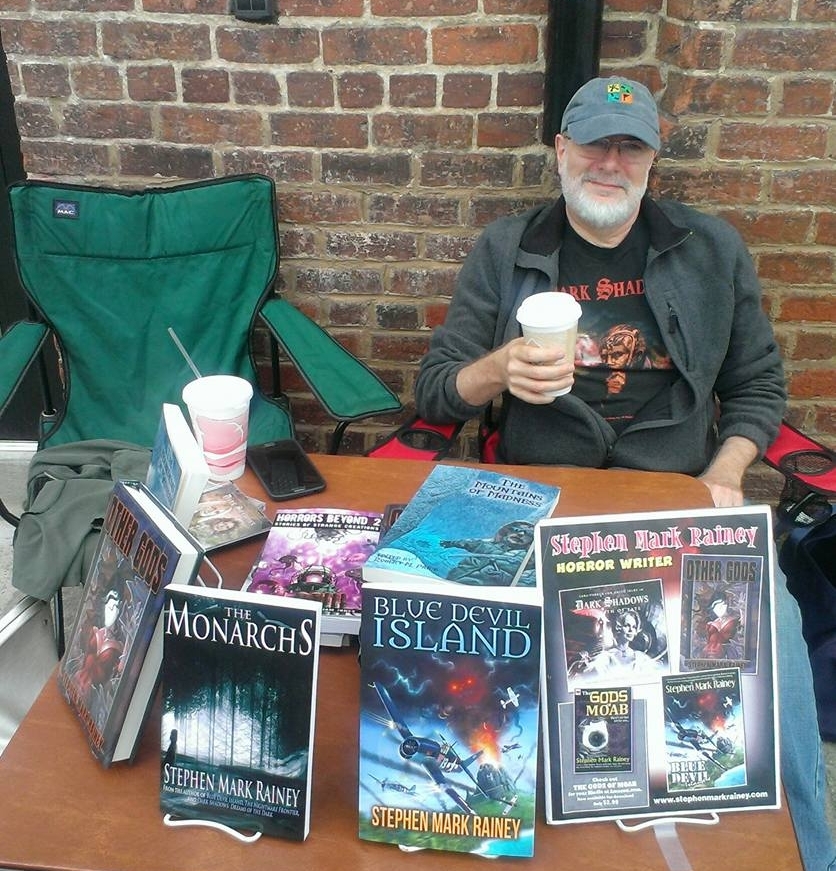 As is customary, yesterday's Spring Book Festival at Brewed Awakening in Danville, VA, opened in the great outdoors, with a quite a few authors in attendance, but by the end of the first hour, gathering clouds had begun to ooze a pervasive mist, which eventually turned to rain, and in the interest of preserving our wares, most of us moved quickly inside. Fortunately, the shop, which is half café, half bookstore, is large enough that it accommodated both authors and customers without undue discomfort. The weather definitely had a negative impact on attendance and sales, but at the end of the day, it still proved profitable, and both Kimberly and I quite enjoyed the event. Brewed Awakenings, owned by John and Bonnie Helms-Hale of Martinsville, VA, occupies the lower floor of one of the historic buildings in Danville's newly renovated warehouse district and, in addition to a respectable stock of literature, offers a wide variety of coffee, tea, sandwiches, and other deli items. 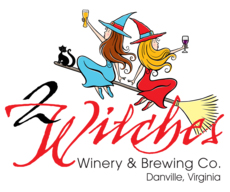 Ms. B. and I had gone to Martinsville on Friday, where we spent a pleasant evening at Mum's in the company of some decent wine. It turned out to be a beautiful night for sitting under the stars on the back deck, with tiki torches burning. I might mention that Martinsville is known for its population of sizable arthropods, and we met a couple of them this weekened — a great big june bug, which dropped in unannounced for a personal wine tasting (fortunately, Kimberly's glass, not mine), and a dragonfly of prehistoric proportions that we discovered hanging on her bedroom window. And after the book festival yesterday, we decided to check out 2 Witches Winery and Brewing Company in Danville, where we each enjoyed a glass of Cabernet Franc on their expansive covered porch, sheltered from the rain. Currently, 2 Witches offers only a handful of wines, mostly still young, but a large selection of craft beers, which we didn't try on this visit, but which I imagine I could be convinced at something less than gunpoint to sample on a future trip.

And since my 5,700th birthday is coming up on Monday, Kimberly treated me to a nice celebratory dinner at The Golden Leaf Bistro, which we have enjoyed on several previous visits. And though I have long since cleared the list of geocaches in Danville, a particularly daunting cache awaited me on the way back to Greensboro. After a couple of fruitless attempts to find the mean little bastard during this past week, this time I managed to lay claim to it. Some caches require you to think outside the box; this one, not so much.

Happy bleepin' birthday to me.