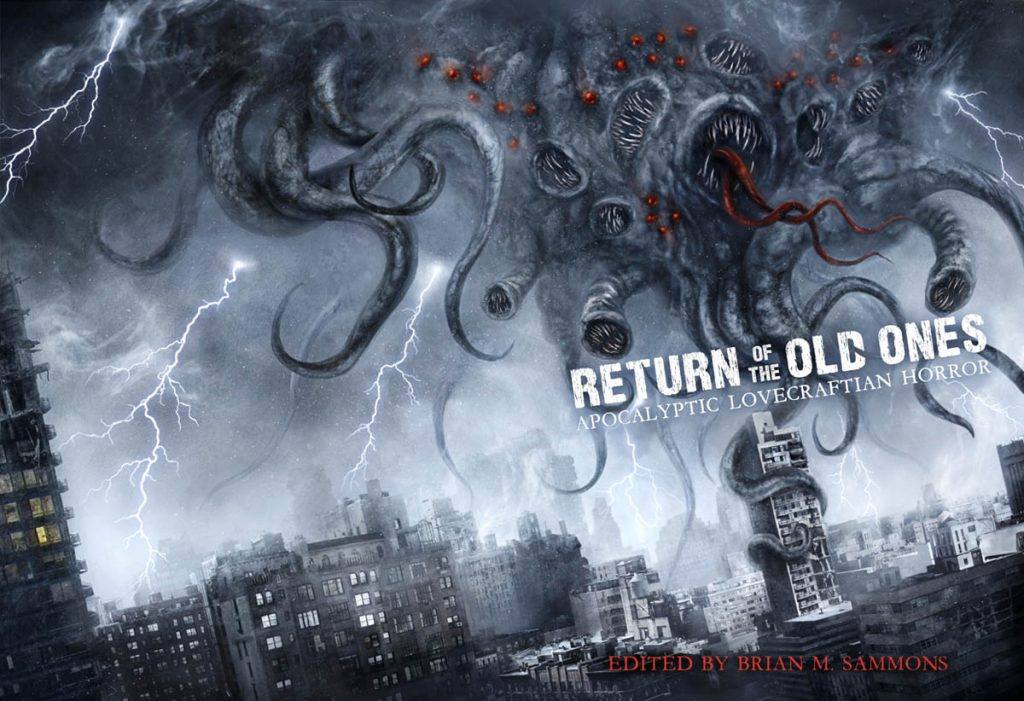 Dark Regions Press is officially announcing three new horror anthologies, including Return of the Old Ones (edited by Brian M. Sammons), which features a right scary little tale of the Cthulhupocalypse, titled "Messages From a Dark Deity," by this old man. Dark Regions is kicking off an Indiegogo campaign for all three books, with a regular smorgasbord of perks and extras, much like their highly successful campaign for World War Cthulhu (which featured another of my Cthulhu Mythos tales, "The Game Changers"). The other two anthologies are You, Human (edited by Michael Bailey) and The Children of Gla'aki (edited by Brian M. Sammons and Glynn Owen Barrass).

"Messages From a Dark Deity," takes place during the days leading up to the eve of global destruction, seen through the eyes of an investigative journalist. As the world around him becomes increasingly more bizarre, he attempts to deny the evidence of his senses, attributing the horrors he witnesses to some kind of hysteria, but Nyarlathotep — the messenger of the Great Old Ones — refuses to allow him even this dubious comfort.

The fantastic cover work you see above is by Vincent Chong. For more details about all three anthos and their attendant perks, visit the Dark Regions Indiegogo campaign page. And here's the promo video — knock yourself out on these visuals.