Orchestra of the Antisemite 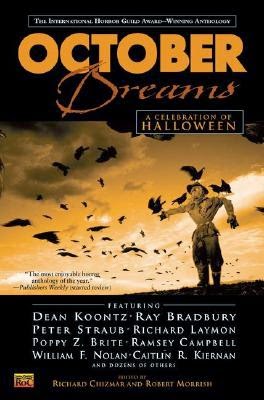 I just chanced upon a kind review in a blog — from 2014 — of my story "Orchestra," which appeared in CD Publication's October Dreams some years ago. It's the same story that led at least one reviewer to conclude that I must surely be antisemitic because "only someone who harbors a hatred of Jewish people could come up with such a story." My character was an exceedingly nasty entity who sprang from Old Testament days; he did despise the Jews and acted on his hatred in unabashedly brutal fashion. However, attempting to psychoanalyze an author based on a single work is, to my mind, an exercise in futility, not to mention less than professional. In the case of "Orchestra," my delving into the character's deviant mindset was neither easy nor pleasant, yet in the context of the story, it served a crucial dramatic purpose. It's natural enough for readers to attempt to glean what they can of writers' personalities based on their writings; however, If authors — particularly those in the business of horror — were to be defined by the actions of their characters, most of us would have to be chained up and locked away. In my experience, many writers who've portrayed the worst possible human beings in their work are themselves individuals of the highest caliber. I'll not necessarily make that claim, but I think it's fair to say I'm anything but antisemitic. I'm actually a fairly well-rounded misanthrope. I'm pleased that this particular reviewer "got it."