Riding the Storm Out 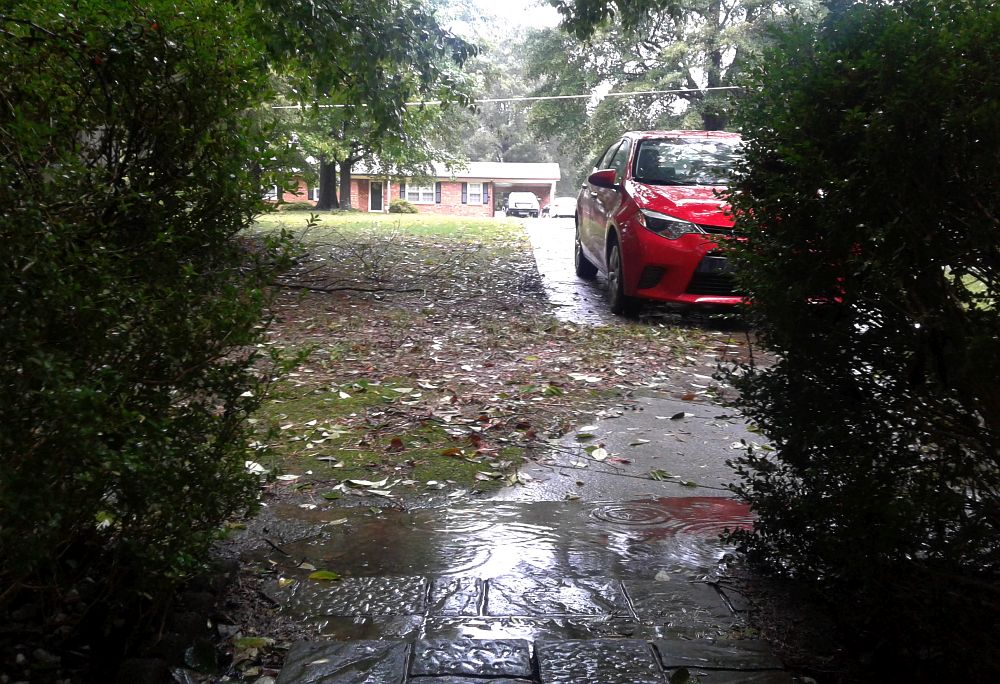 Hurricane Florence hit the east coast hard the past couple of days, especially along the North and South Carolina coasts. Here in Greensboro and other areas of the Piedmont, we've all battened down the hatches (and cleaned out the bread and milk from every grocery store), but so far, we've avoided the brunt of it. Florence has been downgraded to a tropical storm, and despite a few deluges and some big winds, the damn-near apocalyptic event so many expected hasn't materialized. This is not a complaint.

That said, it's still dumping rain, and as anyone who follows me on social media probably knows, we lose power here if someone spits on the road. There's been a lot of spitting, and there's still a couple of days left of it in the forecast. I'm immensely thankful to have weathered things so well to this point. Hoping for the best until this beast passes into history.

I can probably go ahead and break into the hurricane snacks I stocked up on. Not bread and milk, I'll have you know.
Posted by Stephen Mark Rainey at 10:08 AM