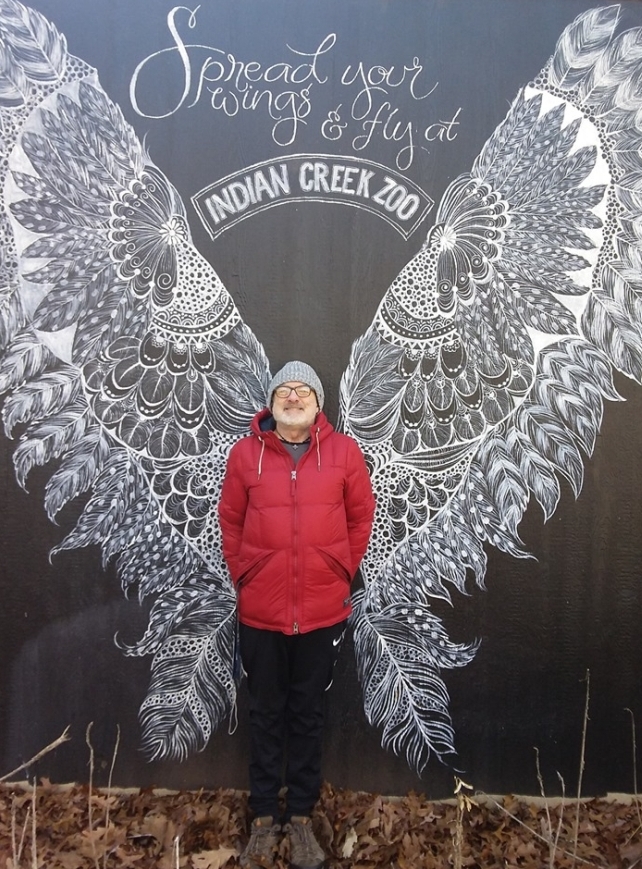 This weekend I received the devastating news that Greg Shoemaker — consummate giant monster fan, gifted editor, friend, and, in many ways, one of my earliest creative mentors — passed away on Friday. If you're reading this blog, there's a fair chance you either knew him or knew of him. Greg rightfully earned the reputation of having birthed daikaiju fandom in the United States, most notably via his long-running fanzine, The Japanese Fantasy Film Journal, which I discovered as a lad of 10 or 11 in 1970. At that time, living in the little town of Martinsville, VA, I was already a diehard Godzilla fan and an aficionado of giant monsters in monsters in general. As such, every month, I picked up a copy of Famous Monsters of Filmland, always hoping to find photos of and articles about Godzilla, kith and kin. In one issue, in the Classified Ads section, I happened upon a listing that advertised the "Godzilla" issue of something called The Japanese Fantasy Film Journal. It cost a whopping 35¢, so I sent off a quarter and a dime to the editor.

For a while, nothing arrived, and I began to get frustrated. Then, one day, a manila envelope showed up in the mail. The return address indicated it was my long-awaited issue of what came to be known as JFFJ. When I opened it, I found, not a "Godzilla" issue, but one devoted to Frankenstein Conquers the World, a movie I had never seen but had heard of — once again, in the pages of Famous Monsters. In the editorial, called "In Right Relations," ye editor, Mr. Gregory Shoemaker, apologized to readers who had ordered the Godzilla issue via FM. Due to the lag time between the ad's submission and publication — and because the ad had drawn considerable attention — that first issue was no longer available. Thus, Greg filled the order with the most recent issue, which was #4. At first, I felt a tad disappointed. I had really wanted Godzilla. 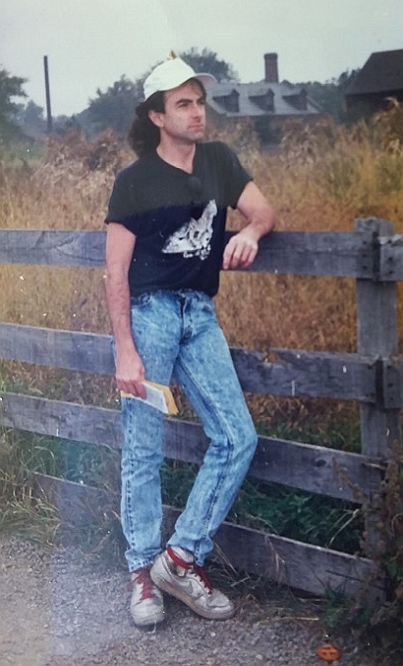 Well, I was disappointed until I started reading the text in the cheaply printed mimeographed fanzine. Holy cow, this thing was filled with serious, critical writing. The editor and the various feature writers took these movies as seriously as I did. It wasn't like the pro magazines of the day, which mostly made fun of my favorite monster flicks. And thus I was hooked. I sent in my couple of bucks for a subscription. And thus began my love affair with JFFJ. Not only that, I fired off a letter to Mr. Shoemaker, expressing in gushing terms how much I enjoyed the fruits of his labor.

Greg wrote me back a long, thoughtful, appreciative letter. He was clearly a bit older than I, and most definitely wiser. In my decade-plus-change-long existence, I had never met anyone as well-informed about my favorite movies as Greg. We began a longtime correspondence that lasted decades.

In those days, I wrote and illustrated my own Godzilla stories, which I confess were dreadful, but I sure enjoyed creating them. I sent several of them to Greg, hoping he might find them thrilling beyond words. He promptly wrote back with encouraging but brutally honest criticism. That he failed to recognize the brilliance of my work disappointed me no end, but somehow, I took heart in the fact he had taken the time to recommend artists I should study, authors he thought might positively influence me, thus giving me hope I might improve enough for my work to one day grace the pages of JFFJ. He motivated me, creatively, like no one else to date ever had. I drew. I practiced. I threw every bit of my creative energy into producing work that might somehow impress the one guy on earth I knew I had to impress.

Greg did it. He accepted some of my art for publication.

It wasn't long afterward that I decided to try my hand at publishing a fanzine of my own. I studied the layouts of JFFJ, the styles of the various writers, the placement of the wonderful art that accompanied the articles and filmbooks. And in 1974, at age 15, I produced the first issue of Japanese Giants, which was devoted to Destroy All Monsters, a movie JFFJ had not yet covered in depth.

The history of JG is a whole 'nuther story. The first issue wasn't much to look at, but it was a true labor of love. By way of a couple of other publishers I became acquainted with, JG actually lasted until the early years of the 21st century. Without question, Greg Shoemaker had more than a small hand in JG's success, despite the fact he considered it "the competition."

I met Greg face-to-face for the first time in 1982, when I went to Chicago to visit my friends Ed Godziszewski and Bill Gudmundson, fellow monster fans who had also come together via JFFJ (not to mention they became the Japanese Giants Guys). I had visited Ed and Bill in 1978 and 1979, and in 1982, I began dreaming of actually moving to Chicago to be there with the Japanese Giants Guys because, really... where else would I want to be? In August of 1982, I flew back to Chicago for an extended visit, having no idea that the World Science Fiction Convention was happening there at the time. But it was... and Greg had come into town to attend. Wow, what a serendipity. I met him for the first time at the convention center and thought, holy cow, this guy is Neil Diamond. Well, he did kinda look like Neil Diamond (except he was far more handsome).

In our continuing correspondence, above and beyond monster business, Greg and I talked music, art, life, everything. His tastes influenced mine, always for the better. He spoke his mind honestly, sometimes bluntly, but never without empathy. Despite his strong convictions, he communicated with humility, compassion, and respect. He loved animals. Like me, he sometimes seemed to relate to them more strongly than people.

Sure enough, in 1983, I moved to Chicago. In 1986, when I got married, Greg came to Chicago to attend the festivities. He met my parents, who remembered how profoundly he had influenced me during my teens. In the early 2000s, I had the pleasure of hanging out for a few extended periods with Greg at a G-Fest or two in Chicago. Perhaps ironically, it was about the time that Facebook became the preferred means of communication that our contacts became less frequent. But Greg had always told me he was somewhat reclusive. He had little affinity for social media.

In this past decade, my communications with Greg have been relatively few — mostly via Facebook. Greg wasn't old (he was 72). I guess I somehow expected him to be around for a long time yet. I've never, ever stopped admiring him or remembering how deeply our interactions in my formative youth affected me. I recall that, in our correspondence in the 80s, I had let him know this, at least to some extent. Now more than ever, knowing he's gone, I wish I could have the chance to reiterate that fact. To let him know that he influenced my life not only directly, but indirectly. Despite the recent, relative rarity of our communications, at no time has Greg not been close to me in heart and mind.

To be honest, I have no idea how my existence impacted his, if at all; all I know is that he cared enough for me and about me to willingly share quite a bit of his life with me. I respect and love that. I am, at this moment, heartbroken. But we are all bound for the same destination, and I trust Greg has gone at peace and with the knowledge that his existence touched others deeply. I know I am far from the only one he touched in similar fashion.

Farewell, my friend Greg. I will remember you always. 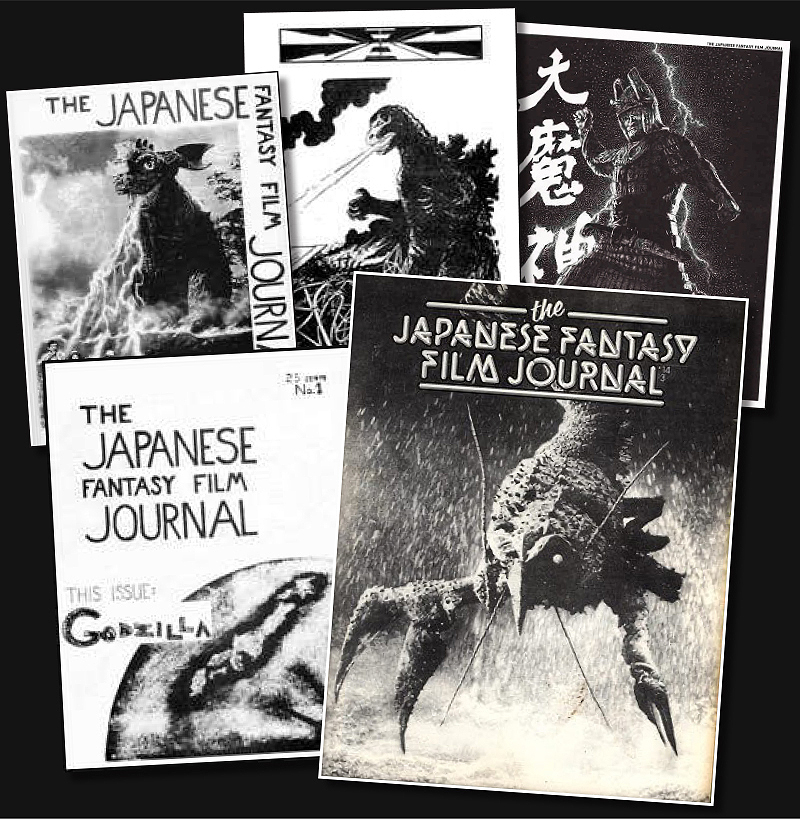 Thanks to Darlene Michalski for the photos of Greg. I have a few of him from Chicago in the 1980s, tucked away in the vault. It's a massive job, searching the vault, but I do hope to turn up some of those pics.
Posted by Stephen Mark Rainey at 7:55 PM