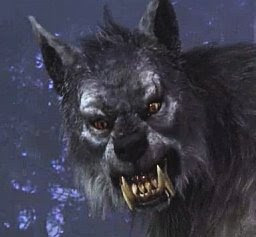 After going great guns on the latest writing project for several days, I took a break yesterday and hit the trail to grab a couple of geocaches. I was a pretty fair distance out on the Osprey Trail, near Lake Townsend, just north of Greensboro, when something came barreling through the woods, a couple of hundred feet away. At first, I thought it was a deer—it looked to be about the size of a big buck—but as it leaped over a fallen tree, I saw that it was dark gray and had a long, bushy tail. There were too many trees between it and me to get a real good look at it, and at the speed it was running, it was out of sight in a few seconds.

I don't think it was a dog, and it was way too large to be a fox. Possibly a coyote, as they do come around these parts now and again, but if so, it was sure a big one. Whatever it was, I'm kind of glad it went hauling ass in the other direction, rather than right at me.

The rest of the hike, I kept a sharp eye out, but I never saw nor heard any further sign of it or its kin. It was the one time I've hit the trail without taking my phone along, and for a while there, I rather wished I had it with me.

I did find a couple of nice caches, at least, making for a grand total of 329. I expect I will add several to that tally this coming weekend.

Other Gods, by the way, is now in stock at Horror Mall. Get out there and snag yourself a copy, if you've yet to do that snagging thing.