To the Ancient, Forbidden City of Selma and Back 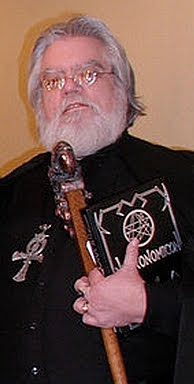 Gathered my courage and my GPS to make the journey to the forbidden city of Selma, NC, yesterday, to visit the old high priest of Cthulhu himself, Doktor Robert M. Price, and the slightly less venomous Ms. Carol Selby Price. Joining us, Stephen and Elizabeth Stiles and their pair of young 'uns—who about floored me with their extensive knowledge of Toho's daikaiju movies. We watched that rarest of animal, a Toho fantasy flick I'd never seen before, Yamato Takeru (1994), which featured a monstrously cool monster—Orochi, the mythological eight-headed dragon, on which King Ghidorah's design was largely based. Some very decent monster SPFX, for sure, though the movie as a whole didn't always hold up so well, particularly the climactic Hydra-vs.-MechaSamurai battle. Pizza and other goodies were included in the bargain, so it still made Mark a mighty happy old dude.

Stopped off for an even dozen caches along the way, and the same number coming back today. Happily, I managed to snag a few that had eluded me on previous trips, though there was still one in particular that proved frustrating. Eventually, I will conquer that little rat bastard of a hide....

Many thanks to the Prices for their hospitality. Will hope to do it again soon. Next time, I shall endeavor to be more offensive, as I must infer that I failed rather dismally this time. Alas.
Posted by Stephen Mark Rainey at 3:30 PM