Beavers' Playgrounds, Whale Rocks, and Others 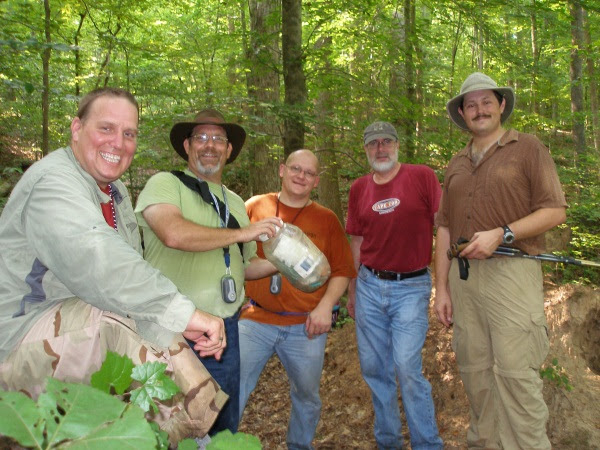 Night-Ranger, MarkCase, Keegrepus, Damned Old Flying Reptile Dude, and
Ranger Fox at Beavers' Playground.
Caching excursions frequently take me to fascinating places, and yesterday's outing to the Raleigh/Wake County area was no exception. Got up before the ass crack of dawn, met up with fellow cachers Mark Case, Rich "Night-Ranger" Colter, and Christopher "Ranger Fox" Hall, and hit the road, our primary goal being the oldest cache in Wake County, 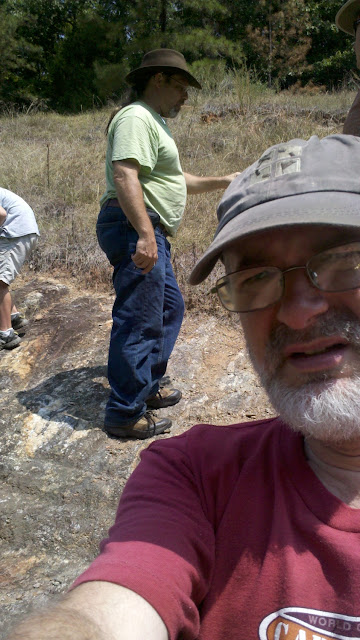 "Beavers' Playground" (GC17B). Once we got to the trail, we hooked up with local cachers Greg "Keegrepus" and Linda "Pink Dolphin." We trekked over hill and dale and ended up in an ocean of various species of tall grasses, much of which rose above our heads. Getting through it proved rather harrowing, for we could hear strange stirrings around us, and every now and then we sensed a distinctly evil presence—which I came to realize was almost certainly a herd of those legendary carnivorous bigfoot beavers that populate the backwoods of Wake County. We were lucky to get out of there with our lives. At least we did pause our panicked flight long enough to sign the cache log.

From there, we made our way to several other caches, eventually ending up at one called "Whale Rocks" (GC1HM37), so named because ground zero is one whale of a rock. Ranger Fox stomped on it. Poor whale rock. We also found a most interesting cliff along a remote roadside that is covered with garnet crystals. There were a couple of young rockhounds on the scene collecting samples, and being that Mr. Case is a teacher of environmental sciences, he got downright excited and pitched in to help the young 'uns in their quest. I brought home a nice little sample of my own. It's quite pretty, and it's also big and heavy enough to chuck at a bigfoot beaver should one decide to chase after me.

Last night, Ms. B. and I gathered with several friends at ye House of Albanese for dinner (homemade tacos) and a spot of wine....well, perhaps more than a spot. It was a fine ending to an exhausting but most satisfying day of physical activity. 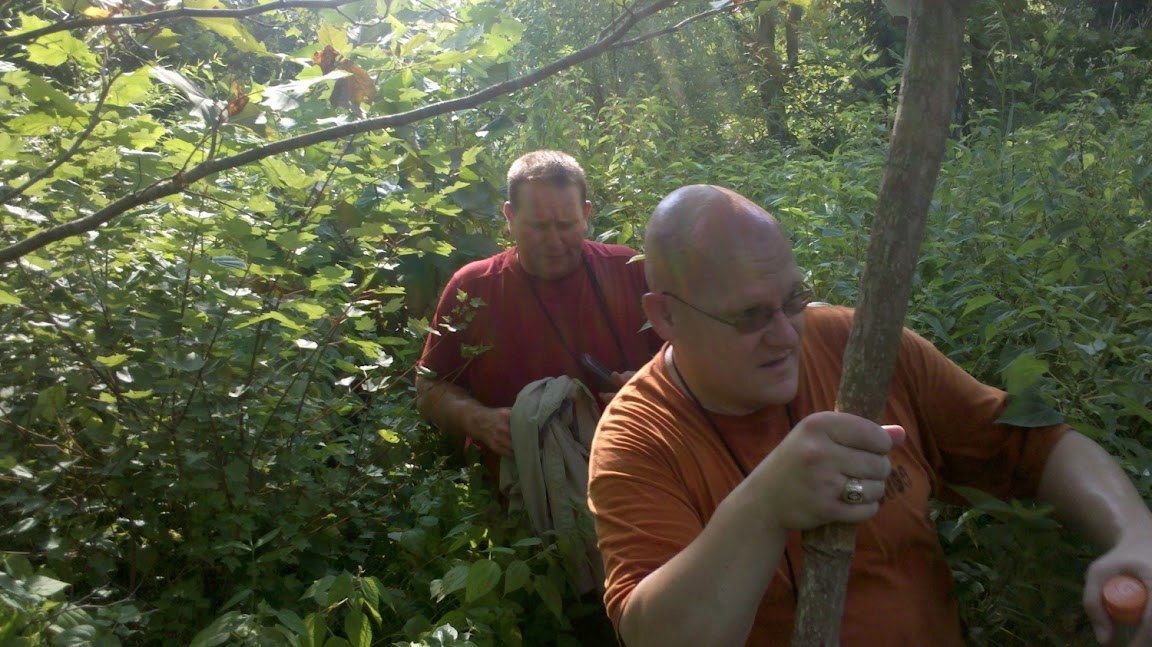 Keegrepus and Night-Ranger emerging from the beavers' lair. Note the expressions;
yes, they are fleeing in desperate panic from a herd of carnivorous bigfoot beavers. 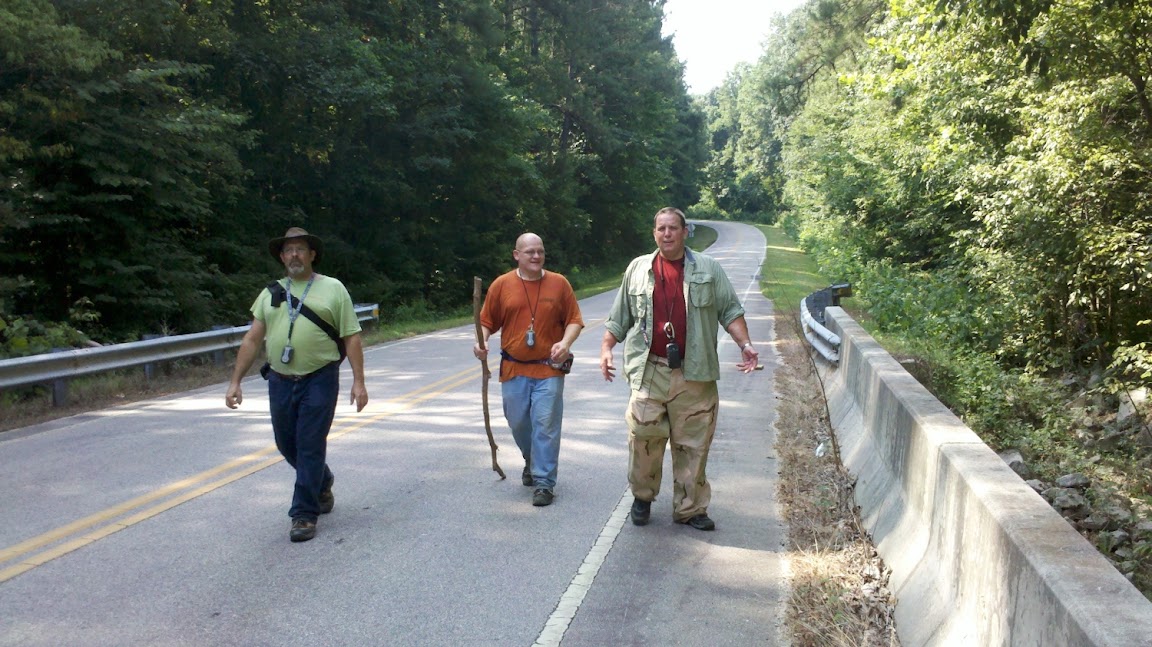 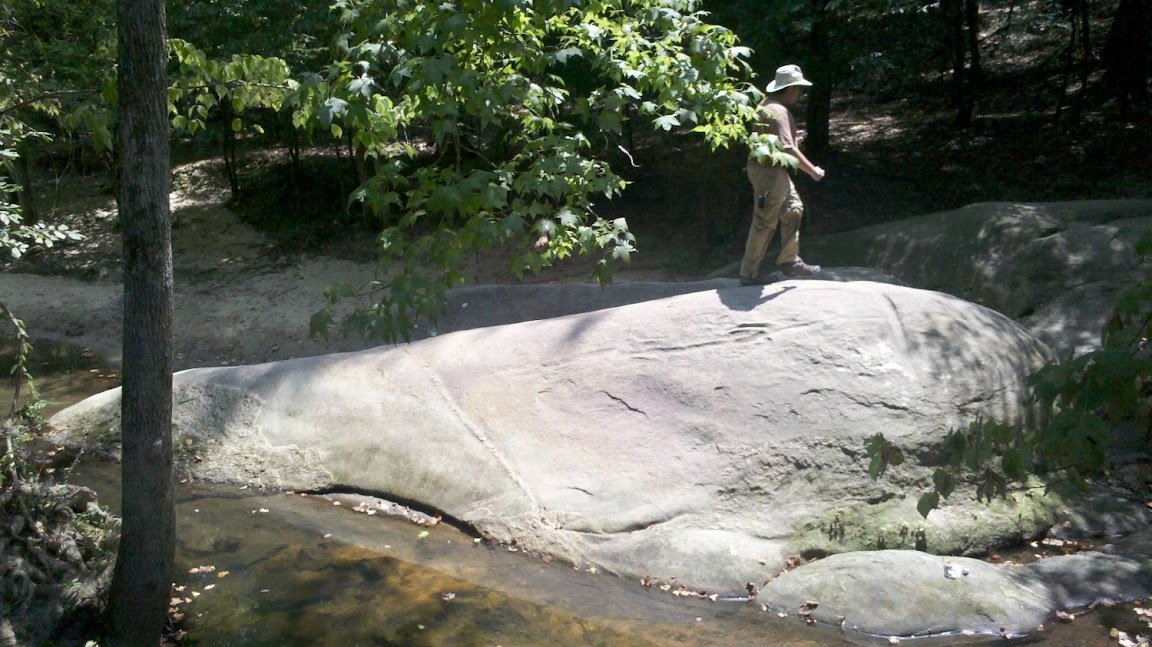