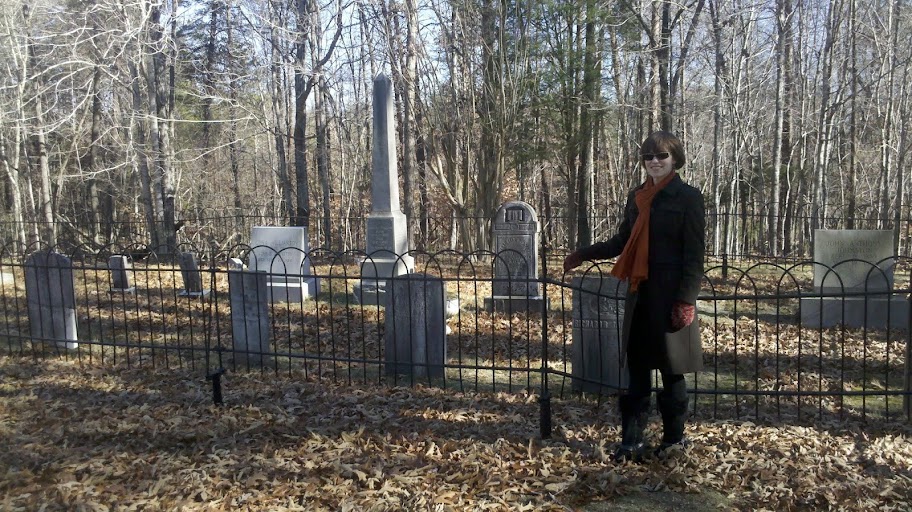 Brugger diggin' some graves at "Ruffin Lick a Fork" (GC384QK)
And a happy Thanksgiving to you too. I love the holiday season from Halloween through New Year's...and now it's only 341 more days till Halloween 2012!
Thanksgiving 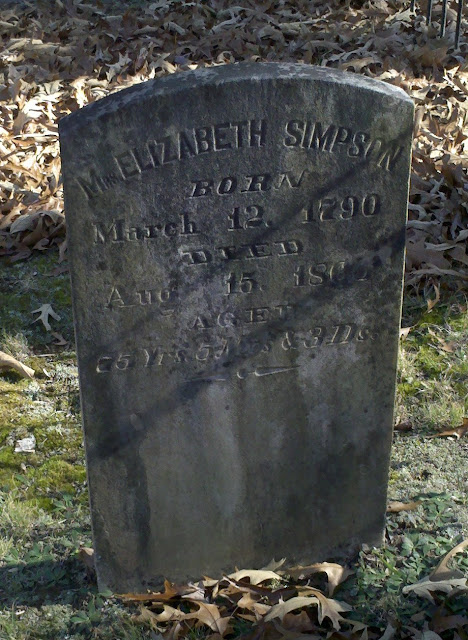 has traditionally been a big family holiday for us, and for me over the past few years, a nice caching holiday. No exception today for the latter; Kimberly and I hit the road this morning bound for Martinsville and turkey dinner with Mum, and—happily—there was a relatively new cache not too far up the road. Even better, it's hidden by a little graveyard near Ruffin, NC, and Kimberly and I were delighted to find the locale very scenic and serene. The graves themselves are quite old, at least one going back to the late 18th century. (Wouldn't you know it, still no sign of the walking dead around the place. What do you have to do to crash a zombie shindig anymore? Jeesh.) I snagged the cache readily, took some pictures of the graveyard, and then realized that we were fairly close to a place called Gravity Hill, which has an interesting little story attached to it. There's a cache there, which I had found a couple of years ago, but I had not availed myself to the experience that lies in store there. We figured today would be a good day to go check it out.
It's like this: In rural Pittsylvania County, VA, at the intersection of Oak Hill and Berry Hill Roads, if you park your car on Oak Hill Road, which very clearly rises northward, and put your car in neutral, it will begin to roll, gradually picking up speed...uphill. Kimberly and I did this thing, and—sure enough—before we knew it, the car was booking up the hill with no engine power whatsoever. Disconcerting to say the least!

Then it was turkey, dressing, gravy, green bean casserole, corn, and Mum's famous cranberry salad, rounded out with Damned Rodan's own pumpkin pie. Sadly, my brother was unable to be here for the holiday, and the house seems a bit vacant without him, and thus a little melancholy. Still and all, it's been a very pleasant day. At the moment, certain other folks have gone off to nap, while I am giving some thought to certain upcoming caching activities.
Hope you have plenty to be thankful for and loved ones to celebrate with.

Click the pics to enlarge.
Posted by Stephen Mark Rainey at 2:43 PM