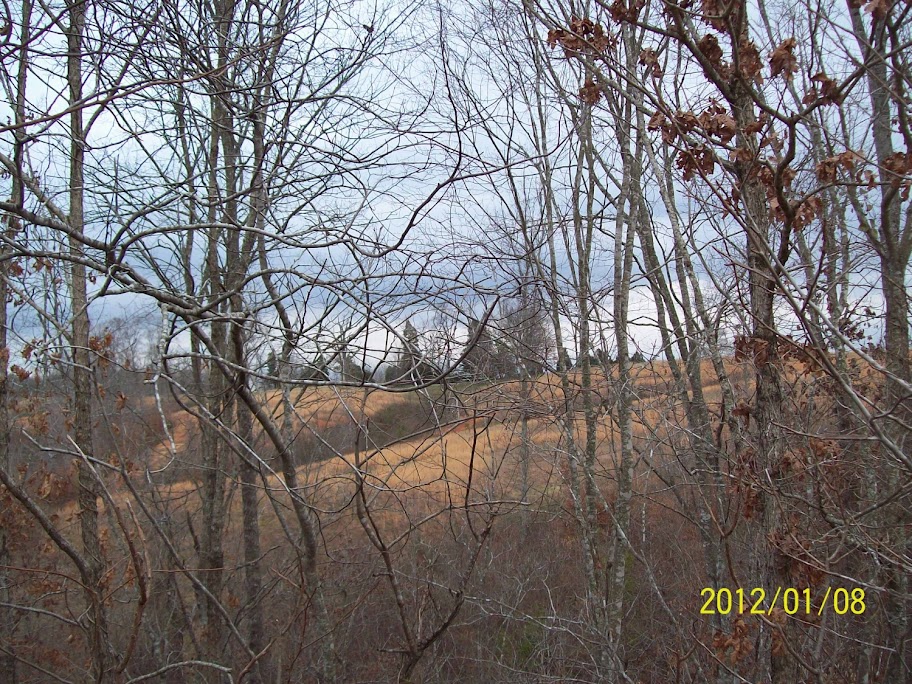 Too busy and/or preoccupied to blog this past week, apparently. Back to work after the most satisfying long holiday, lots of writing, activities on the caching trail, being social (or something like that). Spent most of the day yesterday across the border in Virginia. Headed out to Fieldale, met up with Tom "Night-Hawk" Kidd, grabbed a new cache (alas, missed out on the first-to-find, though I did get several this week, including one today), and did a little maintenance on "Cachefishing" (GC1PA13). Then it was over to Danville to grab a few new ones, mostly on the Richmond & Danville Rail Trail, out east of town.

I'm never uncomfortable out hiking alone, and certainly not on this trail. Still, there's something about it, more so than many of the trails in this region, that speaks of a certain eeriness...no doubt because it goes way out into picturesque, sparsely inhabited country, where my writer's mind can concoct all kinds of...uncomfortable...scenarios. From end to end, the trail is about five and a half miles; I've biked the whole thing once and hiked portions of it several times (most notably for Triskaphobia, one of the truly memorable cache hunts of late). Yesterday was a temperate but gray day on the trail, and I ended up actually meeting a couple of young women, also geocaching, from South Boston. We found a few together, and then parted ways.

The rest of the hike, I didn't see another living soul. Yet I could constantly hear sounds of distant life: occasional gunshots (lots of hunting gr 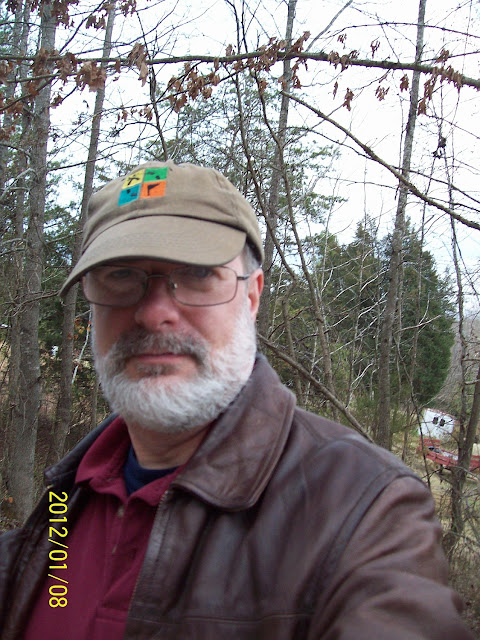 ounds out that way), lonely birds, furtive voices, and dogs howling—quite mournfully, which only intensified the impression of remote isolation. All most conducive to mentally composing creepy tales, though my mind was admittedly more occupied with hunting the caches at hand. The trail runs past the very serene Mt. Zion Cemetery, where, I am quite certain, zombies gather in their free time, although I didn't actually see any yesterday. Of course, I stand a much greater chance of being accosted by the unsavory living than the not-so-dead, but then that's what makes the prospect all the more entertaining....

When I arrived back at the Rodan Mobile at the Shawnee Rd. trailhead, I performed my good deed for the day, or...well...for however long. There's a ton of trash out there—the disgusting, inevitable refuse of so much disreputable humanity. I spent about half an hour on cleanup detail and filled up a garbage bag, though I don't think I made a very significant dent in the mess. Come spring, when adverse weather may be less a factor, I think I'll sponsor a CITO (cache-in, trash-out) event at that trail head. Get a few cachers together, and the place will be damn near pristine again.

There's one more cache out at the other end of the trail, which I look forward to claiming in the very near future. 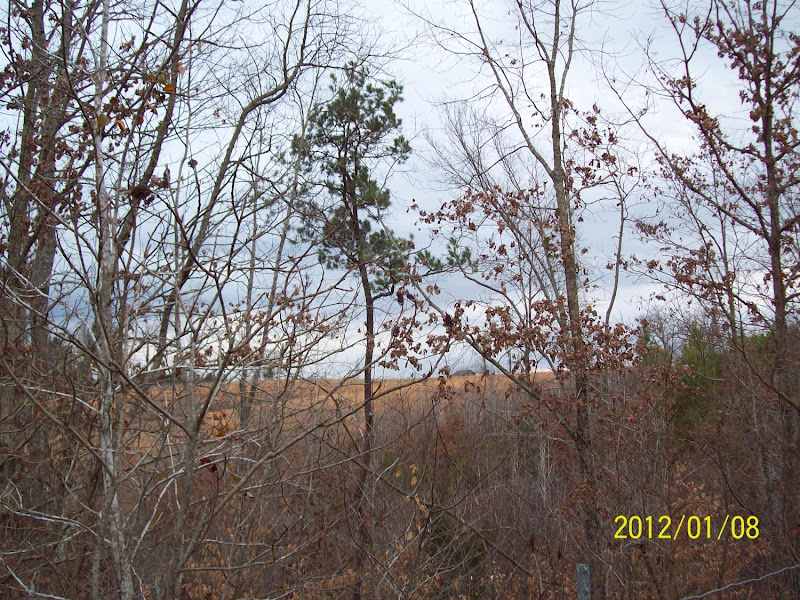 Sure, it looks like a peaceful, serene setting, but Night of the Living Dead started out
in just such a place, now didn't it?
Posted by Stephen Mark Rainey at 7:48 PM