The Amazing Electric Rock & Other Caches


I usually hate waking up before dawn on Saturday mornings, but this is the second weekend in a row I've done just that to hunt geocaches and a decent breakfast (see "Pilgrimage" for the true tale of woe). The alarm — i.e., three cats — went off just before my usual workday getting-up time, and since I was already planning to drive to Martinsville to help my mom with some IT tasks, I decided just to go straight for the highway. Several new caches in Danville had been published this week, and — perhaps only marginally coincidentally — I found myself experiencing one mighty powerful craving for a breakfast at Keith & Laura McCoy's Corner Cafe in Ringgold. So, I set my sights for that particular corner of the world and hit the highway just as the sun crept above the horizon. I must tell you; if you're in the vicinity and you don't give the Corner Cafe a try, there's something seriously wrong with you. Damn. Fine. Breakfast. To top it off, a bunch of geocachers from out east had come for a visit, and my old friend Mr. Norman "Spring1" Dillon was his own self present as well. That's one happy morning we're talking here.

The day started out cold as kraut — witness poor old Damned Rodan bracing himself against the frigid gusts in the photo, above left — but as the sun rose, the wind gave up the ghost and the temperature quickly turned almost too warm for comfort. There were new caches to be found in three Danville parks — Anglers' Park, Dan Daniel Park, and Ballou Park. All proved to be a mess of fun. A couple of favorites: a mailbox out in the middle of the woods, and when you open it up... there's a truck inside containing the logbook (courtesy of Keith & Laura); and a pair of rocks with an electrical plug sticking out of them. Shake the rocks, insert the plug into the handy outlet in an electrical box, and the cache container drops out of the bottom of the box (this one is courtesy of Klaussinator, who has provided a number of unique hides). Quite the awesome.

In Ballou Park, near a section of its extensive disc golf course, I stumbled upon a formation of rocks hideously suggestive of a shrine to the Great Old Ones. Nyarlathotep be praised and hogtied! Nyarlathotep evidently enjoys disc golf.

At the end of it all, I had added an even dozen to my cache count, bringing my total number of finds to 5,202. From there, it was on to Martinsville. I wrangled an excellent lunch at Walsh's Chicken (hot wings and french fries), and then it was on to Mum's to perform some serious computer maintenance. Eventually, I got around to the blogging, and we thank you for visiting. 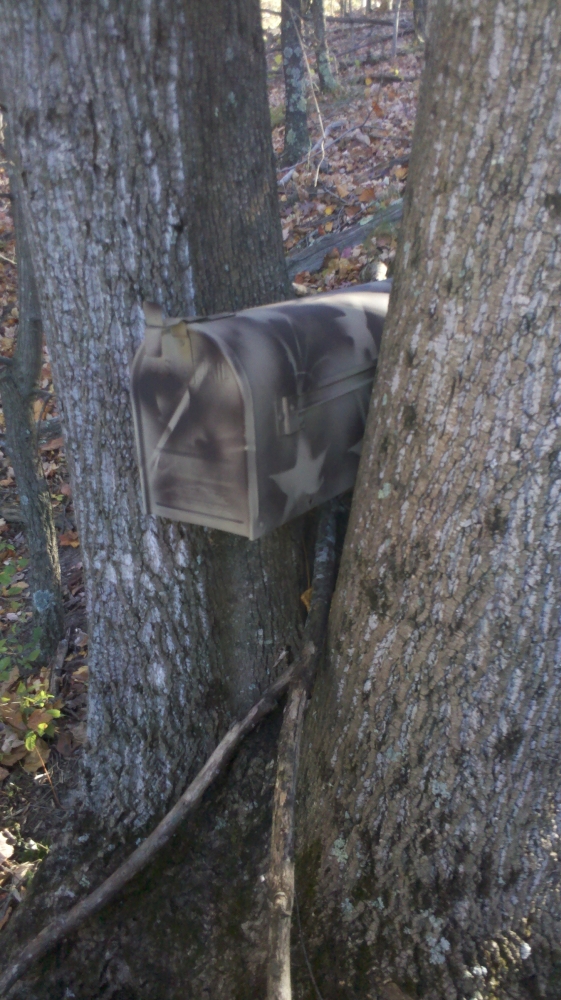 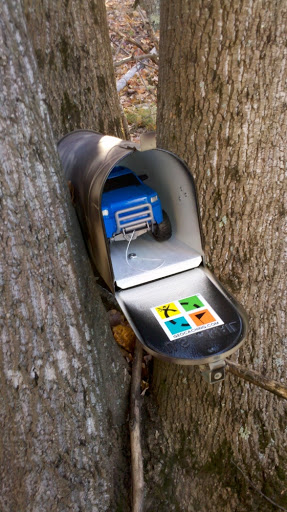 Posted by Stephen Mark Rainey at 12:20 AM