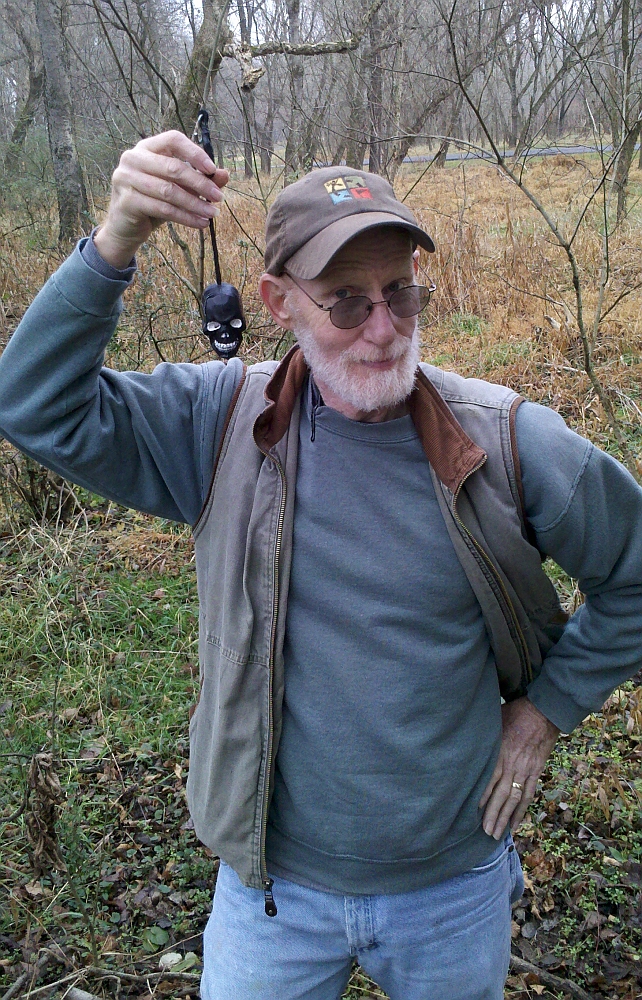 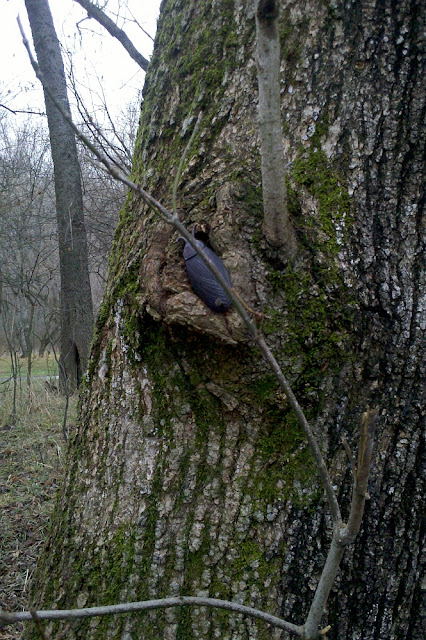 That's some little head that old Trail Dawg's got right there, wouldn't you say? Hey, and not to mention a big ol' bug. These are just a couple of the happy hides we uncovered in Danville this weekend — mostly at Angler's Park and on the Riverwalk along the Dan River. Every time I think there can't possibly be room for any more geocaches in that vicinity, a new bunch pops up. Mr. Isenhour and I spent the better part of yesterday exerting ourselves mightily and snagging a number of clever hides, followed by a big ol' whoppin' Ham's burger. Over a period of a couple of years, Danville has gone from having a scant handful of geocaches to becoming a regular Mecca of creative, oftentimes challenging hides (see "The Amazing Electric Rock & Other Caches," November 4, 2012; "Pastorale," January 9, 2012; "Nice Hat," July 21, 2012; "Caching Crew and the Blustery Day," February 25, 2012; "Triskphobia," December 17, 2011; "That Ol' Dan River," August 24, 2011; and others for numerous examples). Angler's Park, Dan Daniel Park, Ballou Park, the Riverwalk, the Richmond & Danville Rail Trail (a.k.a. The Ringgold Trail), and numerous other locations offer veritable craploads of hides for the most avid geocacher. There's a couple that you have to get into a boat and paddle up the Dan to reach. Good stuff in this town, yes, sir.
Posted by Stephen Mark Rainey at 11:09 PM