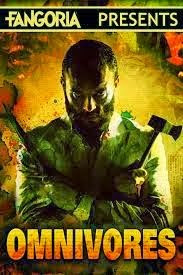 The other day, I received a coupon for a couple of free pay-per-view movies on Time-Warner cable, so tonight I decided to watch something I had never heard of, just to broaden my horror horizons, so to speak. I chose what proved to be a taut little Spanish thriller about cannibalism called Omnivores (Omnivoros, 2013), written and directed by Oscar Rojo, released domestically by Fangoria.

A renowned food critic, Marcos Vela (Mario de la Rosa) catches wind of what's known as "clandestine" restaurants, which cater only to the very wealthy and serve only the most exotic dishes. One such restaurant is reputed to serve human flesh, and though at first incredulous, Marcos pursues the leads he uncovers. Sure enough, he comes upon what appears to be a gathering of affluent, eccentric, well-dressed and well-mannered cannibals. Against his better judgment, he refuses to give up his investigation; instead, he delves even deeper into this mysterious "restaurant" — until turning back is no longer an option.

Omnivores borrows a little from The Texas Chainsaw Massacre, Hostel, Hannibal, and other movies about those with deviant appetites, and the storyline offers little in the way of surprises. It does offer decent acting; a sparse but highly effective music score; some truly gut-wrenching suspense; and a smidgin of gore, well-timed and just graphic enough to give me a more-than-customary touch of movie-induced jitters. I should not have enjoyed someone knocking at my door while I was watching this movie; I might have been compelled to answer with weaponry in hand. I can't recall the last movie that did that. It wasn't in recent years, I can tell you. The climax was foreshadowed early in the picture, but the ending still provided a minor, gratifying little surprise. In the end, the movie proved itself a slick, ultimately satisfying experience.

It was certainly appropriate that I watched Omnivores during dinner — spicy barbecued chicken with baked beans prepared with molasses, brown sugar, and bacon. It would have been better with dry red wine — not Chianti, though; with this movie, I would have fancied a Nebbiolo, I think — but since I had a bit of wine last night, tonight was a dry night.

If you have an appetite for an intense little thriller, give Omnivores a go. Order it rare. 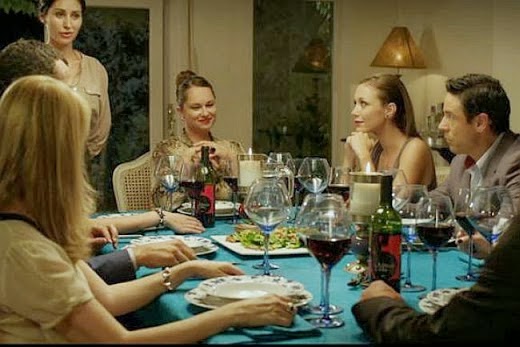 I think I'll skip this one.