After most of a week of feeling like warmed-over black death, it was nice to finally return to something like my normal state of abnormality this weekend. Happy enough it was that I spent today out on the caching trail with fellow writers/geocachers Andi "AndiMN" Newton and Chad "CJBowser" Bowser, mostly in the Winston-Salem area. Several miles of hiking, quite a few caches, no catastrophic accidents, and that's what I call a fine day. Highlights included a fairly lengthy hike and a prolonged search at a pirate-themed multi in Reynolds Park called Buccaneer's Beech (GCNNP6); a letterbox hybrid cache that ended with us finding a funky little gnome home in the woods; a garland of missile tow hanging up in a tree; and a giant spider (with a bison tube stuck in its abdomen) hanging out in a dank, dark culvert. Lunch at First Street Draught House also proved intriguing, not to mention pretty dang tasty: lamb sliders with basil mayonnaise and havarti cheese and a huge side of fried pickles, with a Sierra Nevada Ruthless Rye, which I quite enjoyed — though I rarely drink beer any more, when I do, I tend to prefer strong IPAs, which this definitely is.

Time to prop up the tired old feets (mainly so the cats will have a place to perch). 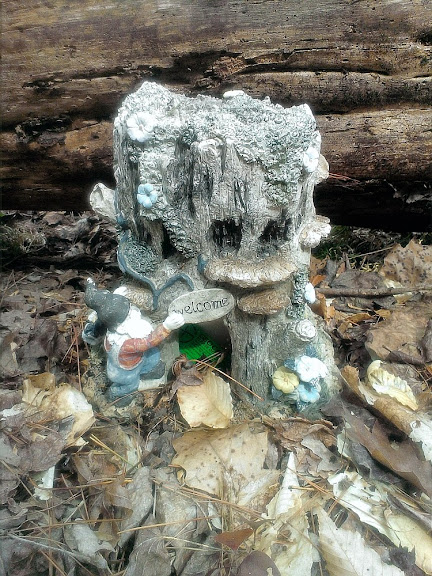 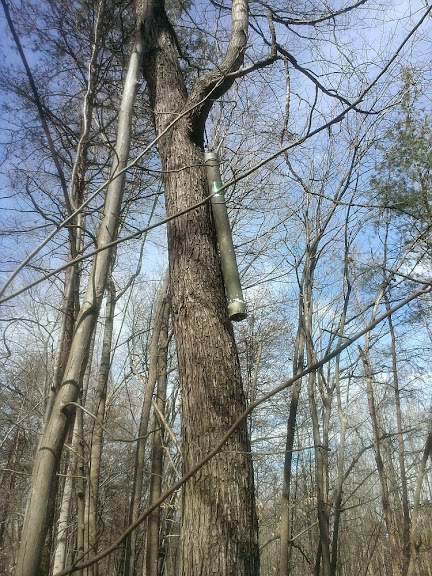 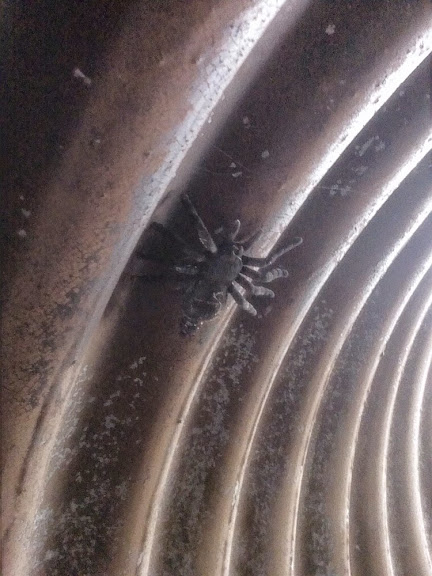 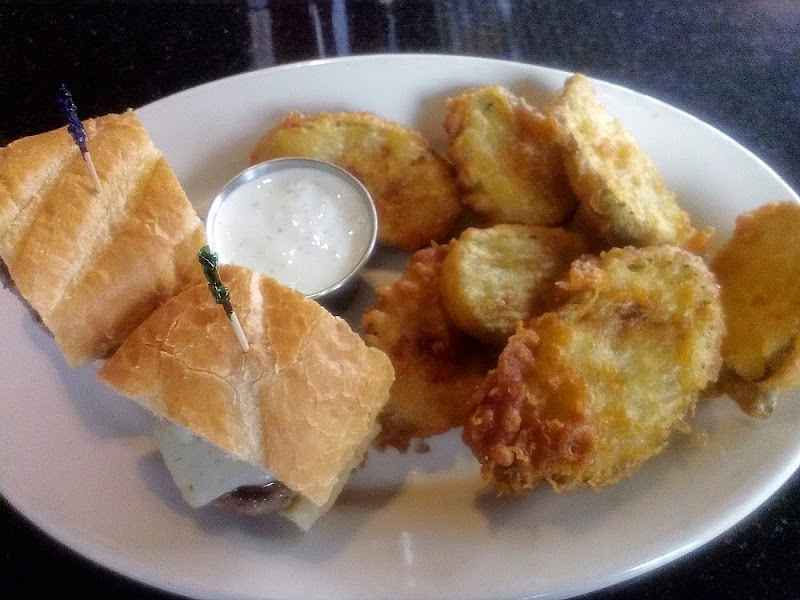