A Haunting of Horrors 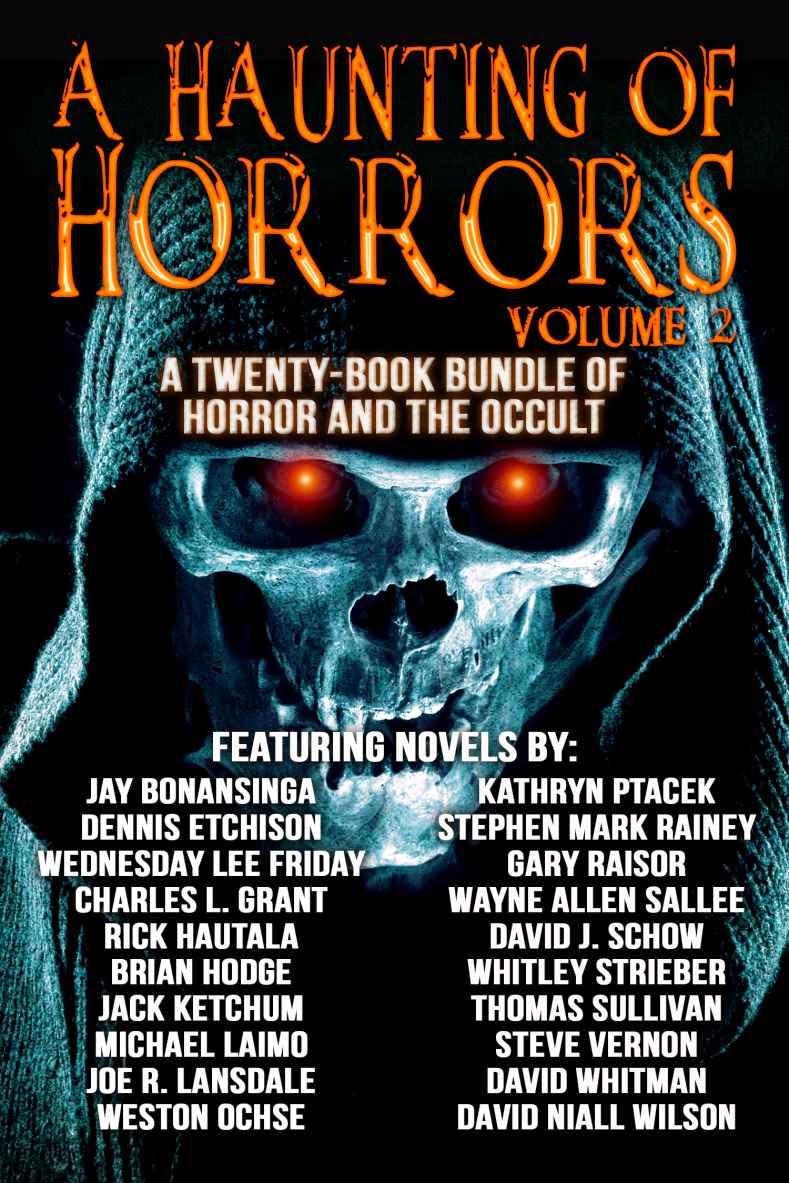 If you've not read my novel, The Nightmare Frontier, you've got a chance to get it as part of a rather massive bundle of reading material from Crossroad Press. Twenty friggin' books in a Kindle package from Amazon.com — all of $2.99. As you can see from the contents shown on the cover image here, this is some killer company I'm keeping, so you really can't go wrong.

So I'll tell you a little about The Nightmare Frontier. The novel was inspired by a waking dream — for me a very rare thing, and in this case, one that gave me one of the most terror-filled moments of my adult life. It was late evening, and I was drowsing on the couch in the living room, dark but for a few streamers of light filtering in through the venetian blinds. I was aware that I was lying on the couch, yet I was beginning to see images creeping up from my subconscious. As I lay there, I noticed a pool of warm, golden light forming at the corner of my vision. I shifted just enough to peer around the arm of the couch, and then I saw the source of the light.

Creeping across the living room floor, perhaps six feet away, there was a gigantic centipede, five feet long, its body glowing gold and red, as if a flame were burning within it. Its head resembled a human skull, and as I watched, the thing slowly turned toward me, and I became aware of a horrifying, malevolent intelligence, observing and appraising me. It made no further move, yet my fear rapidly intensified until I jerked violently awake. The most disturbing thing at that moment was that I knew I was fully awake, yet I could see a circle of golden light on the floor, slowly fading, vanishing only after several seconds had passed.

It took some time before my nerves settled enough for me to drag myself off the couch and retire to my bedroom. By the time I finally drifted off to sleep again, I had a rudimentary plot in my head for the novel that was to become The Nightmare Frontier. So, yes, in the novel, you will encounter the thing that crept out of my darkest imaginings to pay me a visit that night. You will meet the individuals responsible for calling up such a thing from the remotest depths of hell. You will find yourself trapped in a town cut off from the rest of the world by some inexplicable force, rendering you helpless before the advance of these murderous monsters, known as Lumeras.

A Haunting of Horrors, Volume 2: A Twenty-Book eBook Bundle of Horror and the Occult

Posted by Stephen Mark Rainey at 1:10 AM