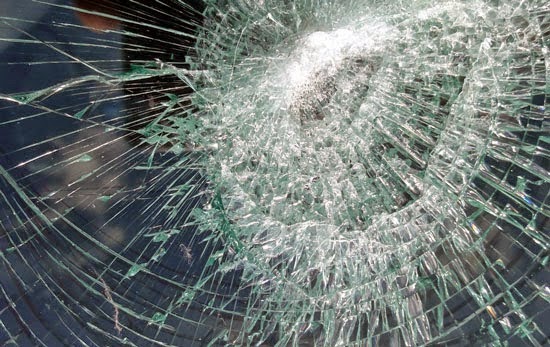 When kids do stupid things, sometimes ultimately costly things, too many of us are quick to automatically — and self-righteously — jump on the Blame the Parents bandwagon.

There have been several instances in the news lately where youngsters — anywhere from preadolescence to late teens — have blown it big time. Locally, the most dramatic example was a teenage boy and his friends sneaking out in the middle of the night, taking his grandfather's car, and going joyriding, sadly ending in a high-speed crash that killed three of the four youngsters. I can't imagine the parents' grief. By all accounts, they were responsible people, doing the best they could to raise decent kids.

They trusted that the youngsters had more sense than to go and do something so stupid. And fatal.

Where the hell do you think they were at 2:00 AM? They were asleep and unaware.

The problem is that kids, even those who have been raised by the absolute best of parents, will rebel, they’ll sneak, they’ll do things that their folks can’t foresee, no matter how brilliant the parents are — or think they are. Peer pressure, for one thing, has more power than just about any parental influence. And you simply can’t be there all the time for a kid — not unless you’re a helicopter parent, which is an awful, awful way to raise a kid, almost bound to have more negative than positive consequences in the long haul. Do not mistake these words as some misguided defense of irresponsible parenting; they are not. I do not and will not defend lazy, half-assed, uninvolved parents. My point is about good parents whose children do bad things. Let me ask you. Do you remember what it was like to be a kid — especially during your teenage years? I sure do. I did a hell of lot of things that mortified my parents, as saintly as they were ("saintly" really is a good word for them). I did things that would have gotten me grounded for life if they had caught me. I barely escaped being killed on at least two occasions. And relative to... ahem... some folks of my acquaintance, I was one of the “good” kids; I knew there were certain limits set for my own good, and I usually respected them. Take note of the "usually" back there. Those times I did not, I was lucky, lucky, lucky enough not to get myself killed. But peer pressure can be powerful, and it can be insidious. I caved to it; the best of kids will cave to it. And the worst of kids... well, that speaks for itself, doesn't it? Conversely, as a parent, I had to deal almost daily with situations I couldn’t have foreseen in a lifetime. There aren’t always cut-and-dry solutions; what may work in one parent-child relationship won’t work for another.

Falling back on blaming the parents always feels so good; it’s quick, easy, and doesn’t require much thought. But life and people are a lot more complicated than that. No one comes with an instruction manual. There are hereditary handicaps. Just because a kid is a kid doesn't mean his mind isn't independent and functioning quite differently than you think it is. There are infinite variables that shape a human life. Rarely can parents see or foresee all of them.

For God's sake, get off your high horses. Your kids aren't as perfect as you think they are. They probably got away with a lot of stuff you don't know about. If you're lucky, it didn't kill them.

Well-said. As a child-raising grandparent, I concur.