"The Curse of Lillian Gadwick"... 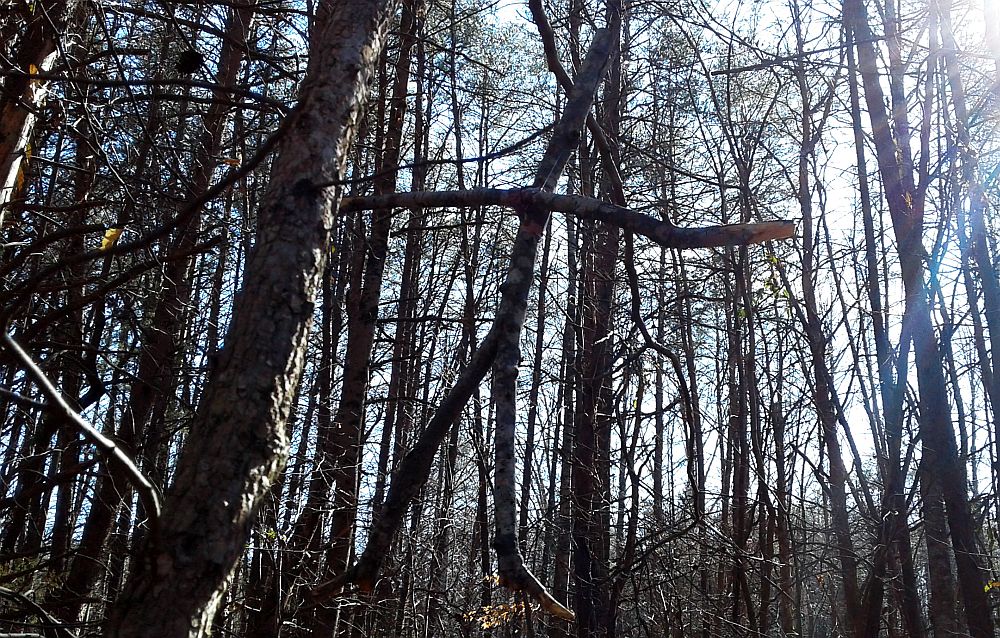 ...is the name of a geocache (GC705N3) I hid a few days back out on the Osprey Trail, not too far from here, and for which I created some brand-new Guilford County folklore, since hiding a supernatural-themed cache — or two, actually — seemed just the ticket. (If you know anything about my geocaches, you know I never do anything like that.) The second cache, called "Oren Grey" (GC705P2)  follows the same legend. The story from the cache listing page goes as follows:

"One of Guilford County's lesser-known legends involves a woman named Lillian Gadwick (1723–1781), reputedly a practitioner of witchcraft, who resided in the area that is now Lake Townsend in northern Greensboro. The story goes that she lived alone in a cabin in the woods and was suspected of occasionally abducting and slaughtering children from the nearby community, then known as Capefair — though numerous investigations could produce no evidence of such deviltry. However, just prior to the Battle of Guilford Courthouse, a company of troops from General Cornwallis's advancing army came upon her cabin and caught her 'rendering the fat' of several young children, which she presumably intended to consume as a means to enhance her supernatural abilities. Horrified by such unspeakable wickedness, the troops hung her from a tree and burned her cabin to the ground, then departed to rejoin Cornwallis. However, the troops failed to report and, in fact, were never heard from again — except for one, who came back stark, raving mad. A scout was sent back to find the missing men but, at the site of Lillian Gadwick's cabin, discovered only a number of strange stick figures hanging from trees — forty-two to be precise, the same as the number of troops who had vanished. (Such 'witch symbols' have been referenced in literature and movies, such as in Karl Edward Wagner's short story 'Sticks' and in the films The Blair Witch Project and its sequel, Blair Witch.)

"Little else is known about Lillian Gadwick, but she reportedly kept as a familiar a strange creature called Oren Grey, which resembled a huge possum with a grotesque human face. (The witch Keziah Mason, as recounted in H.P. Lovecraft's story, 'Dreams in the Witch House,' kept a similar creature, named Brown Jenkin). Though no such creature as Oren Grey can be proven to exist, it was said to keep itself hidden in dark, hard-to-reach wooded areas, traditionally avoiding human contact except when it accompanied the witch on her unholy expeditions to abduct local children. Certain curses cast by witches who practice dark magic can supposedly alter time and space, and there were those who said Lillian Gadwick possessed such power.

"While creating this cache, I found taking coordinates in this area to be worse than problematic. Ten or so readings at exactly the same spot, taken over a period of 30 minutes, resulted in variations of hundreds of feet, and in one case, in a nonsensical set of numbers that appeared to be no coordinates that could actually be found on Earth. I left the area and returned an hour or so later, took another set of coordinates, and averaged what appeared to be the best — which I hope will get you reasonably close to the hide. While at ground zero, I took a number of photos of the area, and in some of them, a strange stick figure appeared, one of which I will post on this page. If you see such a construct on your hunt, you may be sure that you are close to the cache."

"The Curse of Lillian Gadwick" cache is, in fact, rather dangerous to retrieve (especially if you suffer from acrophobia), and I did have considerable difficulty getting good coordinates for the hide, doubtlessly due to strange, supernatural influences. But hey, if you're a geocacher and you're fearless, come visit these caches. You might even come back alive. At least a few have... so far. 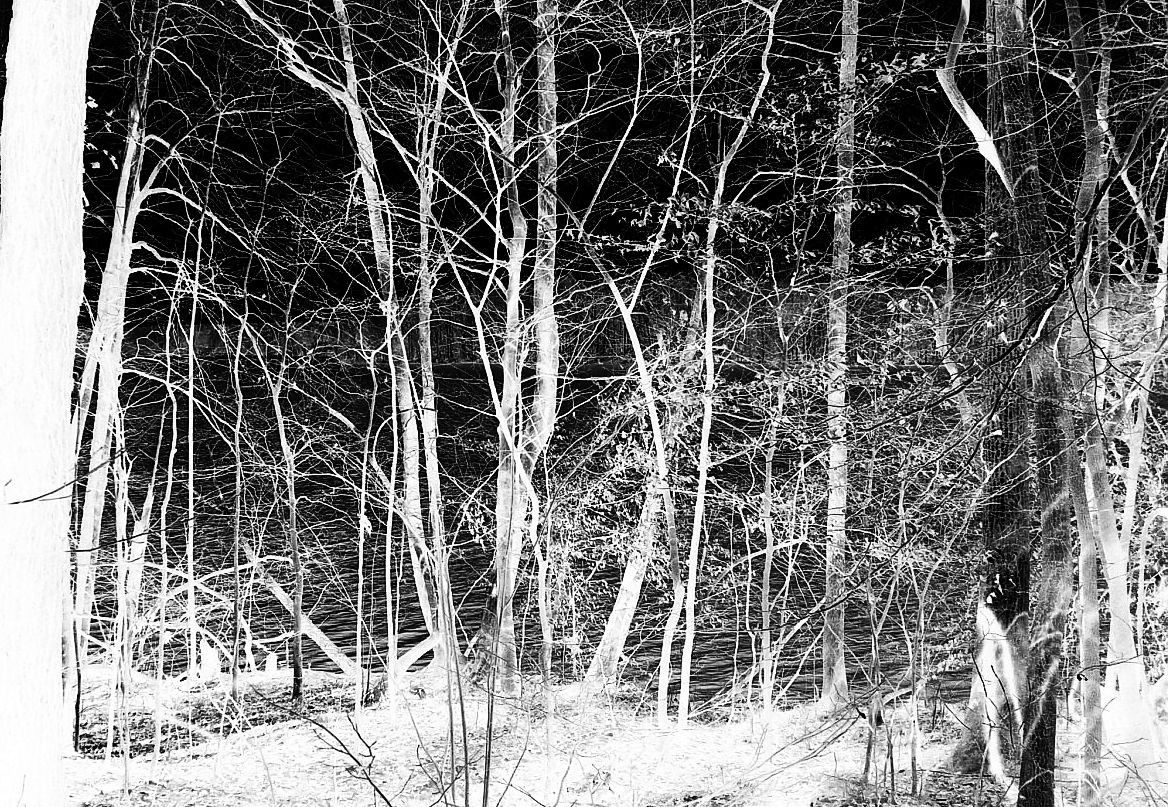 Ooooh! Now THIS is one CREEPY CACHE CONCEPT!! Bravo!