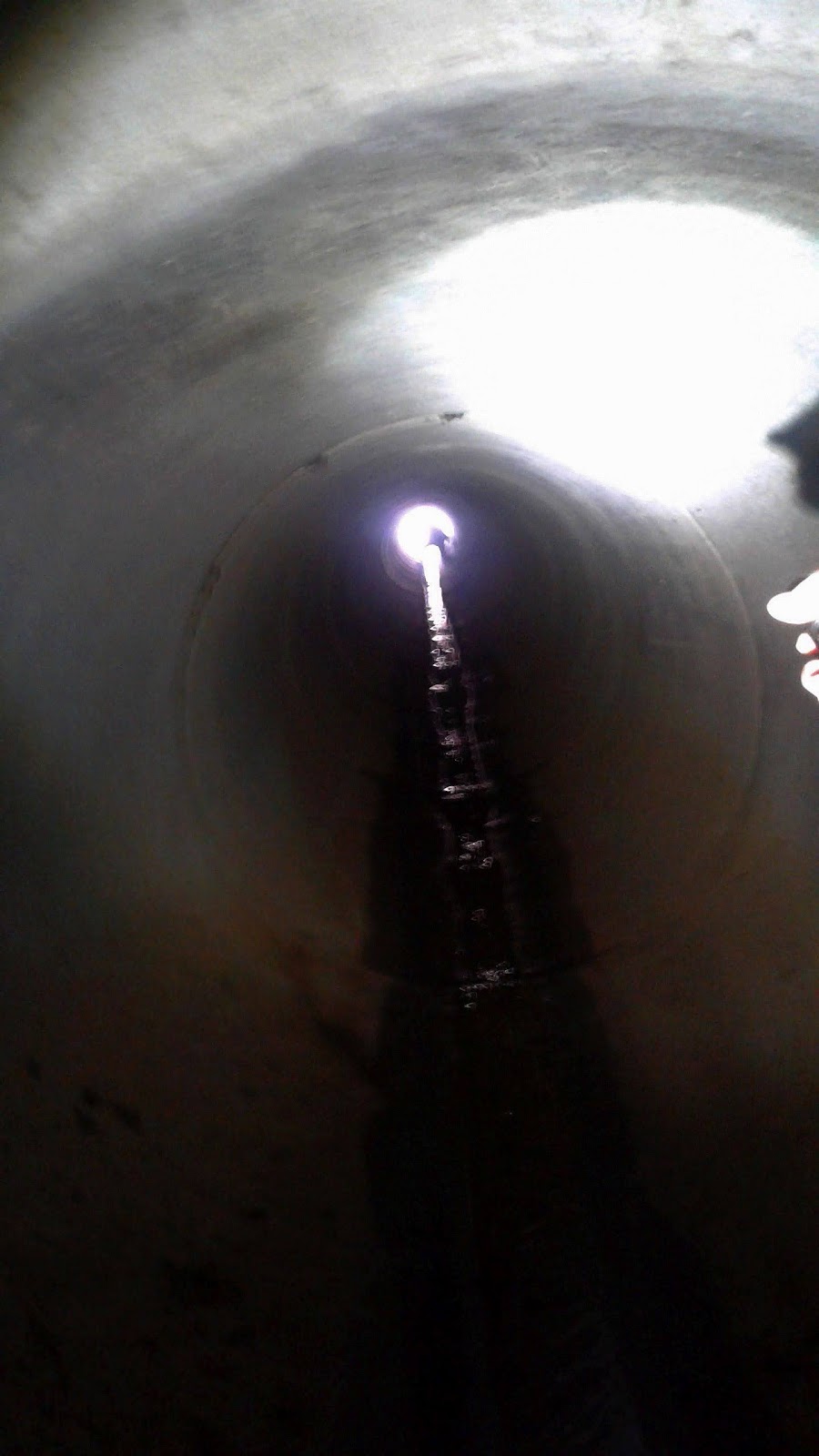 Well, that was a hoot. Four Old Farts gathered early this morning for geocaching on and around the American Tobacco Trail in Durham. Bloody Rob, Yoda Rob, Diefenbaker, and Old Rodan began with a couple of quick traditional caches in a crazy busy shopping area, but then we had to adjust our elevation to go after one of Vortexecho's (a.k.a. "Gone 2 Far") ubiquitous underground culvert hides. Just to get to the entrance, we had to hack our way through a veritable jungle of briers — that nasty, tiny, barbed type that cling to you like Velcro, shredding your skin and clothes until you somehow separate yourself from the little bastards. Bloody Rob was not the bloody one today, though, because I went first and did most of the clearing of the passage to the tunnel entrance. This resulted in considerable bloodletting and the occasional hollering for Mom that would have surely prompted Mom to clap her hands over her ears and sing "La, la, la, la, la!"

Naturally, no sooner had we cut our trail through this field of natural barbed wire than we saw Diefenbaker waltzing down the hill off to our right, which he cheerfully proclaimed free of briers. This was a really rotten thing to do, but we did use his route to go back out once we had completed our errand. 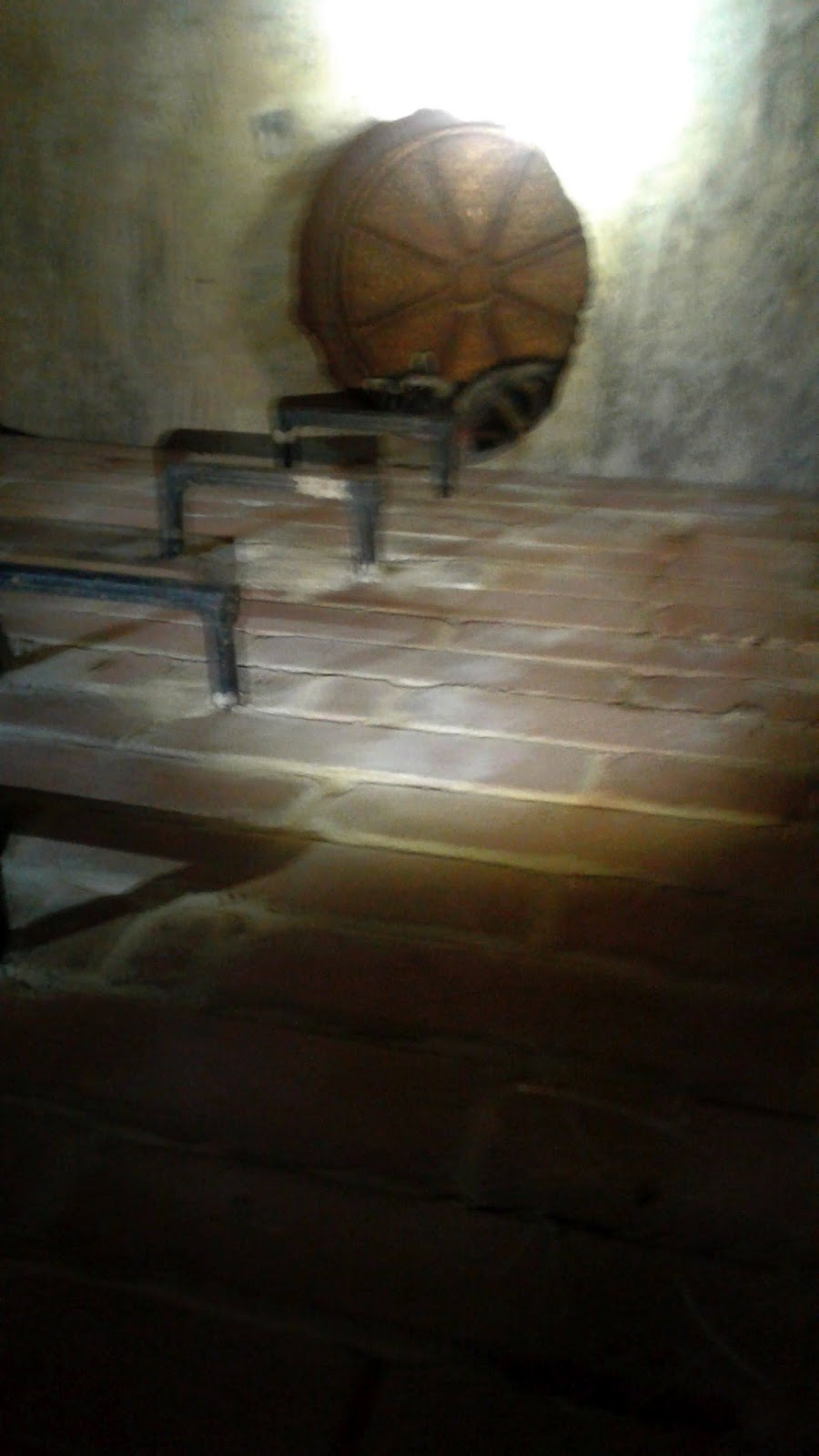 Then, for us, it was a delicate dance to get across a few rocks and into the pipe without drenching our boots. Done and done. The pipe wasn't too tight, and we could walk by bending over slightly — this was encouraging. We did notice raccoon tracks and droppings along the way, and I recalled a log indicating that a previous cache hunter had encountered a coon in the pipe. Mainly, though, since it was (and is) ridiculously warm out, around 80 freaking degrees, I was more concerned about encountering Copperheads, which tend to be fond of the environment we were occupying.

At the next junction, the pipe got narrower, resulting in more than a few conked noggins, and the going became a bit slower. Then, stepping into the chamber at the next junction, I glanced up and, sure enough, there was our raccoon friend lounging on the rungs of the ladder. We exchanged a few pleasantries, and I wanted to name him George and hug him and pet him and squeeze him, but mean old Uncle Bloody Rob said no. C'mon, jeez, just because the little fellow had sharp teeth and claws...? I took a couple of photos of George, but they ended up blurry because I was also trying to hold the flashlight and keep from slipping and falling in the cramped chamber. That's him hanging out at the manhole cover in the accompanying image. (You can click on these to enlarge.)

Anyhow, we still had a ways to go, and this pipe was the smallest of all, necessitating either crawling or — as I did — lowering to one's haunches and shuffling along a hundred feet or so through shallow water.

At last, mission accomplished. Back through the pipe, wave to George as we pass, and finally reach sunlight — and few more briers, just for good measure.

From there we began our hike on the American Tobacco Trail, found a fair number of mostly traditional hides (an old telephone in the woods was something of a favorite), and eventually made our way to Ted's Montana Grill, which specializes in bison and is thus one of my favorite establishments to frequent. Service was very slow today, but the food was incredible, as always. I figure that will pretty much take care of today's vittles, and if I actually do care to eat to anything more tonight, I can go outside and nibble on some grass. 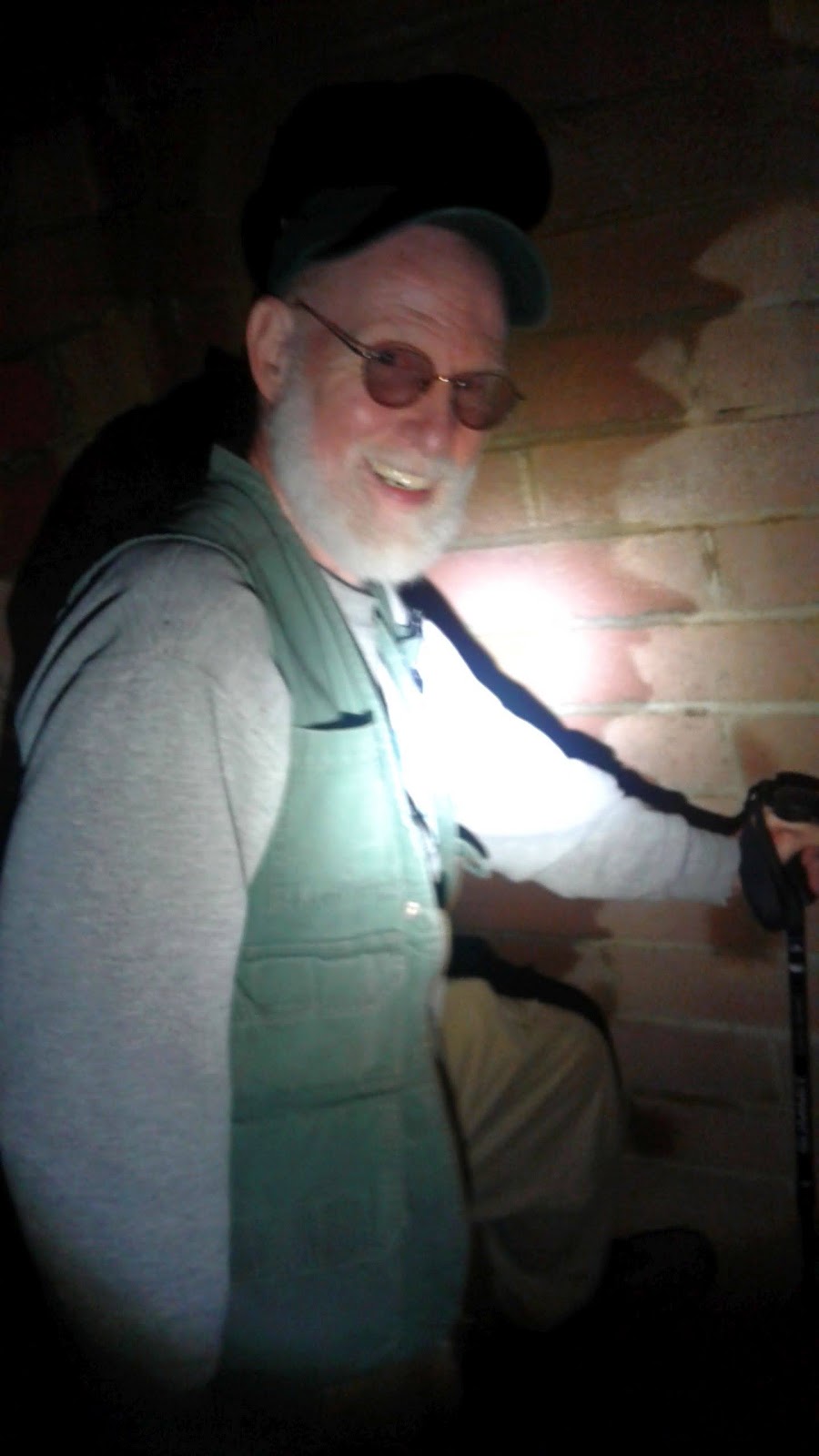 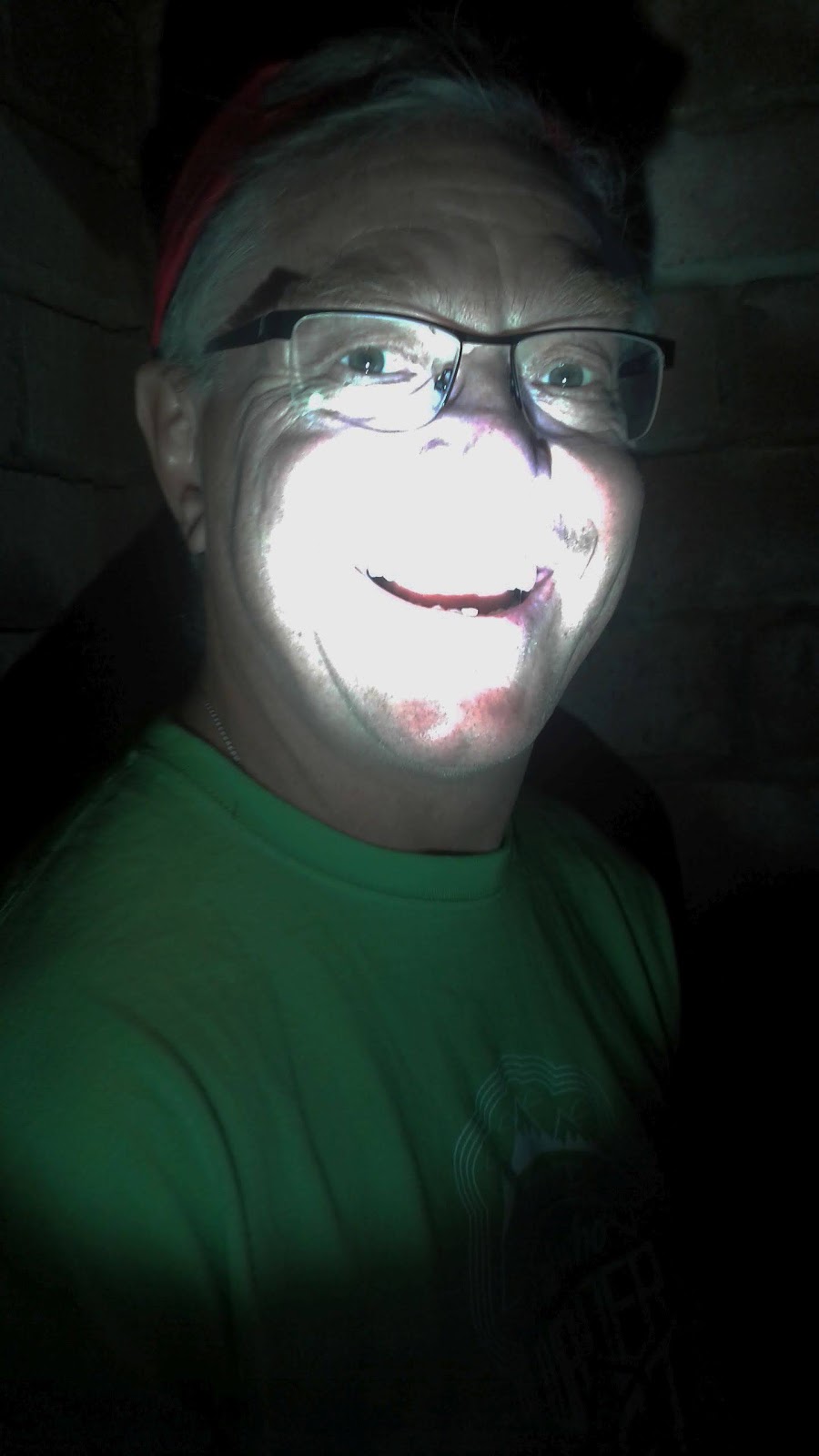