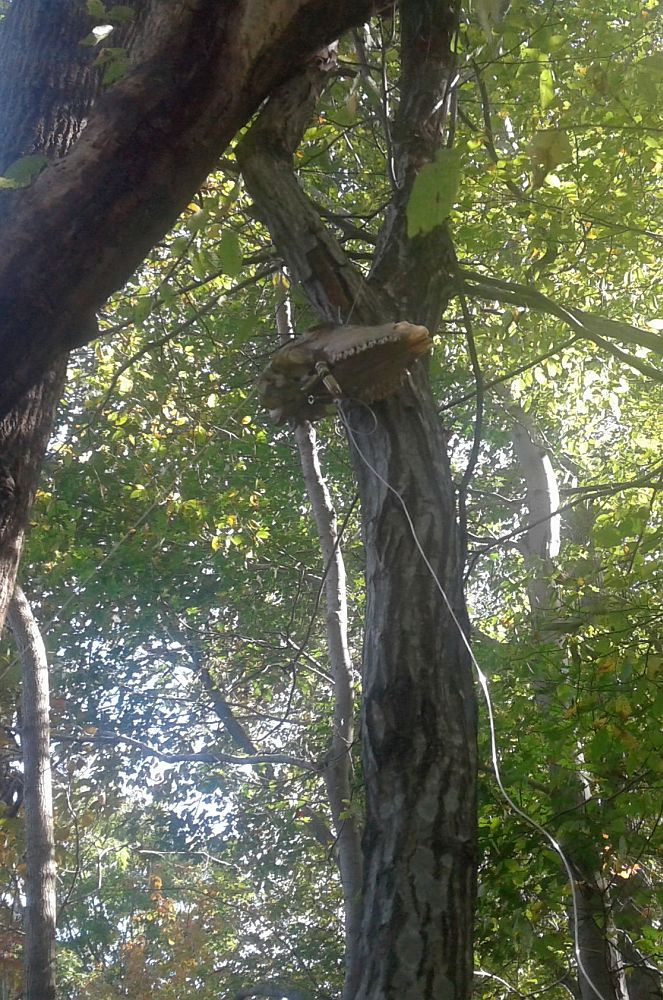 It's how some of the best (and worst) horror stories begin: you're in the sticks, driving a series of windy mountain roads, sometimes sans pavement, in a vehicle of considerable age and thus questionable reliability (but it is a workhorse of a Buick, thank Yog); you've got no phone or internet service, which in fiction may be a cliché but in reality is still an all-too-common situation, especially when you're as far out in said sticks as we were; and, thanks to the absence of either technological or paper navigational aides—and the fact you're relying on fawlty memory because you didn't really plot this course in as much detail as might be prudent—you're not entirely sure you're on the right road.

Not to mention it's going on Halloween.

That was the situation in which Brugger and I found ourselves on our little excursion to Smith Mountain Lake the other day ("Heavens, What a Noise! and Others," Oct. 22, 2017). When I mentioned taking "the most scenic and circuitous route possible," I did not elaborate on just how scenic and circuitous it actually was. When we studied our maps before leaving Martinsville, we figured it to be a direct enough route, although I did say "I really hope we have service when we get up there," since there were several turns onto roads for which "secondary" is too generous a term. In places, we went miles without seeing a sign of human habitation, and when we did, they were anything but inviting. They were, to quote HPL, "dwellings wearing a surprisingly uniform aspect of age, squalor, and dilapidation."

And I had left my firearms in my other pants.

Now, while I did profess to Ms. B. an ardent desire for our carriage to maintain its good health, at no time did I feel we might be entering a danger zone, a place where, should our automobile give up its ghost, we might vanish from the face of the earth without a trace. As far as I know, no one typically thinks like that. It was all beautiful, atmospheric, serene. The surroundings might be unfamiliar; they might even be a little disturbing in their isolation and ghostly aspect. Yet we often fuss at people on the movie screen because they don't take note of their isolation; their lack of potential assistance; the ubiquitous signs of something menacing around us; for crying out loud, what about that ominous music? (For what it's worth, I listen to ominous music all the time.)

The thing is, neither you nor I know up front that we might be the ill-fated characters of an exquisitely rendered horror story.