Another Fish at Lake Higgins 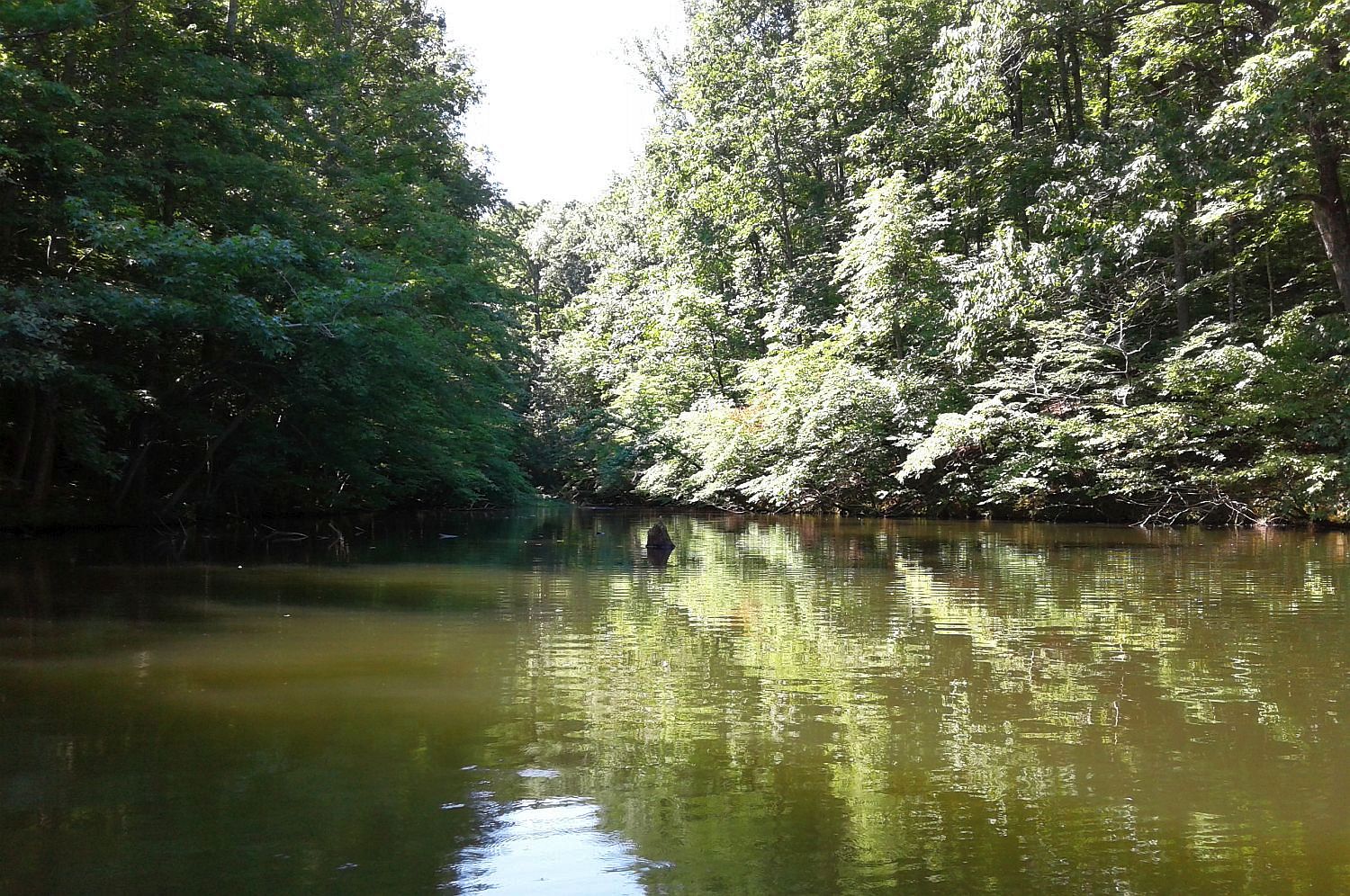 Since November of last year, six geocaches have lurked out on Lake Higgins in northwest Greensboro awaiting my attention, so on a scorching hot June morning, Team COG — Robgso (a.k.a. Bloody Rob, a.k.a. Old Rob, a.k.a. Old Bloody Rob), fishdownthestair (a.k.a. Natalie), and Old Rodan (a.k.a. me) — set out in kayaks to turn unfound caches into found caches.

Ms. Fish had never been in a kayak before, so when she arrived at the marina, Rob showed her the ropes by handing her a bunch of rope. She was now all good to go. She kept up, steered the craft with aplomb, and scored her 1,000th cache, so I think the young lady had a decent morning on the lake. (I'm told that Natlie's geocaching handle comes from when she was a youngster and her favorite thing to do was ride a big inflatable fish down the stairs in her house, much to her parents' displeasure.)

We old dudes had a good time as well. We found caches. Didn't lose any electronic devices, didn't fall in, didn't drown. That's a fine day.