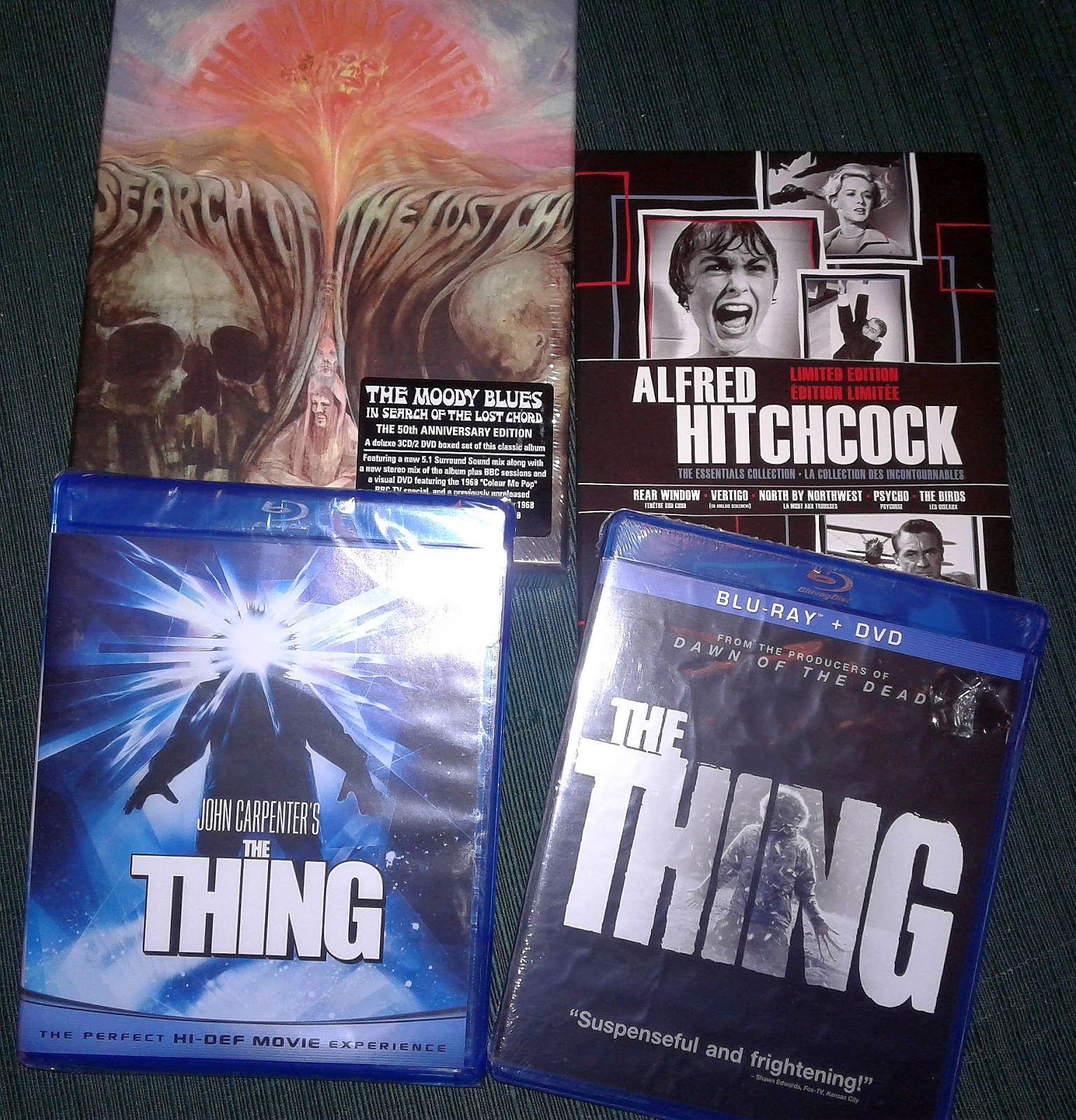 No matter how hectic, Christmas has generally been a time that I can put the world aside for at least a short time and relax a bit. Not so much this year. Things have been tough enough due to my mom's health issues, and my stress level spiked the other day when I learned she had been scammed again. Not at all a happy way to greet Christmas. As it stands, the next few days are going to be more than a headache. And as happens all too often, my brain latches onto the upcoming challenges and frets over them, no matter how I try to refocus it. Sometimes, I'm pretty sure an emergency shut-off switch would be just the ticket. A temporary shut-off, mind you, not a full-blown, let's-pull-the-plug power-down.

That said, the past couple of days had their shining moments, starting with a new geocache (GC81M5B) coming out just up the road a piece. I got to it in time to snag the FTF (first-to-find) by moments. I had the cache in my hand when friend Bloody Rob (a.k.a. Rob) and his little buddy Bentley arrived on the scene. Being Christmas Eve and all, I felt inclined to share the FTF honors with him. We were just about to part company when another vehicle pulled up. This turned out to be friend Rhodorooter (a.k.a. Dave) and his son-in-law Cruxclimber (a.k.a. Steve). We had an impromptu little geocaching event on the spot—and, apparently, not moments after I left, friend Smashemups (a.k.a. Fred) also showed up. Pity I missed the larger gathering, but I was happy to settle for the FTF. 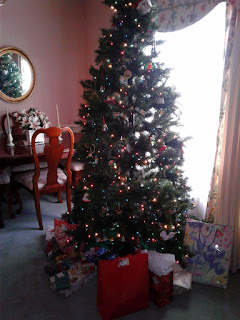 Shortly afterward, Ms. Brugger arrived at my place. We packed up all our necessities, including scads of Christmas goodies, and headed out to the Grove Winery for a tasting and a glass—a Christmas Eve tradition we have observed for several years now. Then we hit the road for Martinsville and my mom's place. Once there, we threw a gift-wrapping party and partook of a very light supper (chicken salad sandwiches and chips) since we had a little social event to attend a short time later.

That event was a visit with authors Stephen and Samaire Provost, whom I've known via social media for quite some time and who recently—quite coincidentally—moved not only to Martinsville but to my old neighborhood. They live, as the crow flies, about 500 feet from our place. Of course, in Martinsville, you don't get anywhere as the crow flies, so we set out on foot and hoofed it a half mile or so up the street. This little gathering turned out to be the highlight of the holiday for me. Ms. B. and I got there at 7:45 p.m. and didn't end up leaving till after 1:00 a.m. For this, we can blame stimulating conversation, first-rate spirits, and some incredible vittles Samaire put together (I ate more than my fill, but I feel a little bad there was still quite a bit left after we all finished). When we left their place, it had gotten quite a bit colder than when we had arrived. In fact, a sheen of frost now blanketed the neighborhood. Our little jog back to Mom's through the still, silent night, with Christmas lights still burning all around us, proved to be at least as enjoyable as anything else we did yesterday. 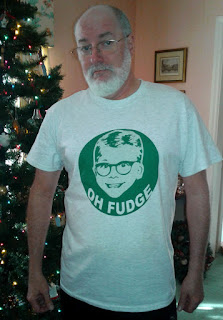 For years now, on Christmas Eve, Kimberly and I have planted ourselves in Mom's sunroom to watch A Christmas Story, but our unexpectedly lengthy night out forced an alteration of this tradition. At least the annual marathon was still in full swing, so we watched the last 45 minutes or so of the midnight showing, and the first few minutes of the 2:00 a.m. showing. Sometime thereafter, we made our ways to bed.

A spell of that accursed anxiety woke me before dawn, and I never made it back to sound sleep territory. Kimberly got up before the sun as well to start the main course of our Christmas dinner—a big-ass London broil cooked in the crock pot—and then went back to bed. So, once we did manage to haul our asses out of bed, we were a bit slow to get moving. Still, things all came together. My brother, Phred, arrived about 11:30 a.m., and we proceeded to tear into the gifts that Santa had so kindly piled under the tree. For me, there were movies galore—John Carpenter's The Thing; the 2011 sequel, also titled The Thing; Shin Godzilla; and a nice Alfred Hitchock set featuring several of his best titles: Rear Window, Vertigo, North by Northwest, Psycho, and The Birds. My brother got me the 50th anniversary CD/DVD of The Moody Blues' In Search of the Lost Chord, which is my favorite (or perhaps second favorite) of all their albums. I also got some clothes and a slew of edible treats. Materially, I think we all made out like bandits this year.

Brugger and I then set about preparing the day's feast, which we enjoyed no end. At the end of this proverbial banquet, the house showed every possible sign that festivities had occurred here, so, for us young whippersnappers, there followed a protracted period of cleanup, since Mom is unable to pitch in as she used to.

At last, we all said our goodbyes, and Brugger and I returned to Casa de Rodan in Greensboro. Also following what has become a Christmas tradition, we doctored up a Red Baron frozen pizza with a shit-ton of extra ingredients and cooked it for a most enjoyable supper. Just for shits and giggles, we watched a very lame yet reasonably entertaining horror flick called Don't Hang Up on Amazon Prime.

And that was about as far as my dwindling energy stores would take me this evening. I did manage to knock out this verbiage from under a pile of cats, but I'm pretty sure that, for today, this is about all she wrote. Thankfully, I've got tomorrow off, and I expect it to be a productive, much-needed writing day. If a bit of geocaching happens as well, then that'll be a desirable bonus.

Y'all send positive vibes my way as there's still a spell of stress and strife lying in wait for me in the coming days.

Hope you've had the merriest of Christmases, if Christmas you celebrate. Till later....