No Dead Weight in Salisbury 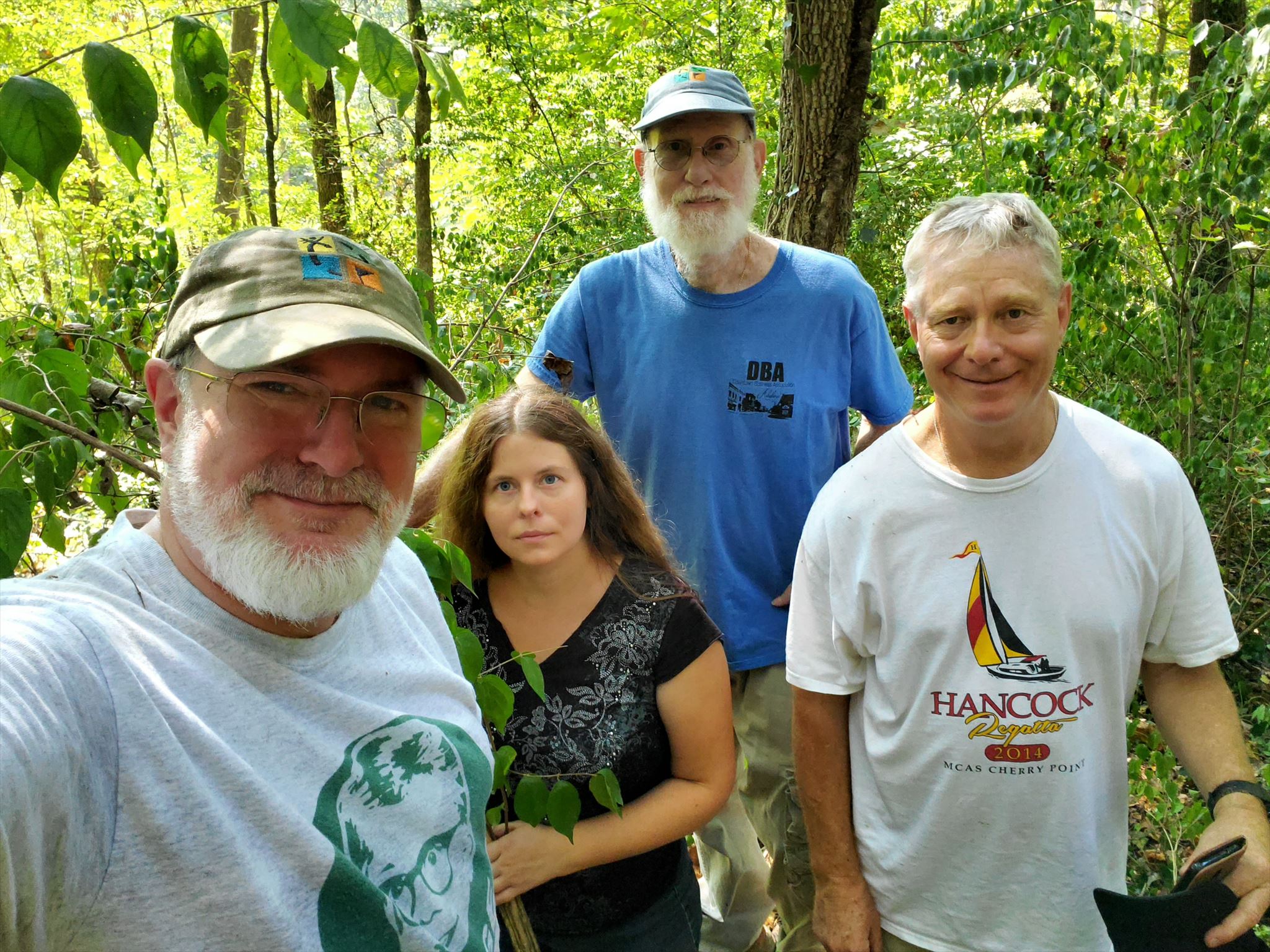 Another day on the geocaching trail for the usual suspects — friends Diefenbaker (a.k.a. Scott), Fishdownthestair (a.k.a. Natalie) and Old Bloody Rob (a.k.a. Rob) — again under the team name "No Dead Weight." Well, Scott was kinda dead, but then that's nothing new. Today, it was back to Salisbury, NC, which has been a reasonably fruitful destination for us on a number of previous caching trips. Unfortunately, we ended up having to log a few DNFs (Did Not Find), but we still came home with 17, I think it was, to our credit.

There were any remarkable gymnastic maneuvers or extreme terrain negotiations; just a full day of solid geocaching and a stellar lunch at The Smoke Pit in downtown Salisbury. It's turned out to be about our only regular lunch destination in town and, without question, one of our favorite BBQ restaurants anywhere. The pulled pork nachos and beef brisket plate are among the best treats you're ever gonna find. I'm pretty sure the aroma coming out of the kitchen is what heaven smells like.

One of the most entertaining caches we found was an old one — an ammo can that dates back to 2002. The original log is cleverly made, with a bunch of gravestones for finders to sign their names. Of course, after all this time, there are now many additional sheets included. The cache and its contents are, for sure, showing their age, but it's all still holding up. Hope it will for a long time to come for other geocachers to enjoy.

Several of the caches we found are part of a series called "Steeplecache," which are placed at or around the myriad downtown churches. Most of these were somewhat novel and generally fun to hunt —particularly since, at one of them, a nosy neighbor drove by a couple of times trying to figure out what a ragtag bunch of hoodlums carrying phones and GPS devices were doing skulking around an old church.

The only real frustrations of the day happened at a park with two hides that we spent massive amounts of time hunting, to no avail. We're reasonably certain those containers have gone the ways of the wind, and whether or not they'll be confirmed missing/replaced, who knows?

And so, it was a solid day of fun, exercise, and getting bitten by mosquitoes. Bloody Rob lived up to his epithet and shed a little blood. And we left ourselves a good many caches in the area to go back for on future trips.

Till next time... always a pleasure.