Treasure Island: the name of a geocache (GCRRG5) on an island out in High Point City Lake. An old cache it is, dating back to 2005. I started caching in 2008, so the icon has been staring at me from the geocaching map ever since then. I had intended to go after it any number of times over the years, but something always came round to prevent it. But yesterday, friend Todd (a.k.a. Tbbiker) informed me he intended to rent a boat and head out to the island in search of the cache. He wondered whether I might care to join him.

And this time, the stars deigned to smile on us. We met at the marina this morning, rented the requisite items to reach our destination (jon boat, outboard motor, heavy-duty battery, life jackets, paddles, etc.), and off we went. Todd assumed piloting duties for the outbound trip. I took over on the way back.

Once at the island, we found a good place to dock and headed for the coordinates. Here, we discovered the  "shipwreck" described on the cache page. Given the state of the remains in 2019, I have to wonder how much of the old boat was still intact back in 2005. From here, the cache instructions told us to count off a couple of sets of paces in specific directions. However, Todd had used his GPS to do some projections, and I had settled on a search location by dead reckoning—which almost precisely matched Todd's projections. Within a short time, I spotted a suspicious-looking host at the edge of our search radius, and something told me this was where we would find our treasure. Indeed, it was.

The cache—a 50-calibre ammo can—has weathered the years well. The contents were pristine, the log in excellent condition. We spent a little time reading entries from over the years, and I rescued a travel bug that has been stuck there for the past three and half years. I shall set it on its new course soon. Once we had signed the log and rehid the container as we'd found it, we made our way back to the boat.

Neither of us had driven a motorized jon boat before. Though the learning curve was anything but steep, heading out to the island, the prop seemed disinclined to scoot us through the water at anything like high speed. However, on the return journey, for whatever reason, it recovered its wits and zipped us back in far better time.

So, Treasure Island is, at long last, marked off my to-do list. Going after it made for a satisfying, reasonably relaxing morning. And now, I've got a passel of work to do. It's gonna be a busy, busy October. 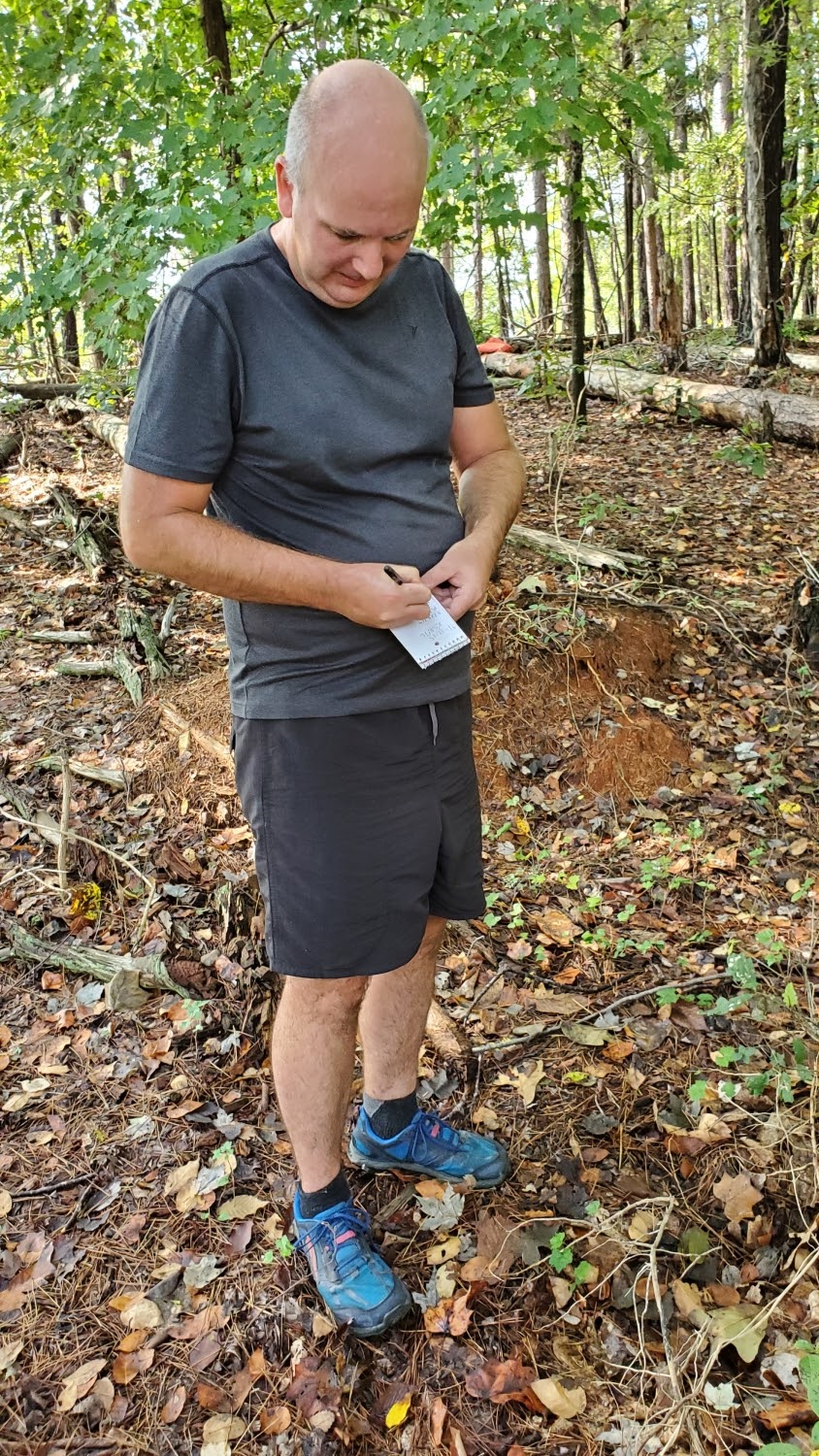 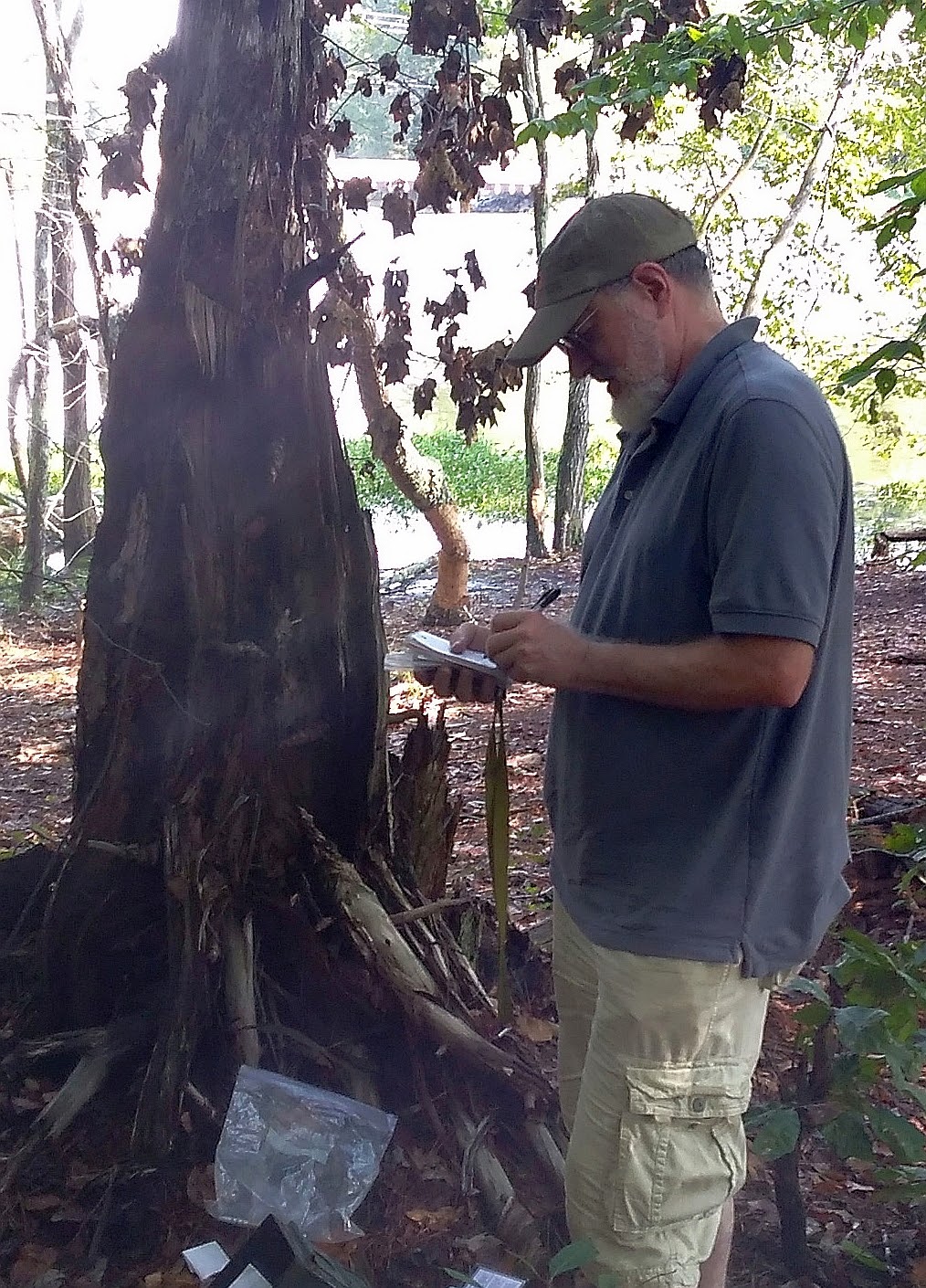