“Strategies Against Architecture” and Such 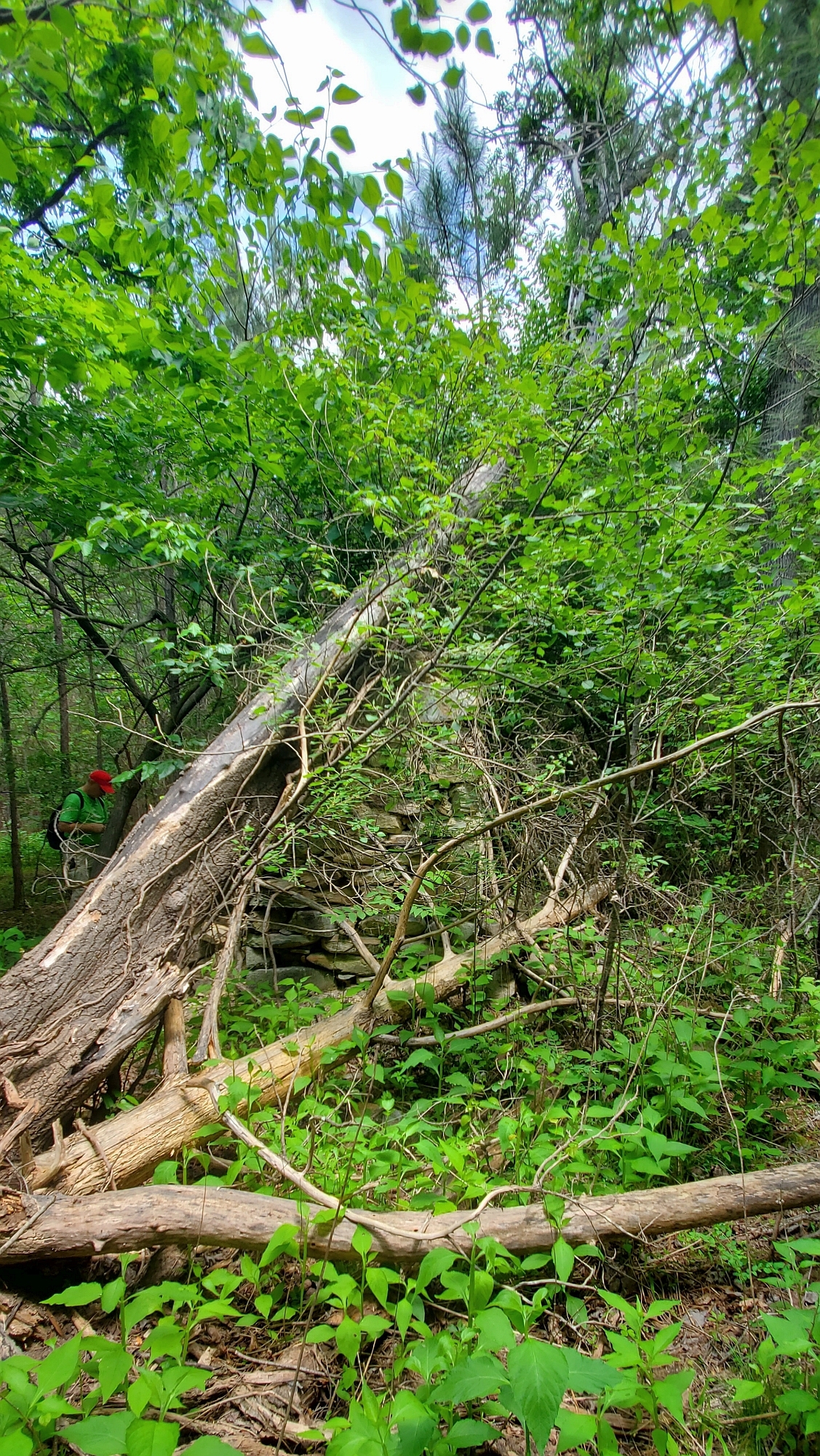 “Strategies Against Architecture” is the name of a series of geocaches in the Triangle of North Carolina, where the caches are placed in or around the crumbling remains of old structures, usually in the remote woods. Several different geocachers from that area have placed caches in the series. The photo at left shows such remains — however much of them you can see. All that's left of this one is an old stone chimney, some random stones from the foundation, and a few piles of ancient refuse. This was clearly once a house, but there’s no telling how long ago it fell into ruin. The state of the remains suggests it's been many, many decades since this was a habitable dwelling. I do love discovering locations such as this, particularly when they are a bit more intact. Geocaching has taken me to many of these. Happily, we found the cache here in good condition.

It turned out to be another fine day for a gathering of Team No Dead Weight: friends Natalie (a.k.a. Fishdownthestair) and Scott (a.k.a. Diefenbaker). We chose as our primary destination the gamelands along Jordan Lake, accessed from Seaforth Road. Natalie and I had cleared a section of these gamelands a few months back, but we had left an even dozen caches out there unclaimed. All that wilderness seemed a pretty good place to hunt caches while practicing social distancing, and that, sure enough, turned out to be the case. There were a couple of others cars in the parking area, but we never saw another living soul at there. Hardly a surprise, given the relatively vast area, the rugged terrain, and the scarcity of trails. Quite a difference from some of the nearby hiking trails, where the parking areas were filled beyond overflowing, with cars lining both sides of the highways.

Too. Many. Motherfucking. People. Oy. Thanks be to Yog I am not a people.

Until today, we’ve had a mild spring, probably the mildest in a decade or more. It’s been great for getting out hiking during the pandemic, but today, the heat — right about the 90-degree mark — and excessive humidity made for some exhausting hiking. No matter; we found some excellent caches, got in plenty of exercise, and enjoyed each other’s company (from at least the requisite six feet at all times). I was pleasantly taken to see the signatures of my former next-door neighbors, Paul & Jamie, a.k.a. TravelinFarmFam, on some of the cache logs. They had apparently been out there caching on my birthday.

Happily, in the Cary/Apex area, there are still quite a few wilderness areas/gamelands/parks loaded with caches, so I hope I won’t run out of relatively nearby places to hike and hunt caches anytime soon. 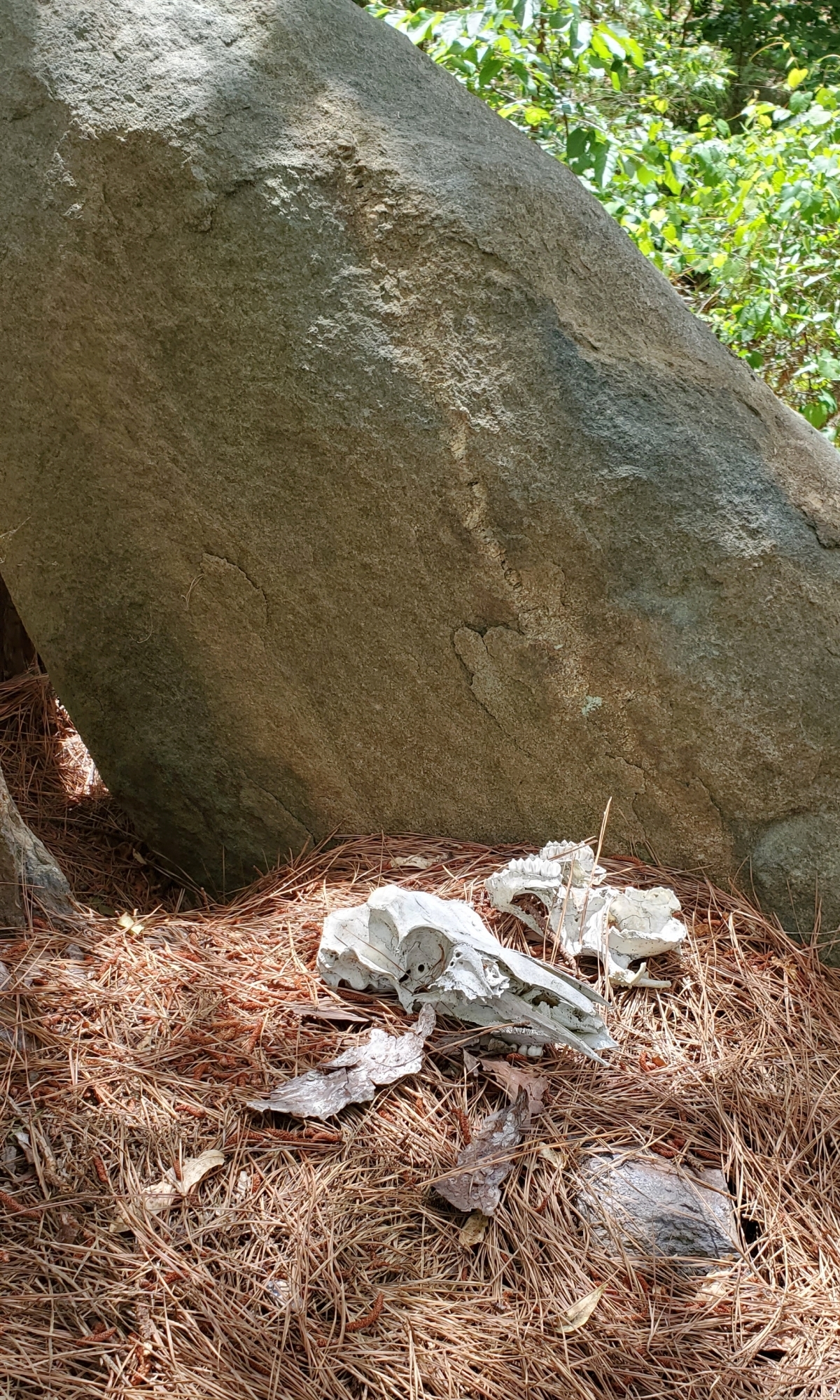 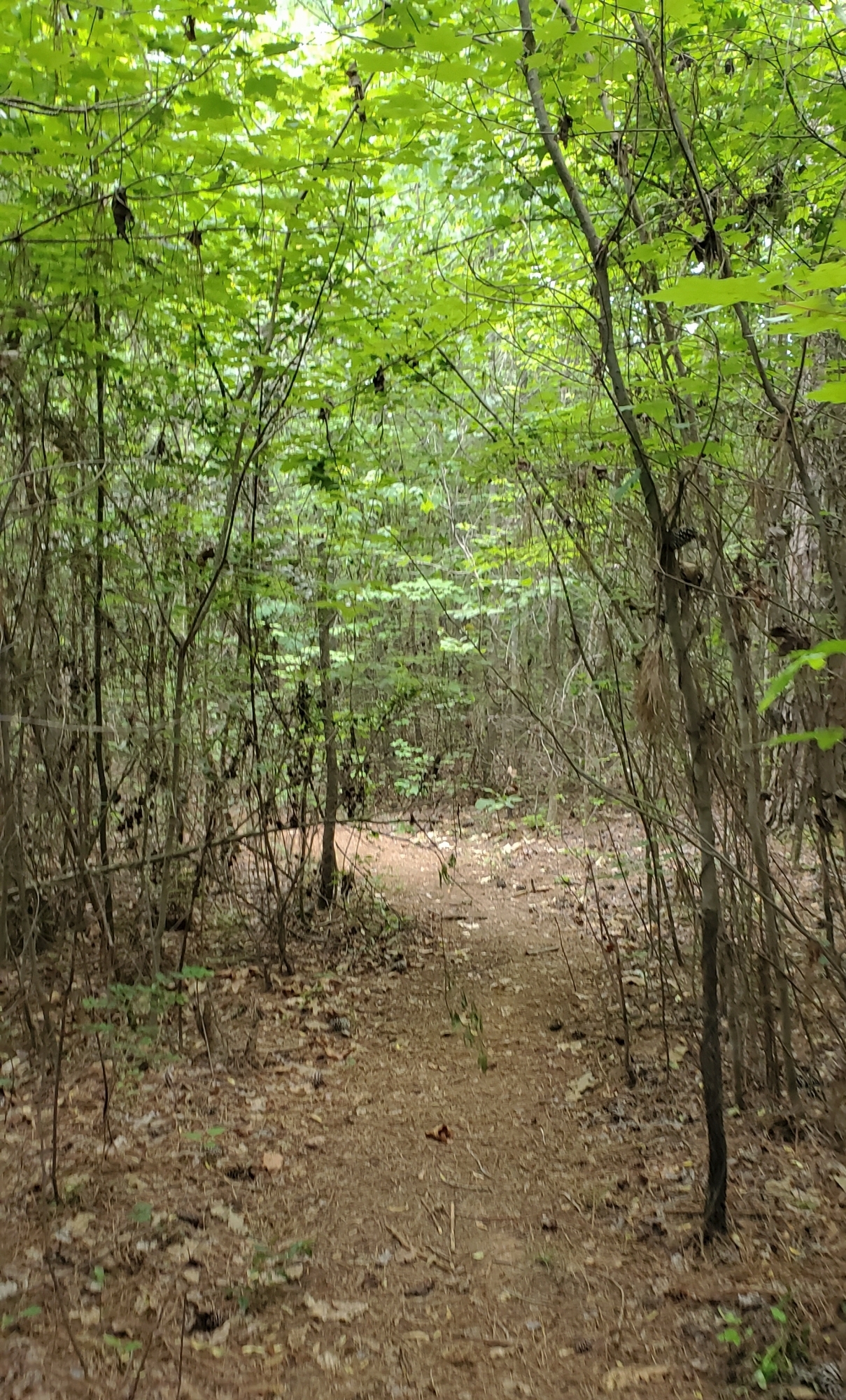 Left: dinosaur bones? Right: We never found a trail until we were on our way back to the cars.
Posted by Stephen Mark Rainey at 9:00 PM