Geocaching has long been my exercise of choice. It gives me the opportunity to hike, bike, run, walk, paddle, and hunt cool shit in some of the most intriguing locations I have ever discovered. Sometimes there are car caches, sure, but my favorite hides are the ones that take me places, mostly in the woods, where I can combine the joy of the hunt with a rigorous workout. Lately, I haven’t had enough of these, but this weekend made up for some of that deficiency.

Yesterday, on my return to Greensboro from Martinsville, I detoured over to the Knight Brown Preserve, near Belews Lake, to hunt a relatively new cache, located at the farthest northern reaches of the trail system. The terrain here is moderately rugged, with significant ups and downs as well as rocky, root-laced, natural surface trails. The preserve lies a fair distance out in the sticks, but during the pandemic, people have been flocking to trails, however remote, to get that much-needed exercise. Not unexpectedly, I encountered quite a few vehicles parked at the trailhead, and a good many folks on the trails themselves. Happily, the cache took me far enough out to avoid most of the population. 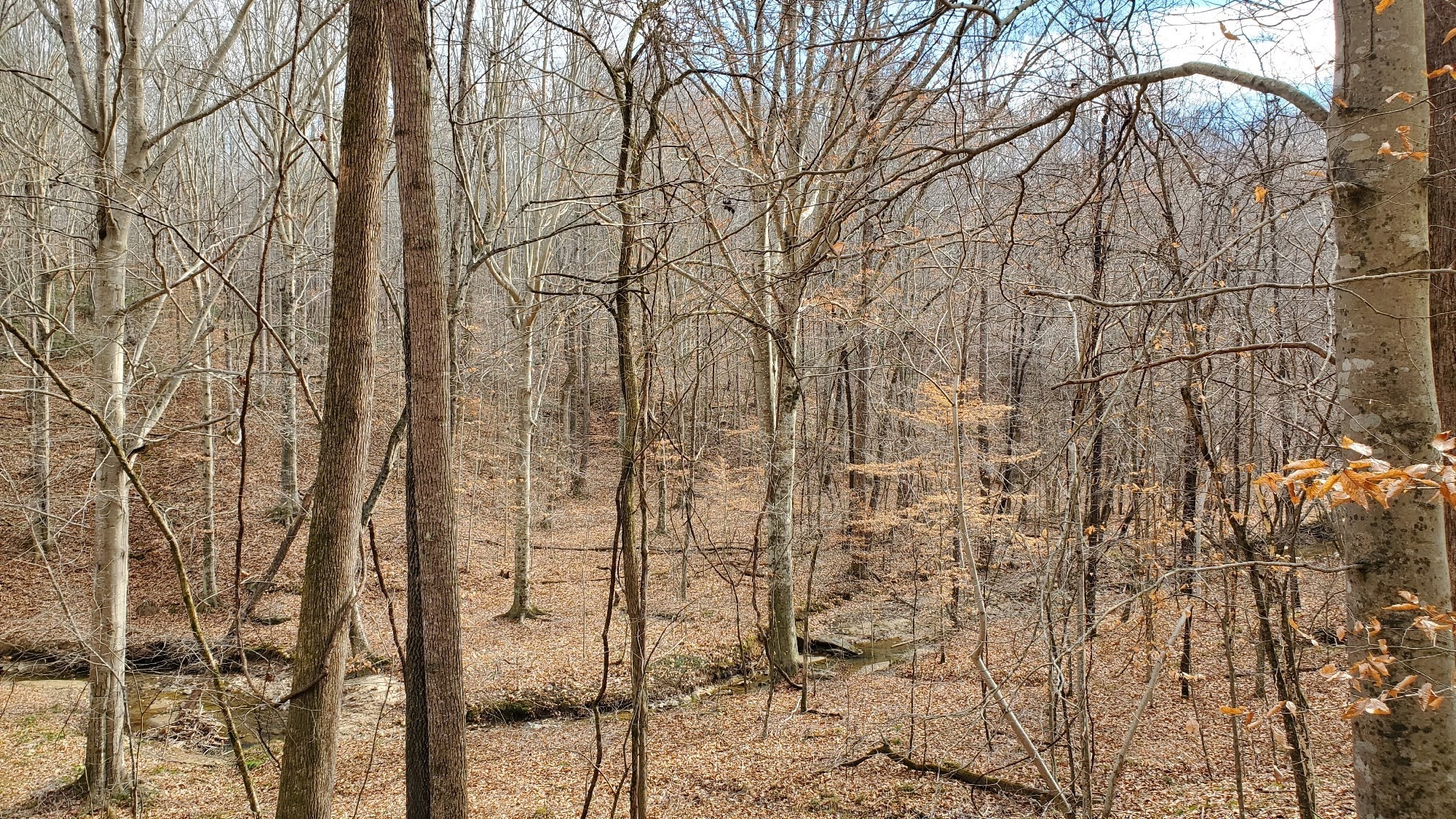 Back home, Ms. B. and I set to work on the kitchen, scraping off the popcorn ceiling, removing light fixtures, and patching and sanding walls. Things are coming together, but there is still a ton of work to be done for the full renovation. That was far from as much fun as geocaching, but there was, in fact, yet more workout involved, so I ended the day pretty well exhausted.

This morning, I met friend Diefenbaker (a.k.a. Scott) — the only other member of the Socially Distant No-Dead-Weight Irregulars available today — at the Cane Creek Mountains Natural Area, a short distance south of Burlington. We had hunted a crop of new caches there a few weeks ago, but a handful of new ones had popped up a short time back, as well as at nearby Saxapahaw. We made those our targets for today. As with the Knight Brown Preserve, we encountered a good number of hikers on the trail, but we ended up far enough off the trails to hunt the geocaches in solitude. Happily, our hunts were successful. The trails here take you up and down many steep, rock-strewn hillsides, and after finding the last of our targets, we opted to forego the trail and bushwhack down one the steepest of the steep inclines. It cut off some distance, to be sure, but increased our cardio exercise three-fold, I would wager.

After Cane Creek, we set a course for Saxapahaw and a couple of new caches along the Haw River. The hikes here were short and easy, but the locations were scenic. The first one in particular, which led us to a Boy Scout camp along the river, bore an agreeable Camp Crystal Lake-ish atmosphere. We never did see Jason Voorhees (or his mum), but I think I made Scott nervous during our outing there, so my work was done.

After finding both the caches along the trail, we made our way to the Saxapahaw General Store, which — fortunately — wasn’t very crowded and offered decently spaced outdoor seating. So, we opted to grab lunch here, which, as is generally the case, turned out to be mighty satisfying. By the time we left, the crowd was getting larger, so our timing proved propitious.
The weather was all too summery for December, but at least the day turned out right pretty after some rain last night. Here’s hoping next weekend will offer another good cardio/caching opportunity.
Adieu.
Posted by Stephen Mark Rainey at 4:59 PM