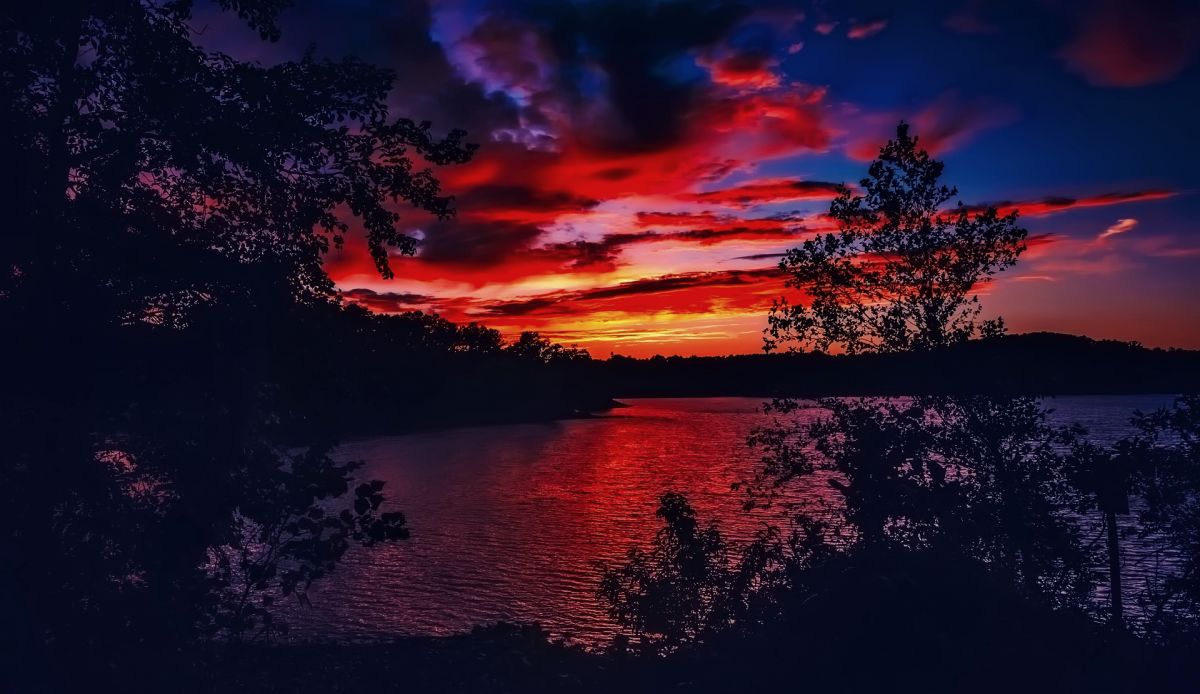 Having put New Hampshire: Ghosts From the Skies to bed, I am currently plotting my next entry in Elizabeth Massie’s Ameri-Scares series. This one will be Georgia: The Haunting of Tate’s Mill.

In the mid-1950s, the US Army Corps of Engineers built the Buford Dam on the Chattahoochee River and created Lake Sidney Lanier, which covers portions of Hall, Forsyth, Dawson, Gwinnett, and Lumpkin counties. Upon the dam’s completion, 625 billion gallons — give or take an ounce or two — of water submerged 56,000 acres of land, which consisted of several small communities, hundreds of farms, an auto racetrack, and innumerable graveyards. No one knows for sure how many dead bodies lie in those dark depths. In the intervening years, hundreds of people have drowned, died in boating accidents, or simply vanished in Lake Lanier’s waters. In 1958, a car plunged off a bridge into the lake, killing two young women. Since then, a ghostly apparition, known as “The Lady of the Lake” — supposedly, one of the women who died — has frequently been sighted wandering the roads and bridges along the lake (although I never saw her). In its six and a half decades of existence, Lake Lanier has earned its reputation as the setting for grim happenings.

From the 19th century until the lake’s creation, my mom’s family — the Bell family of Gainesville, GA — owned a mill, called Bell’s Mill, just outside of Gainesville. Mom spent much of her childhood at the mill and told my brother and me many stories about her happy times there. And me, I experienced the best days of my youth in Gainesville at my grandparents’ place. We often went to Lake Lanier, sometimes to swim, sometimes for family reunions, and, on occasion, to visit the site of the old mill — or as close to it as we could get, since the lake had long since claimed that land. Several years ago, on a visit to Gainesville, Ms. B. and I hunted a geocache, aptly titled “Old Bell’s Mill,” close to the mill site. Plus I spent a couple of years at the University of Georgia in Athens, less than an hour from Gainesville. Indeed, I do have a long personal history in this area.

In the 1960s and early 1970s, a family named Tate lived across the street from my grandparents, and my brother and I enjoyed playing with the Tate kids whenever we visited Gainesville. They were a fun, quirky bunch, and it seems only proper that the Tate name should be woven into my upcoming novel. And thus, Tate’s Mill it is.

While the events of the book will be completely fictitious, they are very much inspired by the spooky legends that have arisen around the lake, as well as my decades of personal experience here. As of this writing, I have contributed four novels to the Ameri-Scares series, and I really, really look forward to developing this new one.