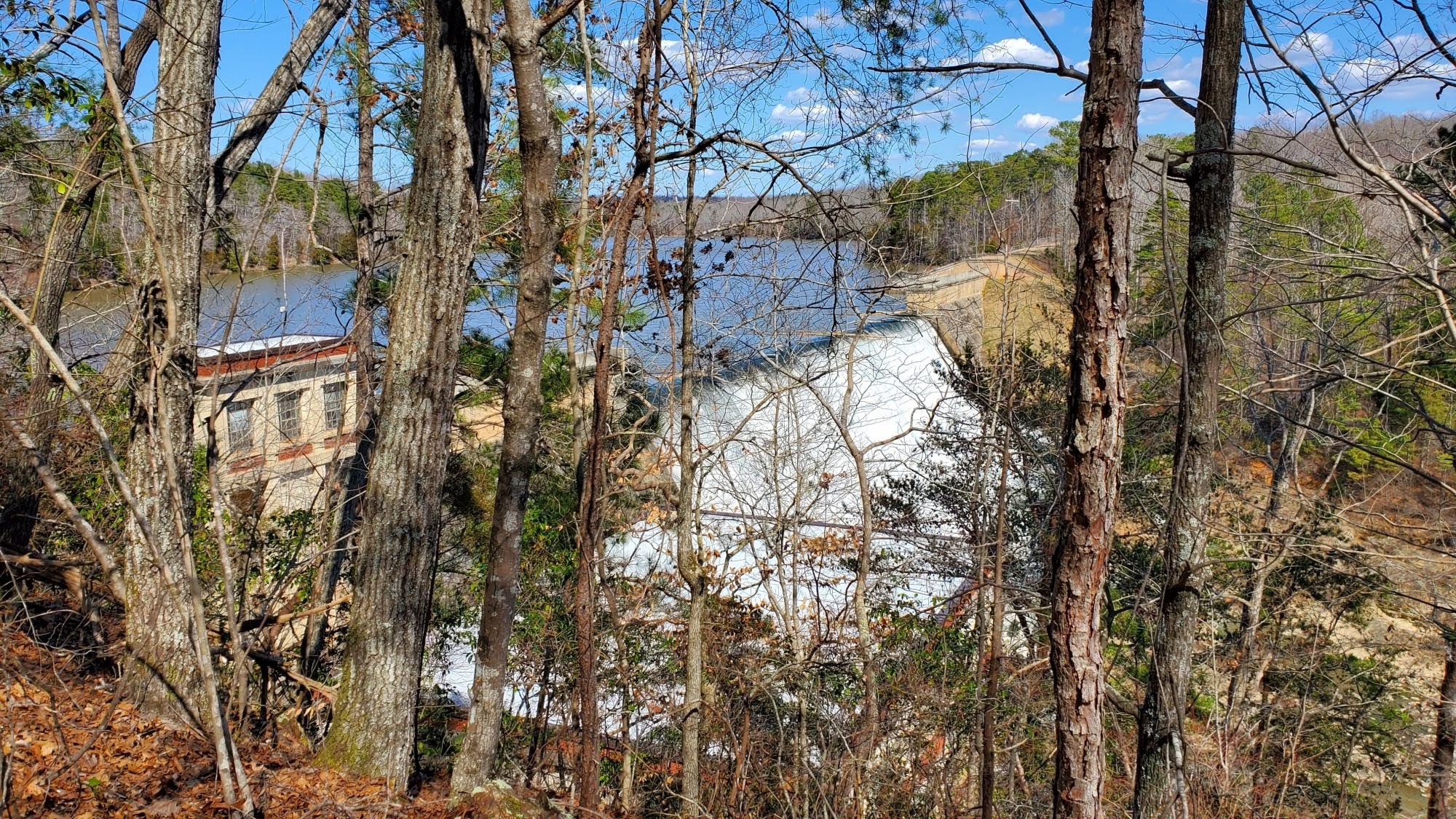 First thing this morning, The Socially Distant No-Dead-Weight Irregulars, today relegated to only friend Diefenbaker (a.k.a. Scott) and me, headed out to the Horton Grove Nature Preserve, just north of Durham, NC. About twenty geocaches are hidden along the preserve trails, and we figured they would make for us a good day’s work. As it turned out, another cache, relatively nearby — “On the Face of It” (GC9742F) — was brand new, just published in the past couple of days. As yet, no one had logged a find on it. However, after some discussion, Scott and I decided to stick to the original plan of hunting the older caches in the preserve rather than go after the new one, which lay to the east, across the Flat River. The recommended parking for that one was a couple of miles south of the cache, and we rightly felt, for that much hiking, we could find considerably more caches in the preserve. 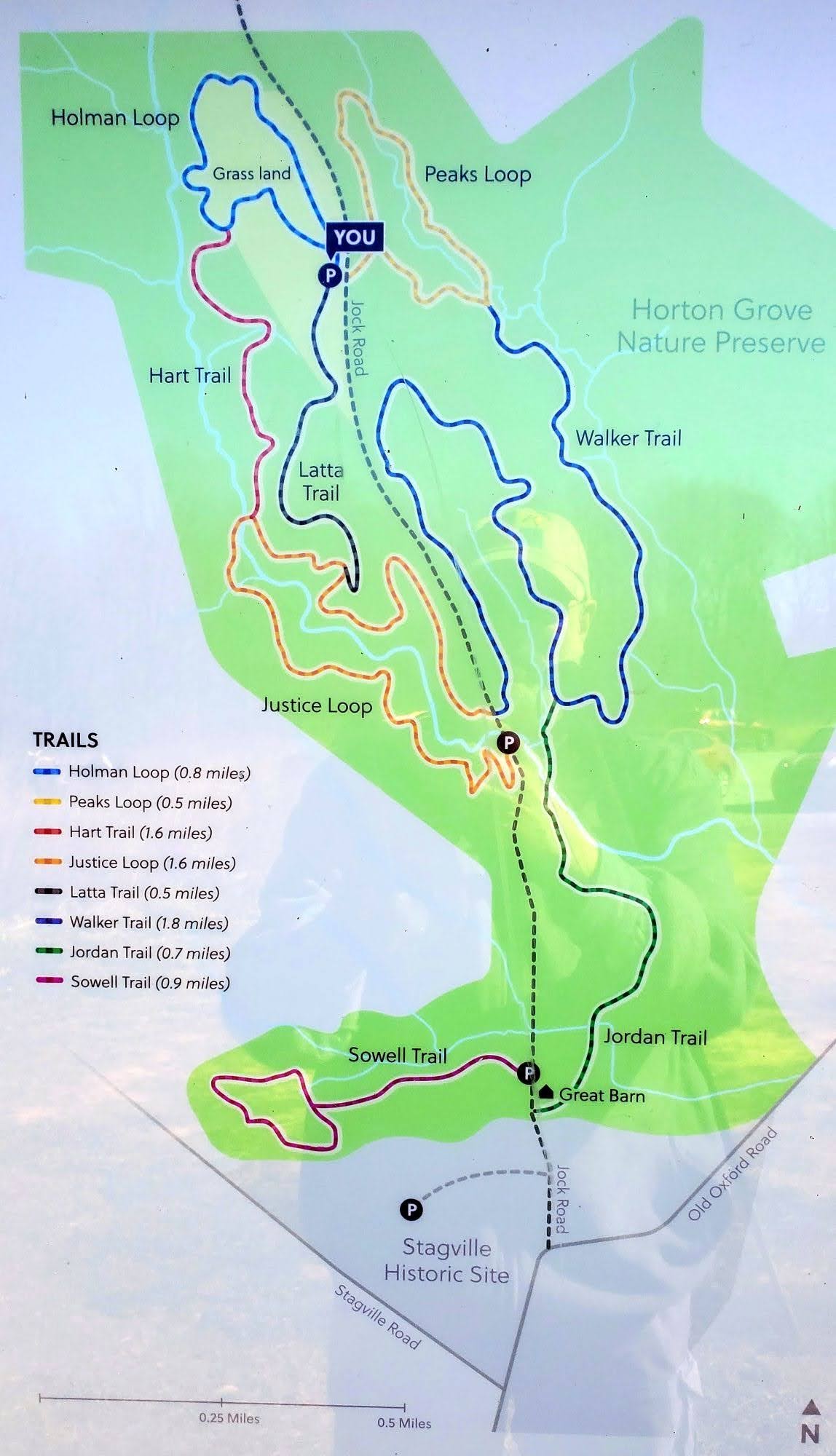 We made it several miles through the preserve on its well-traveled trails. Once we reached the northernmost cache within its borders, we paused and pondered the feasibility of getting to the new cache across the river. We knew there was about a 90% chance such an endeavor would fail, but that reality could hardly dissuade the likes of us, being so brave, dedicated, and foolish, don’t you know. I told Scott we might as well give the journey a shot. “It can only kill us once,” I said. Happily, one other cache — “Ceilidh’s Delight” (GC8MQA7) — lay along this most arduous route, so we stopped for it along the way (and it turned out to be our favorite of the day). At last, we discovered a small utility road, which led eastward through the dense forest, so we followed it — straight to the dam on the river that creates Michie Lake.

Here, though, our suspicions were confirmed. Massive torrents of water roared over the top of the dam, feeding a rushing, raging river. Given such prodigious rainfall over the past few weeks, this came as no surprise. Ever hopeful, we trudged a considerable distance downriver, looking for any potential crossing that didn’t involve being swept away to the Atlantic. Alas, no reasonably safe passage presented itself. So, we decided we would have to forgo that oh-so-tantalizing first-to-find opportunity, return to the preserve, and snag a few more caches along the trails before packing it in for the day. Frustrating, yes, especially in that, at one point, we stood only 85 feet from the cache; regardless, that trek through the thickest of woods out to the dam made for the day’s most enjoyable and stimulating experience. And we ended our outing with nineteen cache finds under our belts.

That, I would say, is far better than being killed even once.