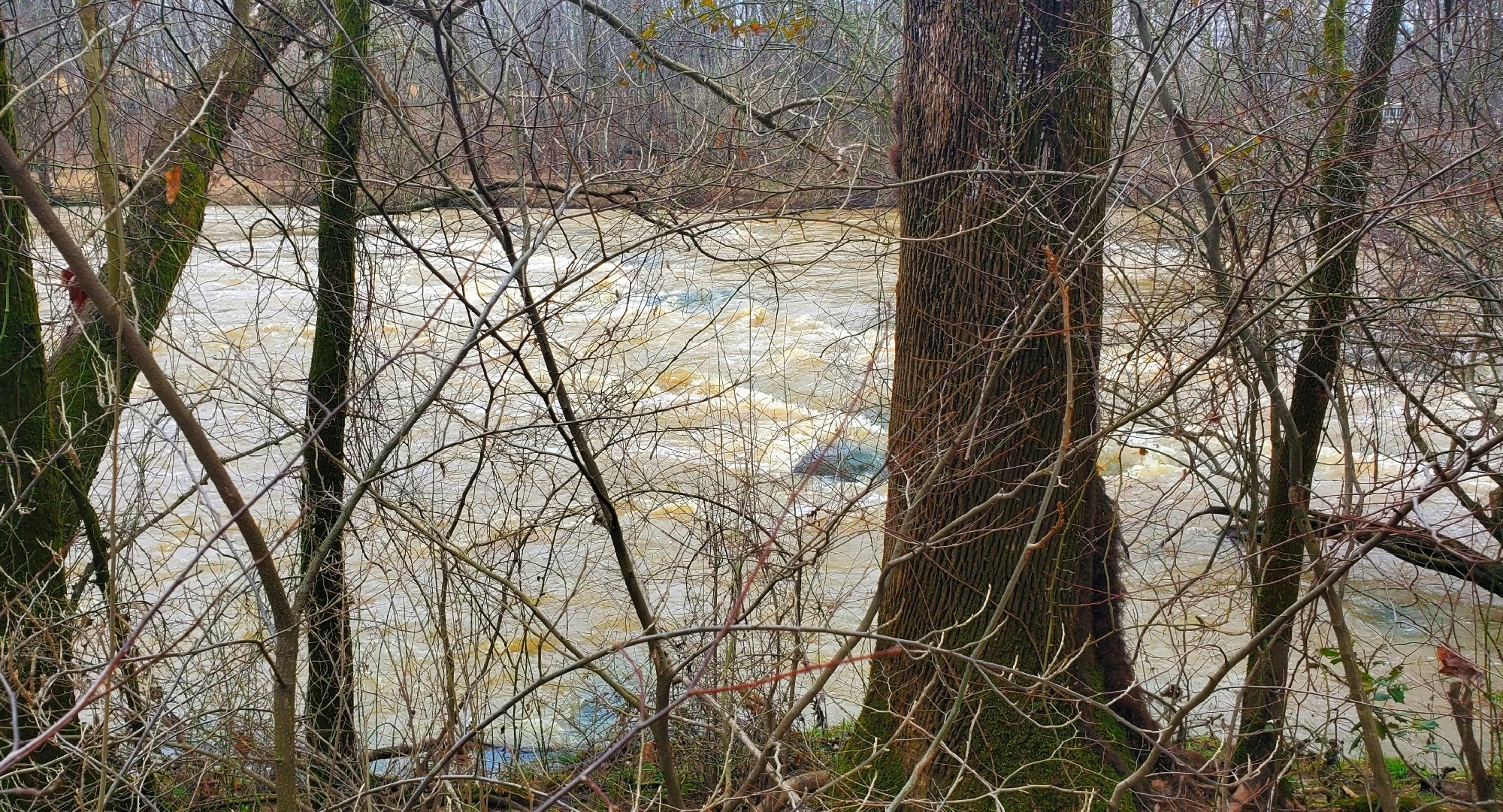 A few new geocaches along the Haw River, just north of Burlington, came out this week, so the Haw River Trail looked like the perfect destination for a relatively lengthy hike today. Sadly, of the Socially Distant No-Dead-Weight Irregulars, only friend Diefenbaker (a.k.a. Scott) was available, though he did bring his faithful cache hound Tink with him. After ungodly amounts of water dumping from the sky for two weeks or more, the trail might have been a little muddy. Tink particularly enjoyed the myriad temporary pools and ponds; by the time we were done for the day, the Diefenbaker duo was in need of a good scrubbing.
The morning started out foggy and chilly, but in short order, the fog broke and the temperature rose. There are several older caches along the trail, which I had already found but Scott had not, so we stopped for those as well as the new. As is often the case along the Haw, the cache hunts took us to some cool locations, including a set of massive concrete supports for a couple of long-gone propane tanks, now overtaken by woods. That is the kind of stuff I love finding in the woods. Along the way, we ran into friend tbbiker (a.k.a. Todd) heading in the opposite direction, so we enjoyed chatting for a spell before going our separate ways. Then — shades of last Sunday at the Cane Creek Mountains (see “Rusty Wreck & Others”) — as we made our way back to our vehicles, friends David & Diana (a.k.a. David & Diana) came along, intent on hitting the trail themselves.
At the end of it all, we found four caches (a handful of extras for Scott), put in a good four miles in messy, mucky terrain, and burned a few hundred calories. Plus I did a good deed and repaired one of friend Yoda Rob’s caches, which needed some serious TLC.

Not at all a bad day’s effort.
Posted by Stephen Mark Rainey at 9:04 PM