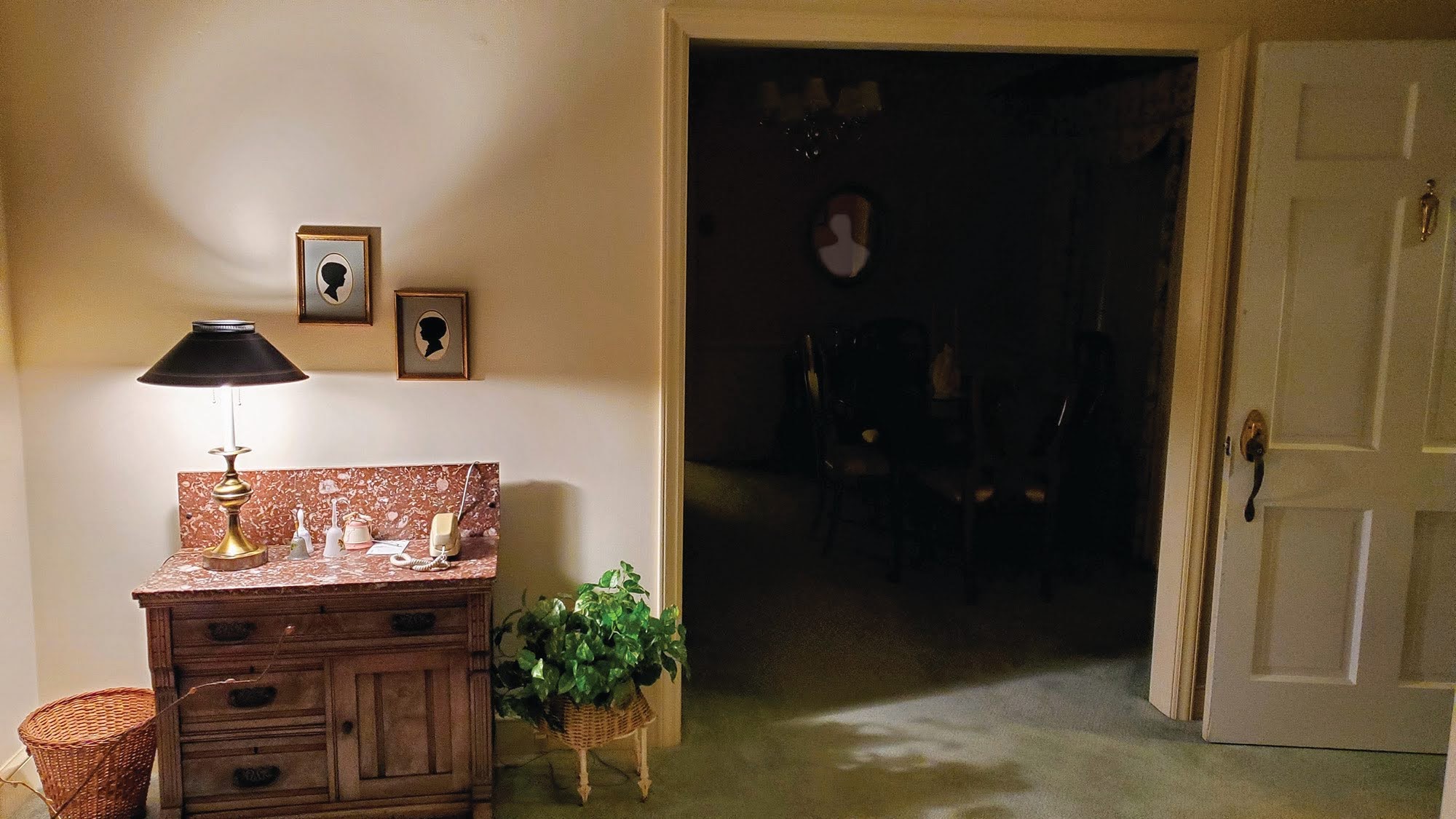 Do you see anything a little creepy in this photograph? I took it at the old homestead in Martinsville on Friday night. A friend was trying to recollect the layout of the rooms there, so I took a shot of the wall with the cameo silhouettes of my brother and me (above and to the right of the lamp; they were rendered by an artist at Walt Disney World in May 1975). The dark room on the right is the dining room. Hanging on the far dining room wall is a framed, oval mirror, and... yes... when I looked at the photo on my phone screen, I clearly saw what appeared to be the reflection of a human figure — where there could not possibly be a human figure.

For a scant few seconds, I was pretty creeped out. Then — almost to my disappointment — I realized there was some shmutz on the phone screen that happened to be slightly reflective and perfectly positioned to create a weird illusion. What you see above is actually a Photoshop rendering of what my eyes saw. I’m posting the actual photo, sans shmutz, just below.
But for that one brief moment, my face at first just ghostly turned a whiter shade of pale. 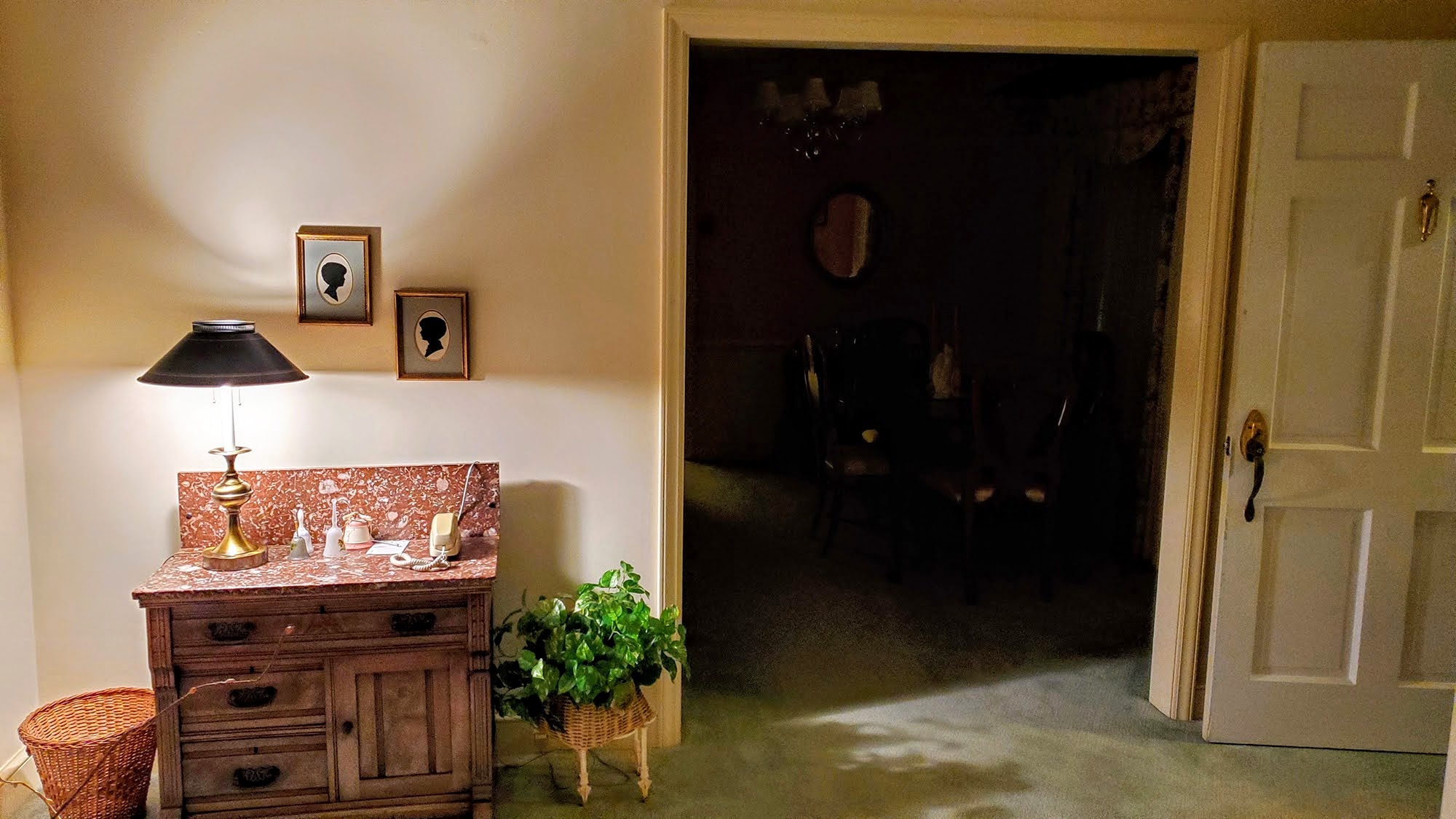