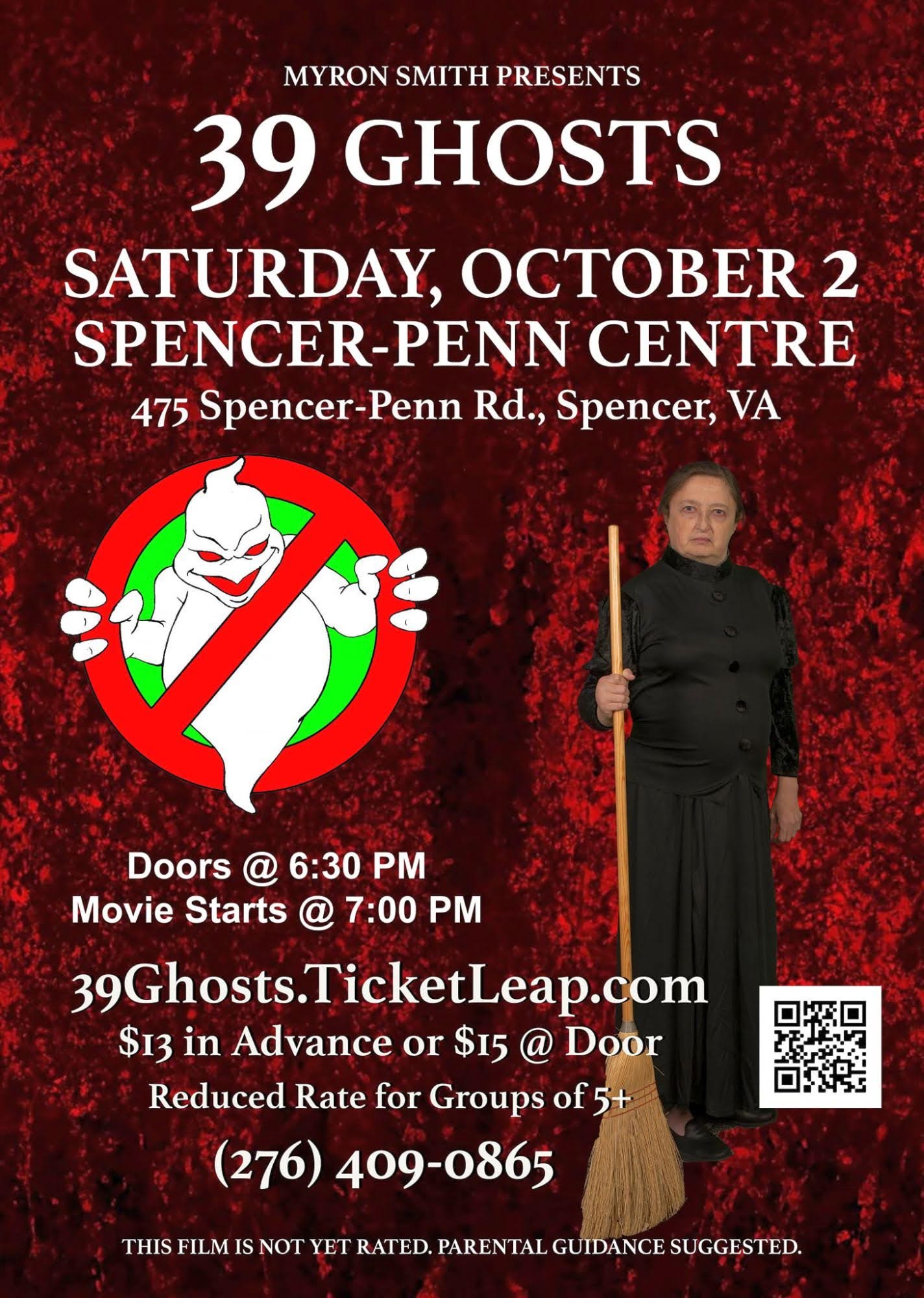 Tomorrow night (Saturday, October 1) is the Martinsville, VA, premiere of local moviemaker Myron Smith's latest spookfest, titled 39 Ghosts, loosely based on William Castle's original 13 Ghosts (1960). Like most of Smith's movies, this one promises lots of chuckles as well as a few chills. In it, I play the ghost of Dr. Abroz (based on—guess who—Dr. Zorba from the original film.
The movie plays at the Spencer-Penn Center in Spencer, VA, just west of Martinsville, at 7:00 p.m. EDT. Tickets will be available at the door.
When I was a wee lad, 13 Ghosts scared the devil out of me, resulting in more than one sleepless night. And shortly afterward, one or more of those ghosts apparently migrated to our house because the number 13 mysteriously appeared on the living room wall behind the television, scrawled in pencil. My brother was way to young to do any such thing, and I would never, ever have dreamed of writing anything on the wall. Not me, no. So, it had to be ghosts. Probably Dr. Abroz.
Seeing the old dude as a ghost on the screen is bound to be a hoot. Perhaps I'll see you there.
Posted by Stephen Mark Rainey at 4:53 PM