Caching on the Brain 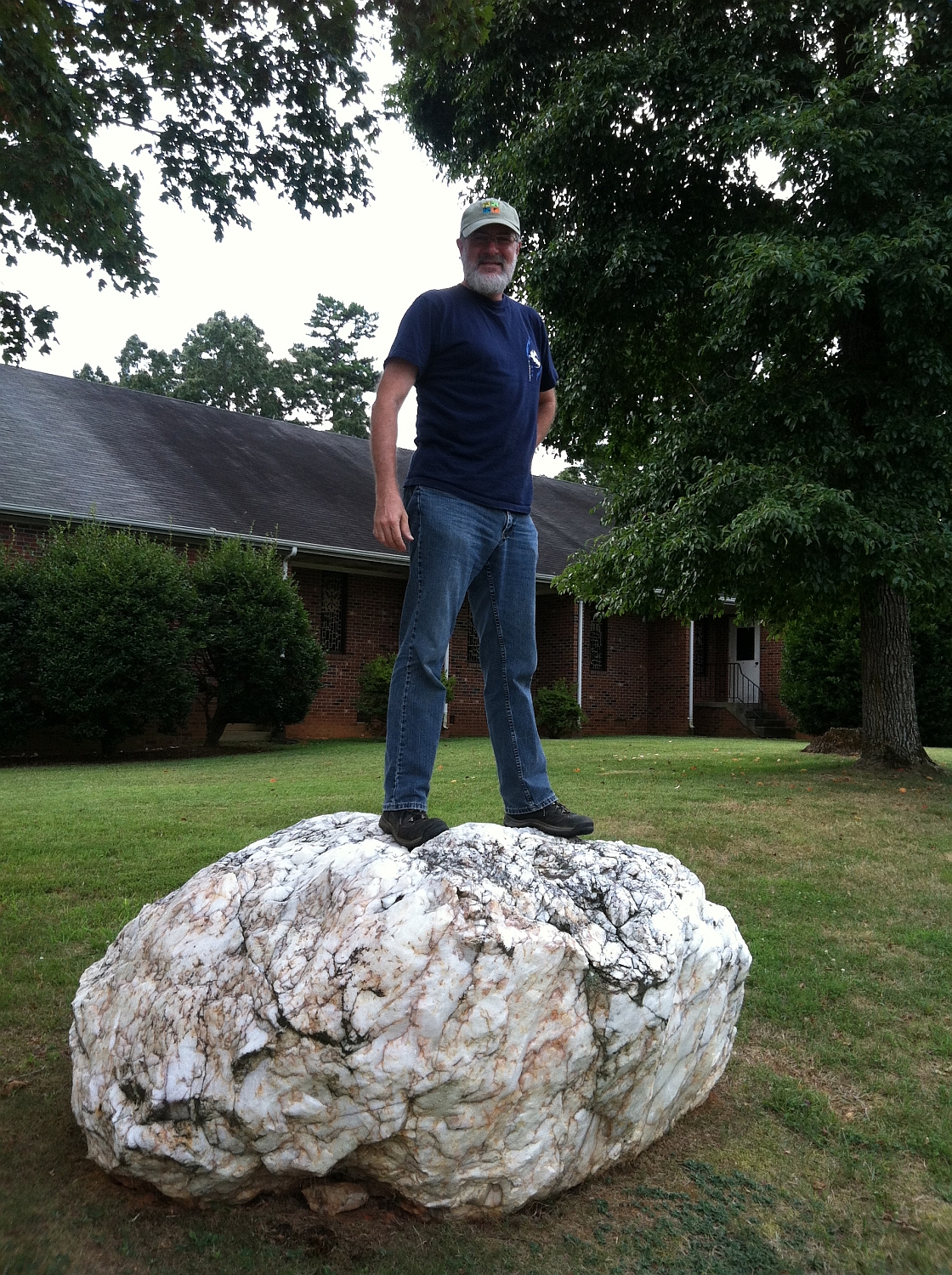 Yeah, that's Damned Rodan on "The Brain" (GC2JGGM), down near nothing, somewhere between Asheboro and Lexington. A nice day on the caching trail with Bridget "Suntigres" Langley; mostly park-&-grab caches, which added another 26 to my total, now at 4,896. "The Brain" looks like a big old hunk of marble, though my expertise in things geological isn't exactly prodigious. Caching, though, has certainly helped dredge up a lot of forgotten knowledge from my school years, particularly when I'm out in the field with science guru Mark Case, who never lets slip an opportunity to share his love of geology. Aptly, Mark was the first finder of "The Brain" when the cache was published a ways back. The one disagreeable aspect of digging into the brain to snag the cache was the fact that, when brains haven't been discovered for a good while, sometimes vermin set in. As I moved the medulla oblongata to access the cache, all kinds of hopping, scuttling, slithering things exploded from the dark recesses, and I'm pretty sure I saw an icky little tumor back in there. No matter, though. We signed the log, and from there, went forth to take on a host of spiders, including black widows, at a few more caches around Randolph County.

Thanks for the caches.

When will caching become an Olympic sport?

And, that particular site -- the brain -- sure seems aptly named.