I had seen on television last night that the Dan River around Danville had reached and surpassed flood level, which wasn't all that surprising after the heavy rains of the past few days. I was planning to pass through Danville this morning to hunt a handful of new geocaches, so I was hoping the Riverwalk Trail wouldn't be completely underwater. It wasn't, but the river had indeed risen higher than I think I've ever seen it, and as I walked along the bank, my immediate impression was that I had stumbled into the setting of H. P. Lovecraft's The Case of Charles Dexter Ward:

"The following spring, like that of the year before, had heavy rains... and a vague report went round of things that were floating down the river and flashing into sight for a minute as they went over the falls. Of course the Pawtuxet is a long river which winds through many settled regions abounding in graveyards, and of course the spring rains had been very heavy; but the fisherfolk about the bridge did not like the wild way that one of the things stared as it shot down to the still waters below, or the way that another half cried out although its condition had greatly departed from that of objects which normally cried out."

Yeah, there were all kinds of things rushing downriver this morning — a basketball, an angled wooden construct that might have been the roof of a child's treehouse, all kinds of mundane rubbish, and numerous unknown objects that vaguely resembled bodies or pieces thereof. The water was moving at great speed, so anything that went by remained in sight for only a few moments. In order to reach the new cache, after hiking some distance by the river, I had to bushwhack along Barker's Branch, a small tributary of the river that runs along the boundary of Dan Daniel Park. The branch, ordinarily a small, narrow stream, was swollen to many times its normal size. 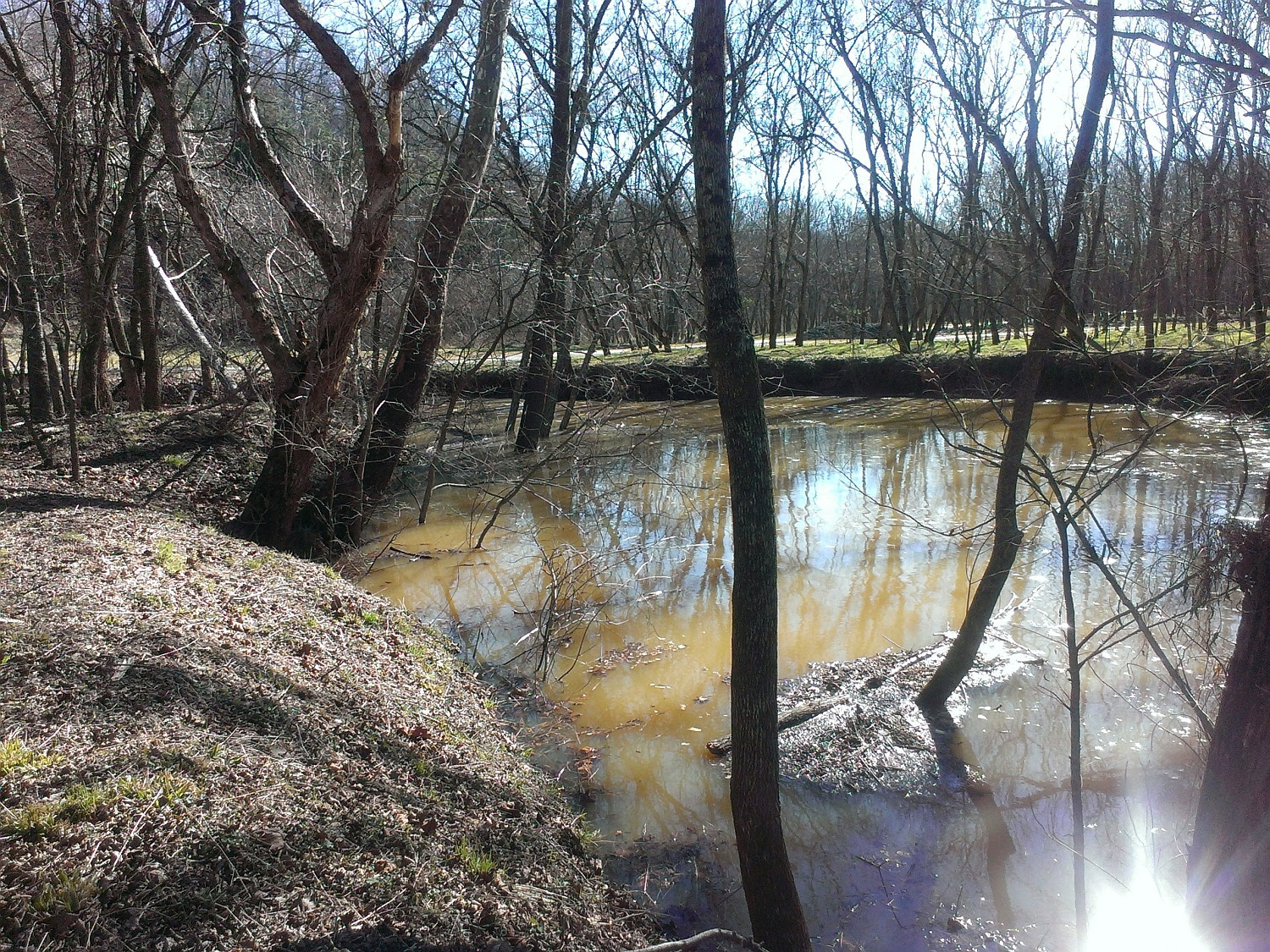 My GPS led me a fairly short distance along a brier-choked cut for power lines before sending me down a hill into the woods along the stream. Though US Highway 29 runs close by here, the late morning air seemed unnaturally quiet, with little sound of traffic; only the rushing of the Dan River in the distance disturbed the near-silence. When I reached the cache's coordinates, I saw what appeared to be the perfect hiding place. As I went to investigate, virtually all sound ceased but for a strange, muted buzzing. Not to be deterred, I reached into the opening at the base of the tree, cleared away a pile of dead lives, and removed a flat rock... only to realize that something terrible was lurking beneath it. I had time only to sign the cache log and snap a photo before making haste away from that demonic ground zero.

I do hope that future geocachers will take great care when hunting this cache and bear in mind that, sometimes, unearthly torrents of rain such as we've been having may bring with them the truly unearthly. 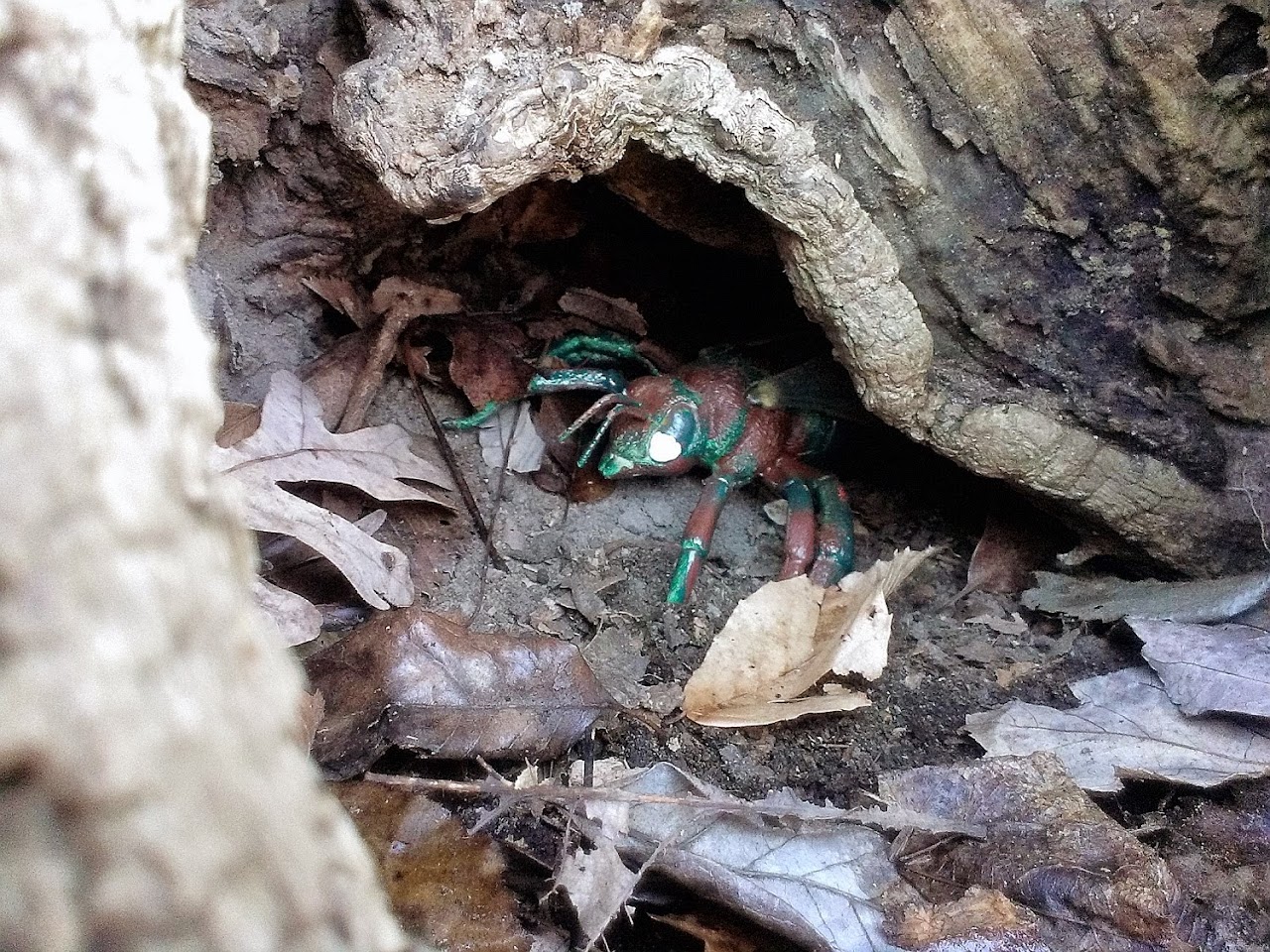 Everyone who sees that will immediately say: