The Oddities at Shallow Ford


A beautiful but cold morning. A handful of new geocaches awaited me over in a remote corner of Alamance County, a couple of which had not yet been logged, so I headed over fairly early, figuring I might have a shot at first-to-find. My first stop was the Shallow Ford Natural Area along the Haw River, which has several miles of beautiful hiking trails and a passel of caches, a couple of which are mine from a few years back — "Owl Rock" (GC2HM9H) and "Shallow Ford Towers" (GC2HMAJ). Along one section of trail, I encountered the ever-mysterious cairns that have been built from the stones that cover the wooded hillsides. I'm fairly certain they are the work of Martians, who have clearly taken over this section of countryside, for as I hiked this morning, I could hear them in the distance, constructing their giant fighting machines. The entire time I was out there — just over an hour — the hammering scarcely let up, and when it did, it was only for a few brief minutes. It had to be Martians; nothing else sounds like that. Many of the rocks were arranged in manners that defied physics, leading me to believe they might be designed for communications of some kind. Beware — the aliens could be on the move at any time. In the video below, you can hear the hammering. It's outright eerie, it is! (Click on images to enlarge.) 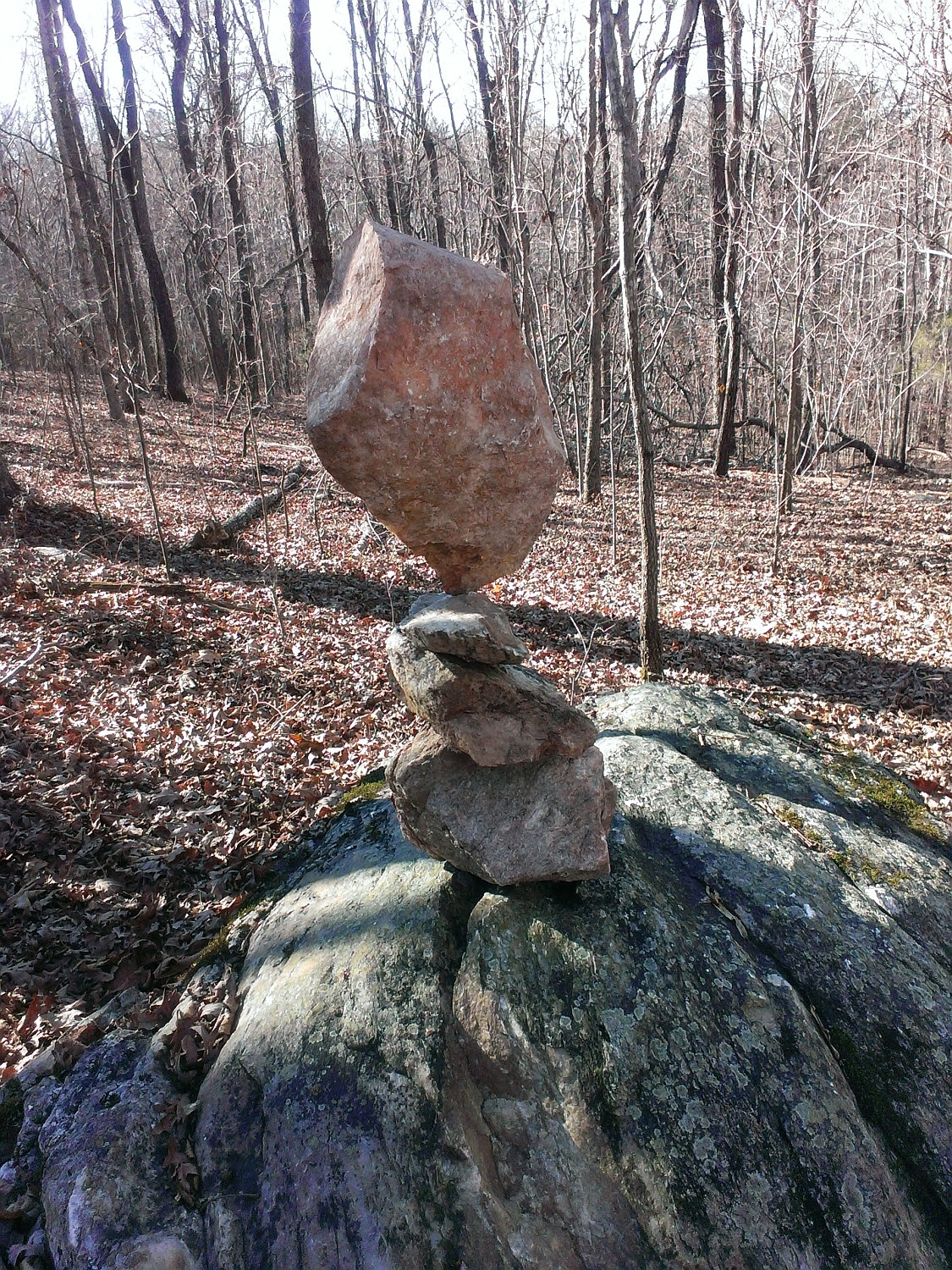 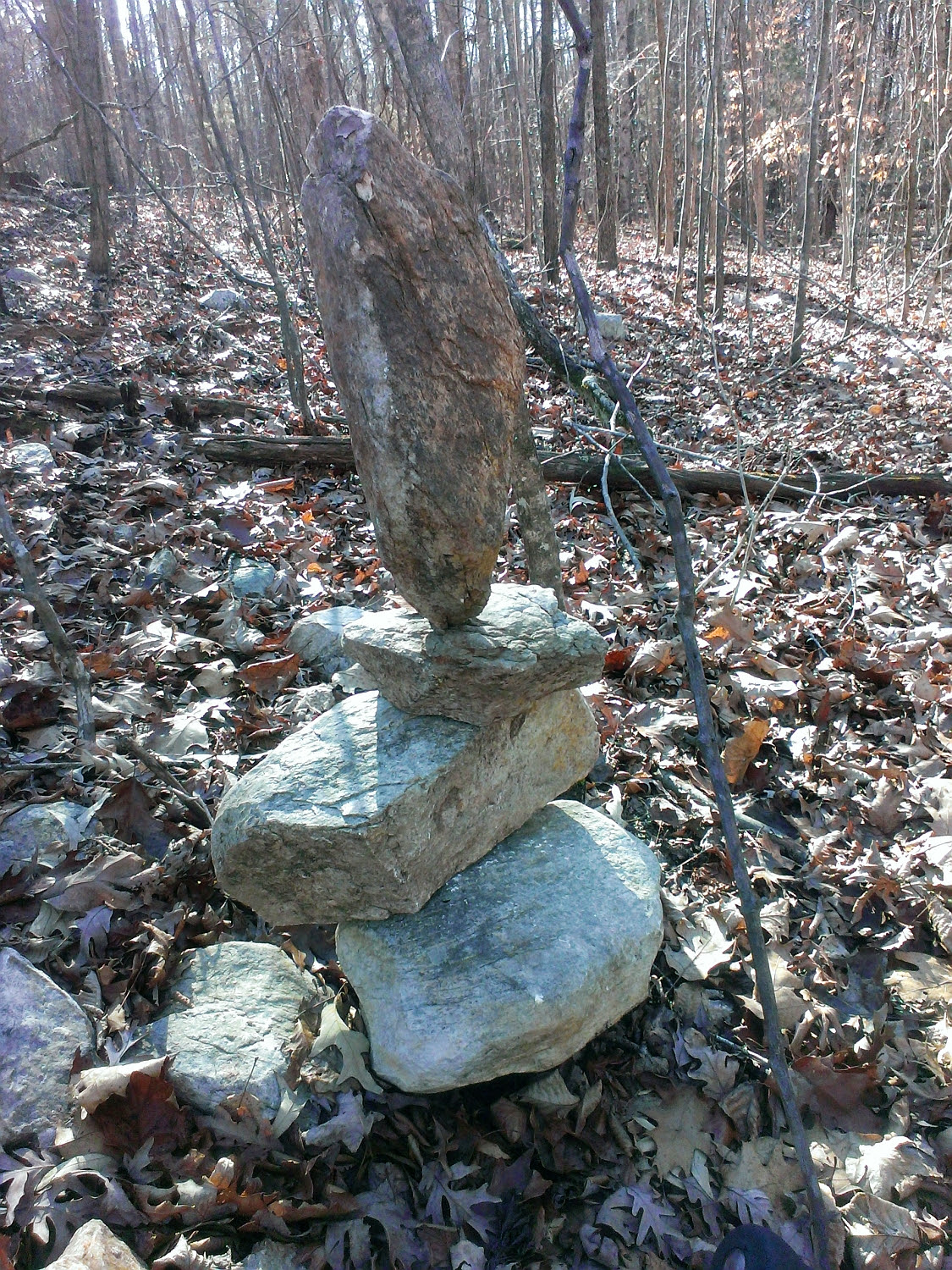 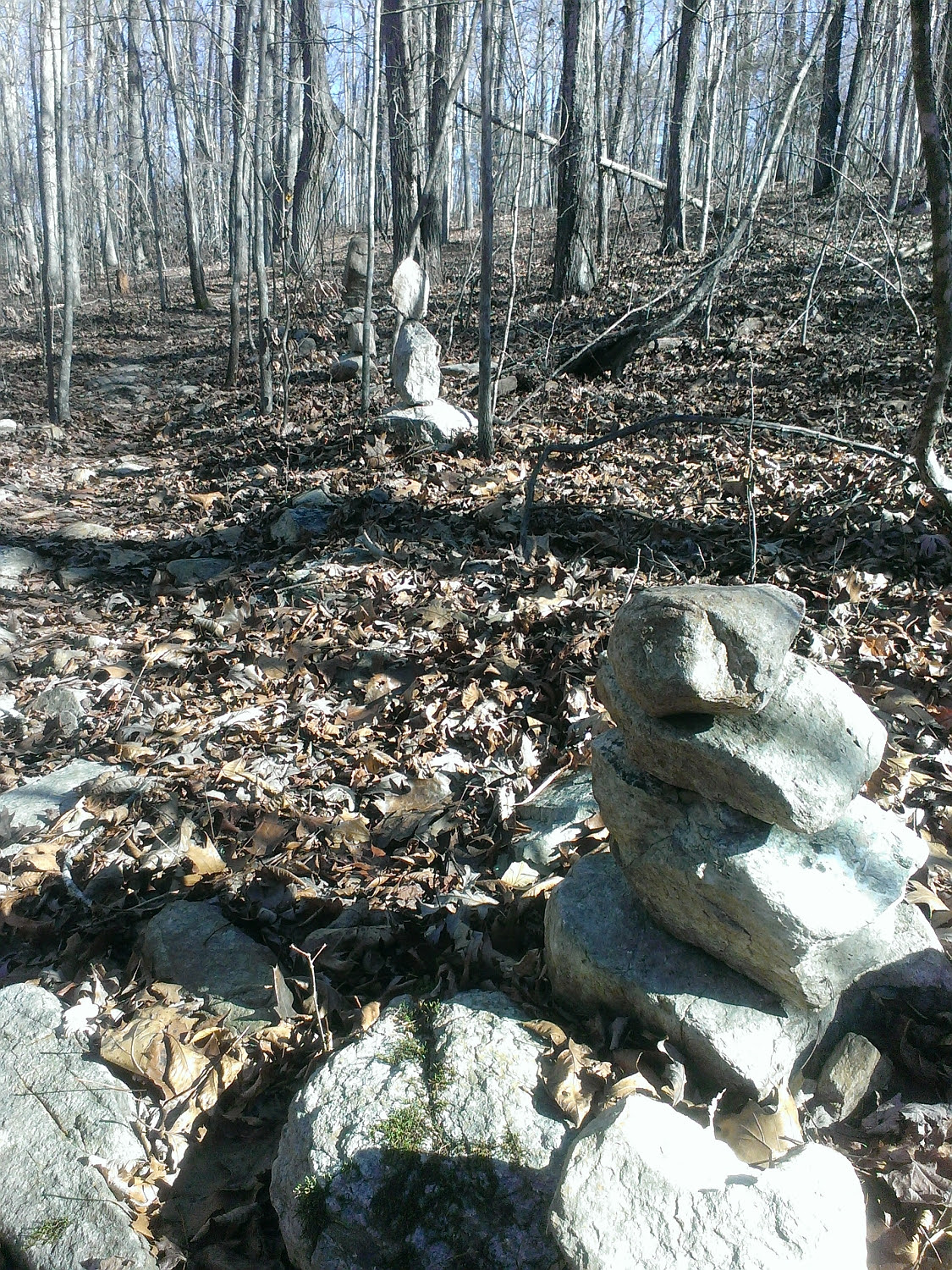 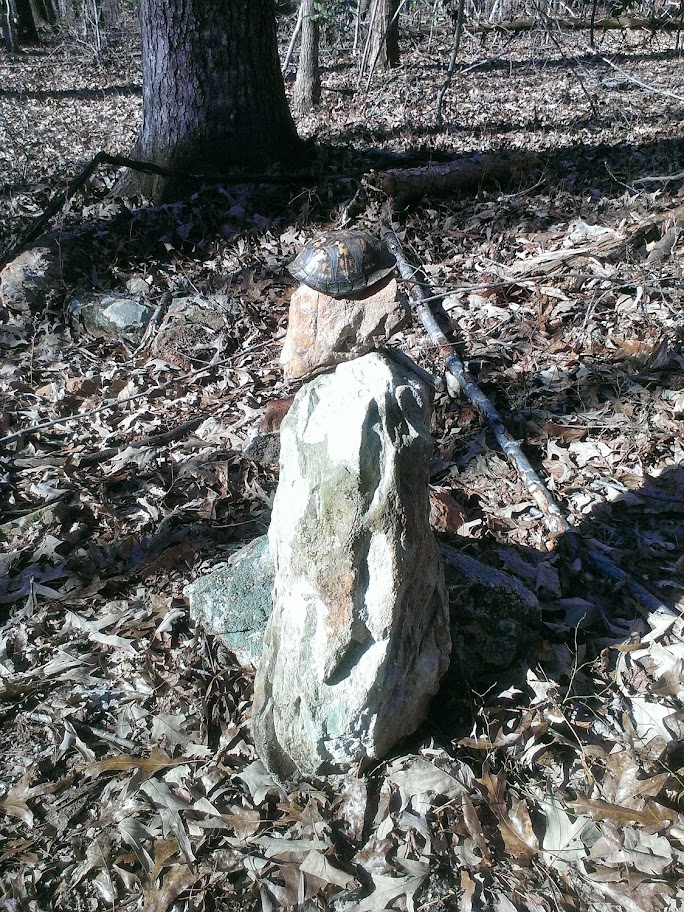 The enigmatic rock cairns along the trail. Note that one of them is wearing a rather macabre hat.


On the video, you can hear the distant sounds of the Martians at work upon the fighting machines
they're building.... sleepless, indefatigable.
I did get first-to-find on the new cache. And on a slightly more mundane note...

After quitting Shallow Ford, I headed over to nearby Lake Cammack, to the dam at its southern end, where I managed another first-to-find. The cache owner had suggested that hunters might help remove some of the trash along the trail there, for the local fishermen are apparently too brain dead to carry out what they take in with them. Indeed, the area is absolutely beautiful but for the prodigious piles of trash that choke the woods. In fifteen minutes' time, I filled up a large trash bag, leaving at least a section along the river trail almost pristine. If every geocacher that goes in there were to do the same, the trail would be as scenic as nature intended, at least until the local pinheads fill it back up with crap.

Perhaps, if we're lucky, the Martians will simply eliminate them. They're coming, you know.

One of the coolest rock-cairns ever. Martians! A dam! And a good deed!

I also stopped off at Grove Winery on the way home and picked up a bottle of their Nebbiolo. It's fabulous stuff.