It's a perfect blend of anger, frustration, relief, and thankfulness.

If you're anywhere in the southeast, you're probably feeling the brunt of the winter storm even now. It's been on the schedule for several days, and it moved into NC's Piedmont Triad about one o'clock this afternoon. It's not as if there weren't plenty of warning and adequate time to prepare and adjust schedules accordingly. And after the recent debacle in Atlanta, and other southern areas that simply aren't accustomed to extreme winter weather, you'd think communities would have their proverbial houses in order. Yeah. Sure thing.

Right after lunch, I saw it was getting rapidly white outside — a very slick white, based on the behavior of the motor vehicles in the parking lot. My gut told me, leave now because it's going to be a beast out there in a short while. Word came down that the office would close at 2:30 PM. Another hour or so. Now, at my workplace, if you don't feel safe in adverse weather conditions, there's no problem using personal time to leave. But I decided to be a good trooper and finish out the day.

Well, no good deed goes unpunished. Apparently, every business in town had decided to release the horde at the same time. As soon as I hit the main road home, I found myself in a parking lot. No movement. Gridlock. Snow was gathering so fast while I sat in one spot that every time I did manage to inch forward, the tires spun. It's usually a 15-minute drive to and from work. I lucked out at 90, but not without mishap. I made it to within 400 feet of my house, to the intersection at the bottom of the hill where, during the last icy spell we had, just a couple of weeks ago, there was a rather scenic five-car pile-up.

It had happened again. Another car had come down the hill, slid, and smashed into the trees across the intersection. An officer and a tow truck were on the scene, completely blocking the longer but safer route around to my house. The car in front of me opted to go up the hill. The very steep, very slippery hill. If the driver had just kept going, he would have made it. But he slid a bit and, apparently unnerved, decided to stop. Bad move. From a standstill, when he tried to get going again, his tires started spinning. Then the car began sliding backward — right toward me, waiting at the bottom of the hill.

With the tow truck, police car, and several cars behind me, I had limited options. I threw it into reverse, pulled as far to the side of the road as I dared. Up the hill, the errant vehicle was still sliding toward me and gathering momentum. The driver at least had the presence of mind to turn the wheel so the car was coming down sideways. Knowing now a collision was inevitable, I turned as tight as I could, maneuvering so the passenger side was to him. My only thought at the time was at least this wasn't going to injure either of us.

Boom. He hit me broadside, and suddenly my car was moving, the other car pushing mine over the icy road surface with virtually no resistance. Suddenly, I wasn't so sure about that whole non-injury thing. But then, a moment later, we came to rest a few feet from the edge of the crossroad, both cars still perfectly side by side. We got out, checked ourselves, checked our vehicles. Amazingly, my old Buick took only a few superficial bruises. Not even worth hammering out. The other car fared a little worse, but not by much.

The officer at the other accident came over to make sure we were all right, but she was still occupied and couldn't offer much assistance. Thankfully, we didn't need any, but at least we did have an official eyewitness. The other driver and I basically agreed that we were fortunate and opted to leave it at that. Both old cars, both boasting a few more scars that add character.

Just another ding on the Great White Beast. Lord bless that sturdy old Buick. But from now on, when the weather turns bad, I'm going with my gut, and that shall be that. Right now, there are many, many who are going through worse storm-related trials. Be safe as safe can be out there, folks.

Now, while I've still got power, I think I'll go watch this: 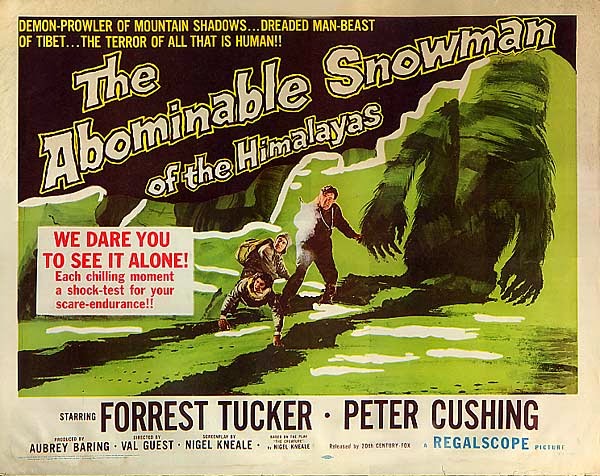