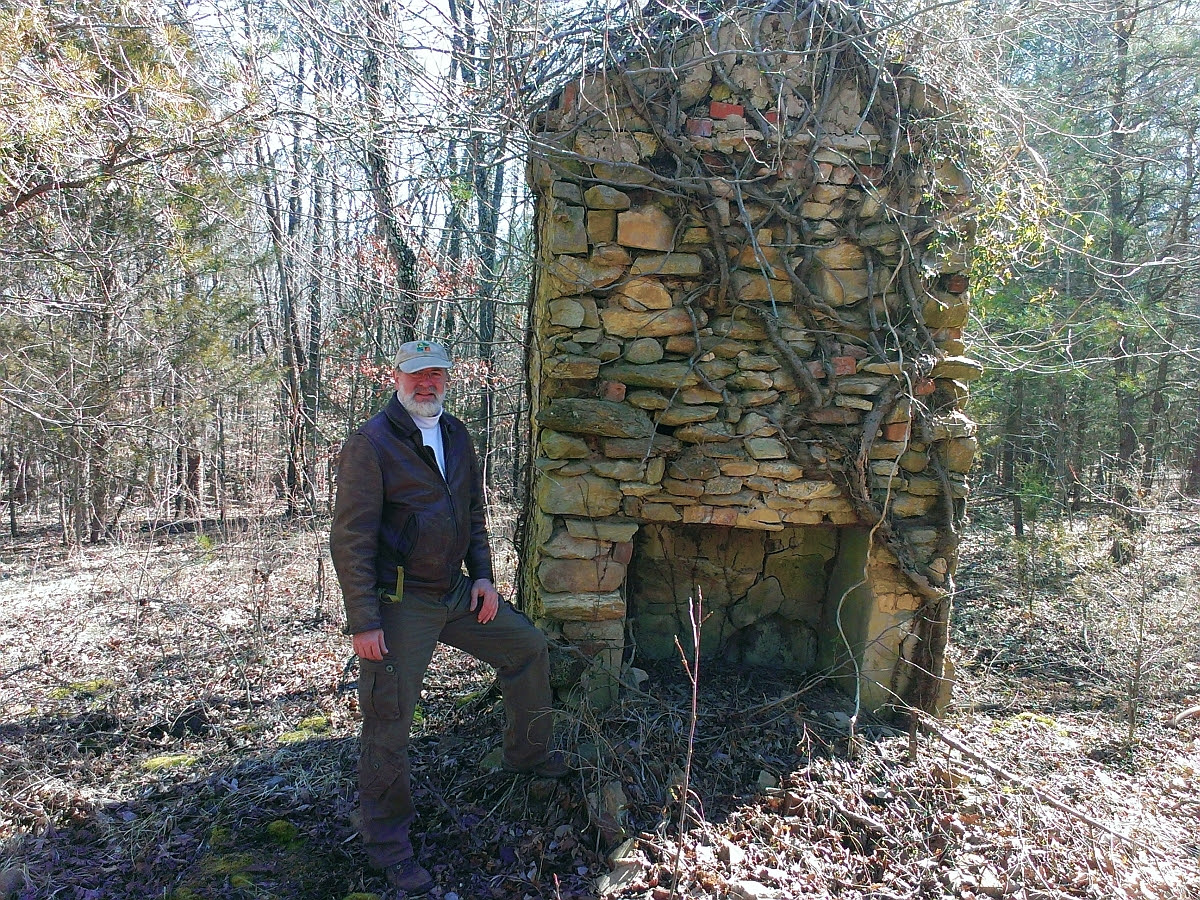 Lord have mercy, after several weekends of ice, snow, freezing rain, and frigid wind, we finally had a weekend suitable for getting back out on the caching trail. I didn't add a huge number to my total find count, but there were several miles of enjoyable hiking and some top-quality hides in the bunch. For several weeks, I've been trying to solve a monstrously challenging puzzle to get coordinates for a cache called "North by Northwest" (GC5MJ0T) in Reidsville, and I finally managed it on Friday. After work, I met 3Newsomes (a.k.a. Shannon), who had also solved the puzzle about the same time as I, and we finally tackled the beast. We won, by God, and yes, that is special. An excellent dinner at a lovely Irish Pub called the Celtic Fringe with Mrs. 3Newsomes and Ms. Brugger followed. The Welsh Dragon burger, with blazing ghost pepper sauce, was just the ticket for a Japanese giant radioactively mutated flying rubber reptile.

Saturday morning, it was back to Reidsville with Mr. Newsome and Tbbiker (a.k.a Todd) to find an enjoyable series of six caches at Lake Reidsville, each of which required having met specific criteria to qualify. Happily, I qualified for all. We were first to find four of the six; along the way, we ran into Cary Owl, a cacher from Cary, over near Raleigh-Durham, who had started at the opposite end of the loop trail and picked up first-to-finds on the other two. Always nice to meet friendly cachers out on the trail. Then, after I got home and was logging my finds, notifications for a new Civil War cache series that's been placed all around the state began arriving in my email. I expected they'd be popping up at some time or another, and — sure enough — one of them was only four miles from home. I knew exactly where it would be, so I buzzed down there and picked up another first-to-find. A right happy day of it, all things considered.

This morning, Team Old Fart — Robgso, Rtmlee, Diefenbaker, and old Rodan — headed out for Danville, a little bleary eyed after the frappin' change to Daylight Saving Time. We had a score to settle with the Virginia Star series caches, which we had completed — but for a couple of the 50 caches — back in January. I had returned for one of them, but this was the chance for the lot of us to pick up that last stubborn, devious little miscreant of a micro two miles down from the trailhead. Naturally, we walked right to it and found it precisely where we had searched so diligently the first time out. I won't say much about any old guys being blind as bats, although mention the cache name "Lost Your Marbles" to us, and at least one of our number will start frothing at the mouth and grumbling obscenities.

The day's favorite was probably "Zip Cache" (GC5MTFB) by a wonderfully talented cacher bearing the name "Klaussinator." Like most of his hides, this one was quite novel and involved not falling down a very steep hill, which some of us just barely managed. We also picked up an unexpected first-to-find at a new cache that was published while we were only a few miles away. That one required some extra work because the coordinates were off, but in the end, our signatures were in the log, the truth was in the box, and I came home looking like a porcupine, what with all the briers stuck in me.