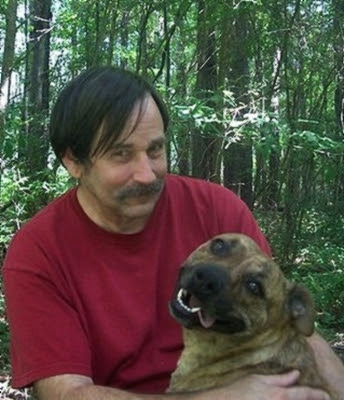 What a terrible year it's been for losing friends.

This morning, I was stunned to learn that Pete Wells, an old friend from my hometown, had died unexpectedly due to complications from diabetes — the same thing that killed my dad, as a matter of fact, back in 2001. Pete, though, was only a year older than I. We grew up in the same neighborhood in Martinsville, VA, in the 1960s and early 1970s, and while our paths crossed with some regularity, we never really became close friends. Still, we knew almost all the same people, attended the same schools, shared countless of the same growing-up-in-Martinsville experiences — even if not at the same time. It wasn't until relatively recent years when we reconnected on Facebook that we ended up getting to know each other, far better than we ever had in our youths. We also both participated in the two Smith Brothers movies, Young Blood: Evil Intentions and Invasion of the Killer Cicadas, both filmed in Martinsville. In 2012, at the premiere of Young Blood, I saw Pete face to face for the first time since high school, and though we didn't get to spend much time together, since then, I don't believe there has been a single day we didn't spend time in each other's online company, sometimes at considerable length.

What a pleasure. What a treasure to have gotten to know Pete over these past few years. 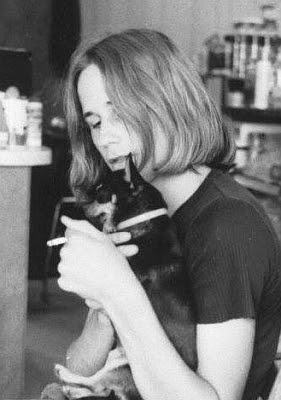 He and I held virtually identical views on politics, religion, and people. He had strong ties to Martinsville, and I have marveled at some of the facts about the town he carried around in his head. He could sometimes tell me things about my hometown that I've never known, even though I still visit Martinsville every few weeks. I've often prided myself on having a photographic memory of certain times and places from the 1960s and 1970s, but his total recall put mine to shame. I remember the 1970s Pete as being much more a rebel than I ever was, which is probably why we didn't connect on a very deep level back then (of course, my memory of those days is sometimes a little skewed). But in these more recent times, I learned he was a warm, intelligent, and very generous fellow. He was perhaps most generous with his wit, and while he delivered his opinions on most any subject with honesty and candor, when he disagreed with others, he could do it while remaining respectful, even jovial, which is a trait I think more of us should at least aspire to emulate.

He often shared bits and pieces of his life in Rome, GA, to which he also clearly had strong ties. In his words — typed words, at that — you could feel his love for his family (whom I have unfortunately never had the pleasure of meeting) and his critters. He never failed to send his compliments to my critters, too, which always meant the world to me.

Pete, my friend, it has been my privilege to know you. From a distance, you've inspired me, and I would go so far as to say that our time together has made me a better, more honorable person. I will miss you the rest of my days.

That's sad to hear, Mark. Pete sounds like he was a nice fellow.

Yes Mark.... This is a beautiful tribute to a dear friend gone way to soon. I still am having a great deal of difficulty processing the fact that he is no longer with us. Pete and I became best friends from the time my family moved to Martinsville in 1968, at a time when neither one of us had many friends. For years, we were rarely seen without the other's company. Pete was a very complex person, probably due to having a very high level of intelligence. He was quite the rebel at times, but he was always fun to be with! And although we took divergent paths from the late 70's on, we somehow managed to stay in touch. I know a lot of folks who knew him, particularly on social media, were astounded by his photographic memory and recall abilities. As I was staring at the almost full, almost blue moon yesterday evening as it beautifully reflected upon the New River, I swear I could see his impish face staring down on the Earth with a wide grin, letting me know that all will be okay. I will certainly miss Pete, and never forget the countless good times we had.....Ride high and rest in peace, my good friend!