Back to the Bigfoot Trail 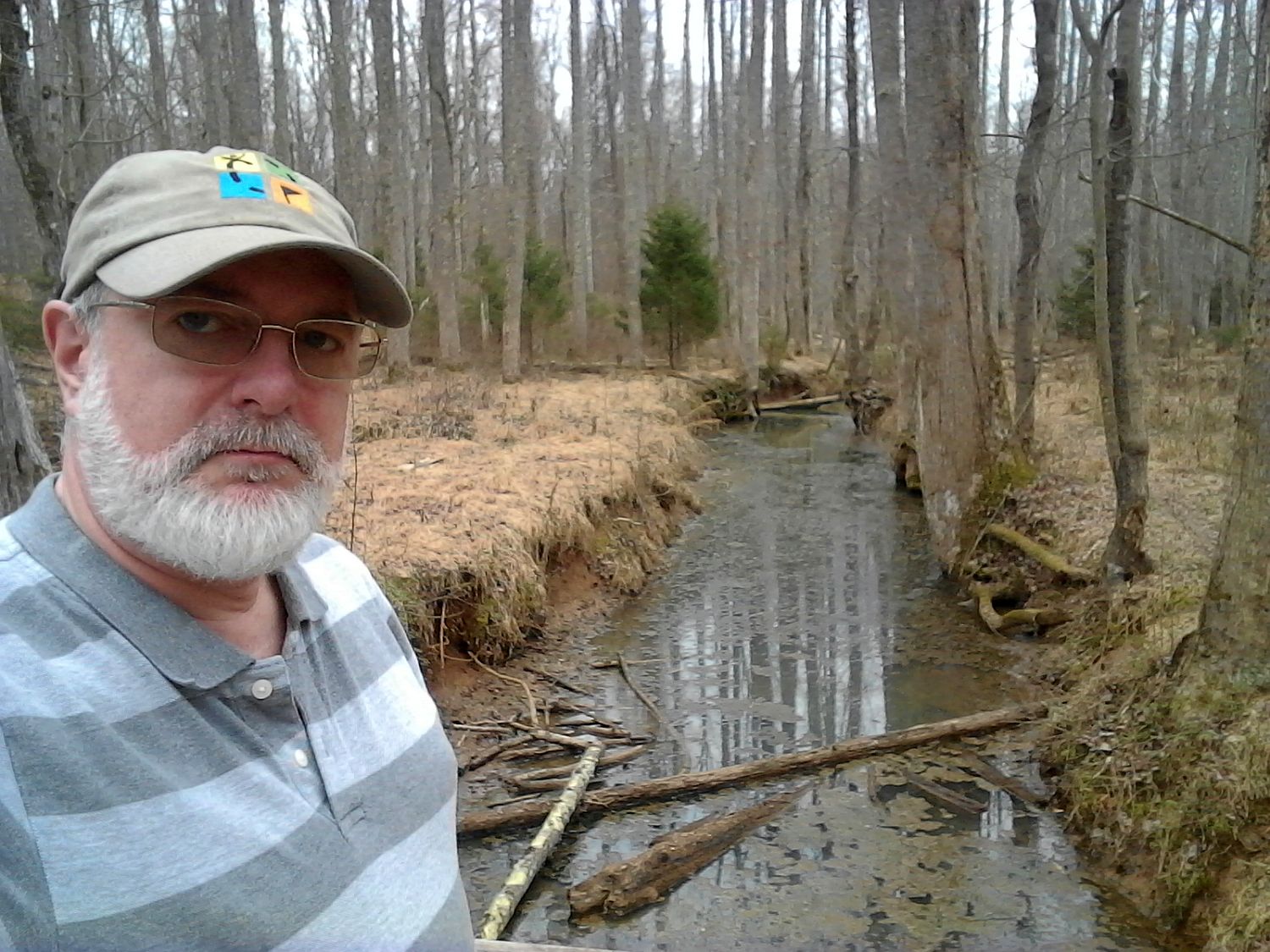 It's not really called The Bigfoot Trail — in official (but clearly ill-informed) circles, it's known as the Bill Craft Trail — but to me, it is and always will be The Bigfoot Trail. Because Bigfoot is out there. He's big, I tell you, and he's got feet.

The Taylor-Richardson Preserve is an extensive area of pine/deciduous forest and wetlands between Plainfield Road and NC 150 in Guilford County, just north of Greensboro, and the hiking/biking trail (The Bill Craft Trail, yeah, right, ha ha) runs about four miles from end to end. Many, many times during my now decade-long geocaching career I've hiked that trail, and I've placed several caches in the preserve myself. Nowadays, however, new hides out there are rare, since space that doesn't conflict with the existing caches' 528-ft. buffer zones is limited. Happily, though, now and again some determined soul will finagle an opening, and the redoubtable 2McTwins (a.k.a. Daniel and Dustin) who have placed numerous excellent caches, in the woods and otherwise, have done it again with a new cache along the Bigfoot Trail.

I spent the morning caching in Randolph County, south of Greensboro, with regular partners Robgso (a.k.a. Rob), BigG7777 (a.k.a. Gerry), and Suntigres (a.k.a. Bridget), which was most enjoyable, but after lunch at the excellent Compadres Mexican Restaurant in Randleman, I decided I needed to find another cache. For my sanity's sake, I desperately needed to find another cache! Happily, the Bigfoot Trail isn't far from home, and with that one new cache lurking out there, I decided it would be my target.

I'm especially fond of the northern end of the trail, as it's far less traveled than its southernmost reaches. Those woods are quiet and secluded, and today, beneath heavy cloud cover, the atmosphere felt just this side of eerie (which, as you probably know, or can deduce, "just this side of eerie" is damn near the best possible atmospheric quality, perhaps exceeded only by "absolutely fucking eerie"). True to time-proven tradition, as I hiked the near-silent woods, I occasionally heard heavy footsteps in the woods around me, and once, I discerned what might have been a big ugly hairy figure watching me from a distance (there is, admittedly, some chance this was one of the McTwins spying on me to pick up a few geocaching pointers). Several times I heard what I was sure might be the voluminous roar of a critter with huge feet, but each time it turned out to be a jet passing overhead on its way to land at Piedmont Triad International Airport. Bummer, some might say, but as I do enjoy plane spotting, watching them proved a pleasant enough diversion.

On another nice note, I've been informed that semi-frequent caching partner Cupdaisy (a.k.a Debbie) believes she has found yet more free space in the preserve for a cache or two of her own, and I shall look forward to these...hopefully. One can never venture deep into Bigfoot country too often.