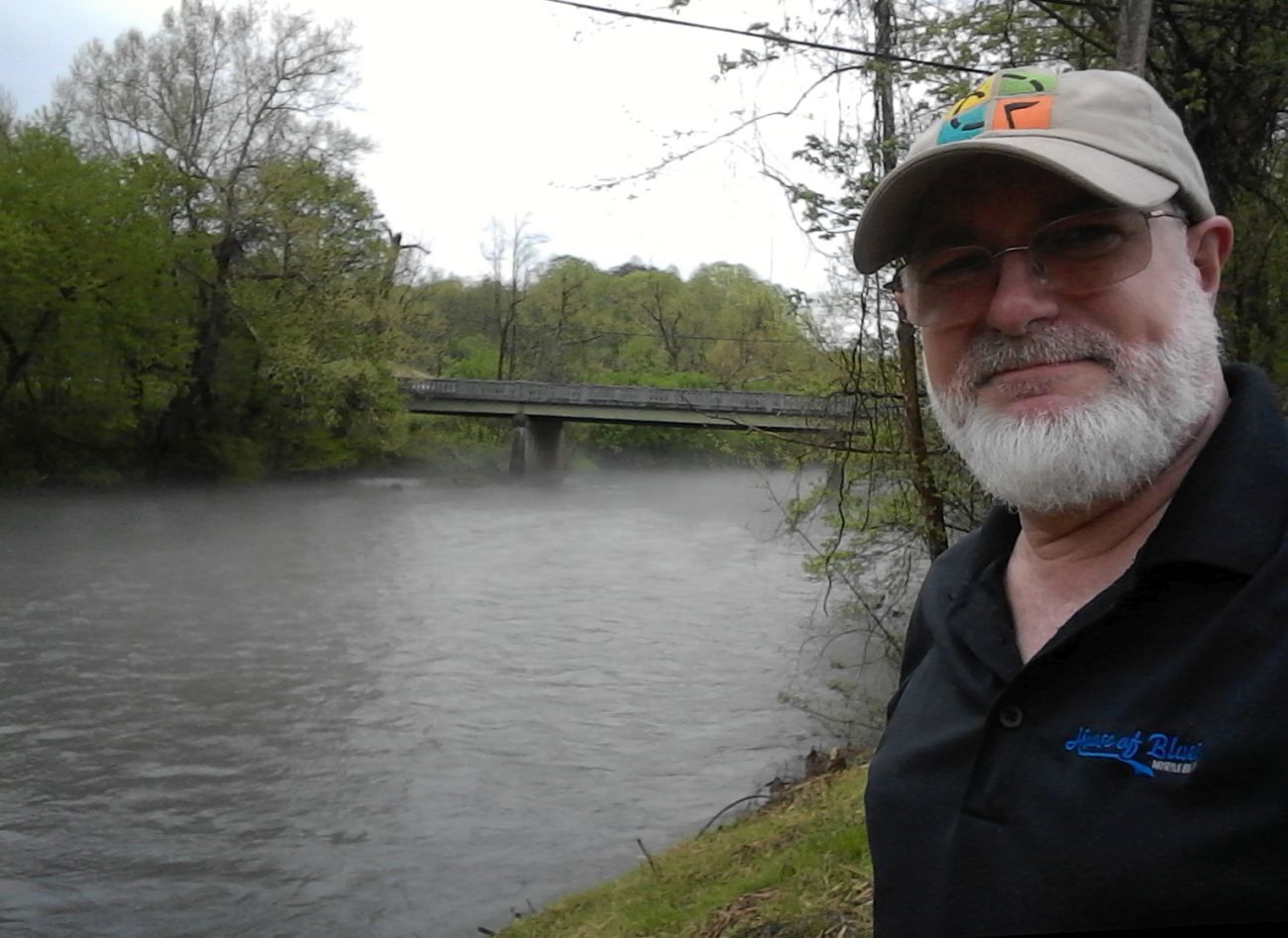 It's always nice to have Good Friday off. I didn't have Good Friday off. However, in their magnitudimous generosity, the company let us out at 2:00 p.m. this afternoon. This was fine, since I had to come to Martinsville for my regular Mum maintenance visit, and a trio of new geocaches lurked in the Fairy Stone Park/Bassett area. Thus, I set my sights on some afternoon geocaching. So did a massive storm system and a number of tornadoes. I missed out on the tornadoes, but not the storms. After work, I drove up from Greensboro, all in relatively clear weather. Five miles out of Fairy Stone, the bottom dropped out.

As it turned out, the cache at Fairy Stone was little more than a park & grab—a traditional woodland hide a couple of hundred feet up the trail from the parking area. So I parked, grabbed, and got a little wet. Then I headed back into Bassett to wait out the rain. The wait was not a long one. I had just enough time to log my Fairy Stone find, and then things cleared up for a while. I made quick grabs at the next two, one of which was along the Smith River, now cloaked in an eerie fog. The fog pleased me.

Mum and I had a nice dinner at The Third Bay, and then I did a passel of the usual necessary errands. After entertaining myself with a couple of episodes of The Brady Bunch—shades of my childhood Friday nights—I went out on a late-night ramble through the old neighborhood. Pleasantly cool and breezy, if a bit muggy. Encountered a couple of late-night muggles on my ramble, at least one of which struck me as a little suspicious, but after a while, he went on his business, whatever that happened to be.

All in all, a damn nice bit of Good Friday ramblin'. Peace be with you.