Step Up to Dutch Masters and Smile, Brother, Smile 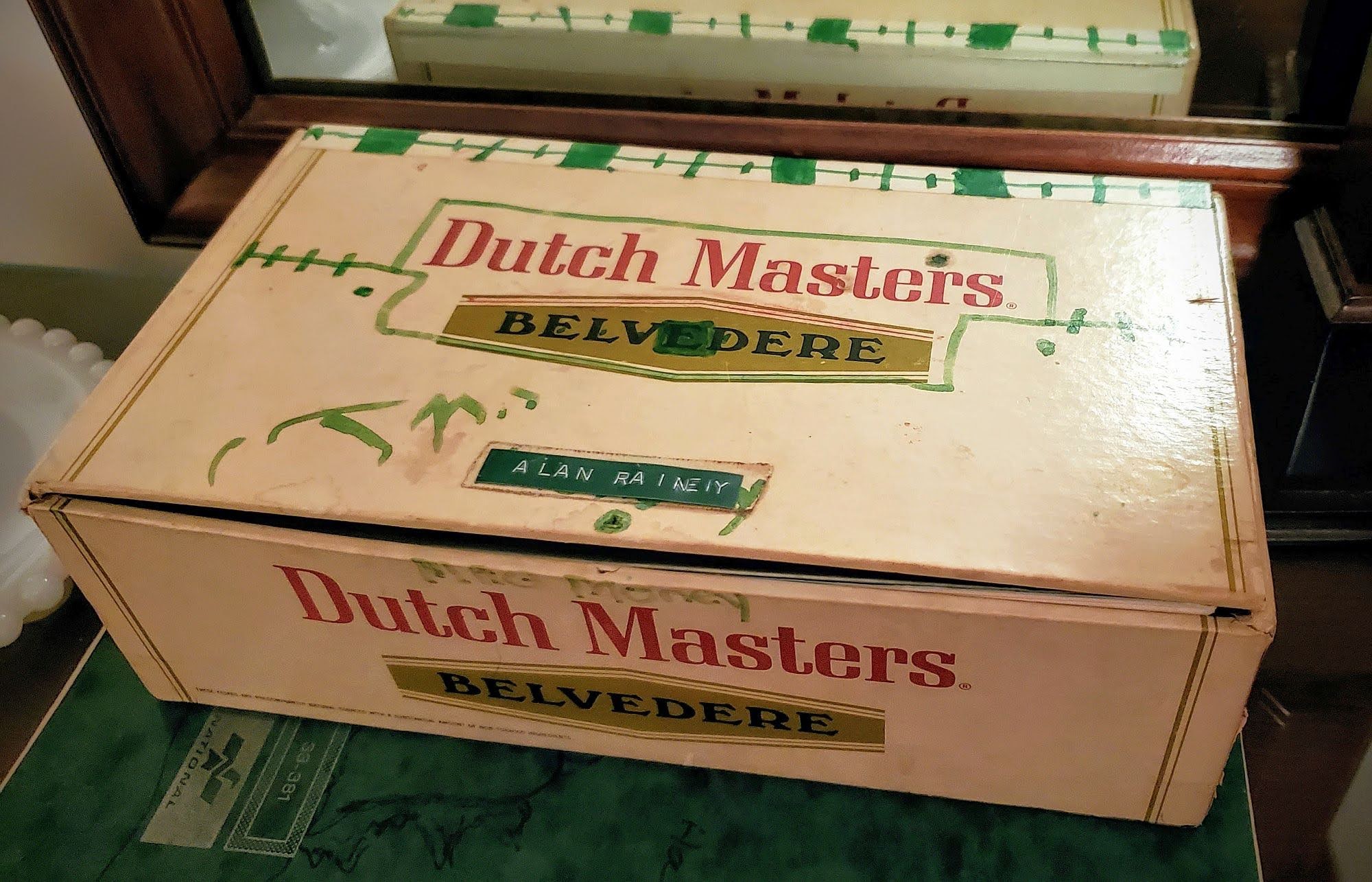 When I was a young’un, my dad smoked cigarettes for a time, but never once do I remember him smoking a cigar. Regardless, Dutch Masters cigar boxes were apparently the preferred household storage container. The one in the photo above is one of the few surviving examples. Circa 1974, it served as the bank vault for Japanese Giants, the daikaiju-themed fanzine of my creation (notice the “Mag Money” label scrawled at the top of the front panel). Later, as you may note from the sticker on the lid, my brother appropriated the box for his own use, probably nefarious (thankfully, after I had cleaned out the vault). Once I re-appropriated it, the box became a repository for letters from other daikaiju film fans, as well as selected love notes I wrote to prospective girlfriends (which were promptly returned either unanswered or with accompanying notes of refusal, in varying degrees of politeness). It is these latter items, which I have saved as souvenirs, that currently occupy the box.
Anyway, this particular musing stems from the somewhat belated revelation that, for all the cigar boxes in the house, my dad didn’t smoke cigars. Or did he? I know a number of his friends did, though it seems unlikely he would have acquired their empties for whatever reason. Now, Dad did have a massive postage stamp collection, and he even ran his own philatelic business through the 1970s into the 1980s. At one time, I recall there being dozens of cigar boxes full of stamps of every nationality and denomination stacked in every available household space. Perhaps it was a stamp collecting thing. Cigar boxes for stamps. Maybe there was a corresponding market for empty cigar boxes back when. Hell if I know, but if I’m going to lose sleep, which seems to be an inevitability these days, it’s a far better to lose it dwelling on this shit than, for example, the anti-vax idiocy I encountered earlier today, which nearly sent me over the edge.
On that note, I’ll leave you with this little jewel.
Posted by Stephen Mark Rainey at 7:36 PM