Our Shadowed Past and Other Dark Doodads 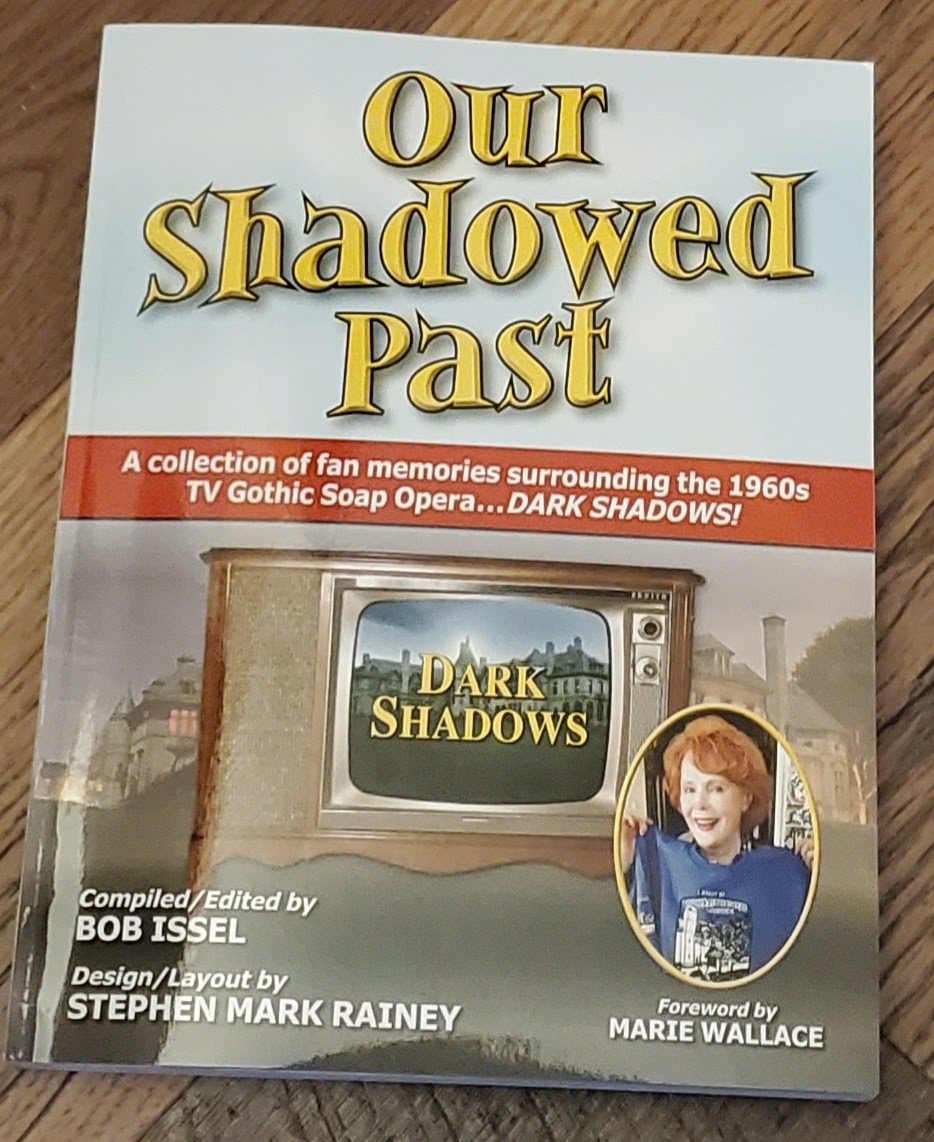 In the weeks prior to our leaving for Europe, I did some design and layout work on a book project for friend Bob Issel, who has overseen countless Dark Shadows fan gatherings for the past three-plus decades. Our Shadowed Past is a collection of essays and photographs — over 300 pages of them — from over a hundred longtime Dark Shadows fans, including me. A dozen or so fans who regularly hung out at the ABC studio in New York City where Dark Shadows was produced offer their entertaining recollections, and a few of the show's original cast members — including Lara Parker, Kathryn Leigh Scott, Sharon Smythe, James Storm, and Marie Wallace — provide unique perspectives on their Dark Shadows days as well. To receive ordering information, contact Bob Issel at Bobusbas59@gmail.com. The cost is $27.00 plus postage.
It's been a somewhat hectic week since our return from the continent. We had a new storage shed built to replace our ancient, damn-near-collapsed shed, though, for the moment, the original one is still out there. Thus, the epithet "Two Sheds," which friend and fellow Japanese Giants Guy Ed Godziszewki had bestowed upon me (a la Monty Python) a great many years ago does today hold true. Prior to the new shed's installation, friend Terry and I put in a couple of afternoons' work setting up stone columns to level the lot. Shed is now complete, and there are even a few things already concealed inside it. (Did I say bodies? I didn't mean to say bodies.) 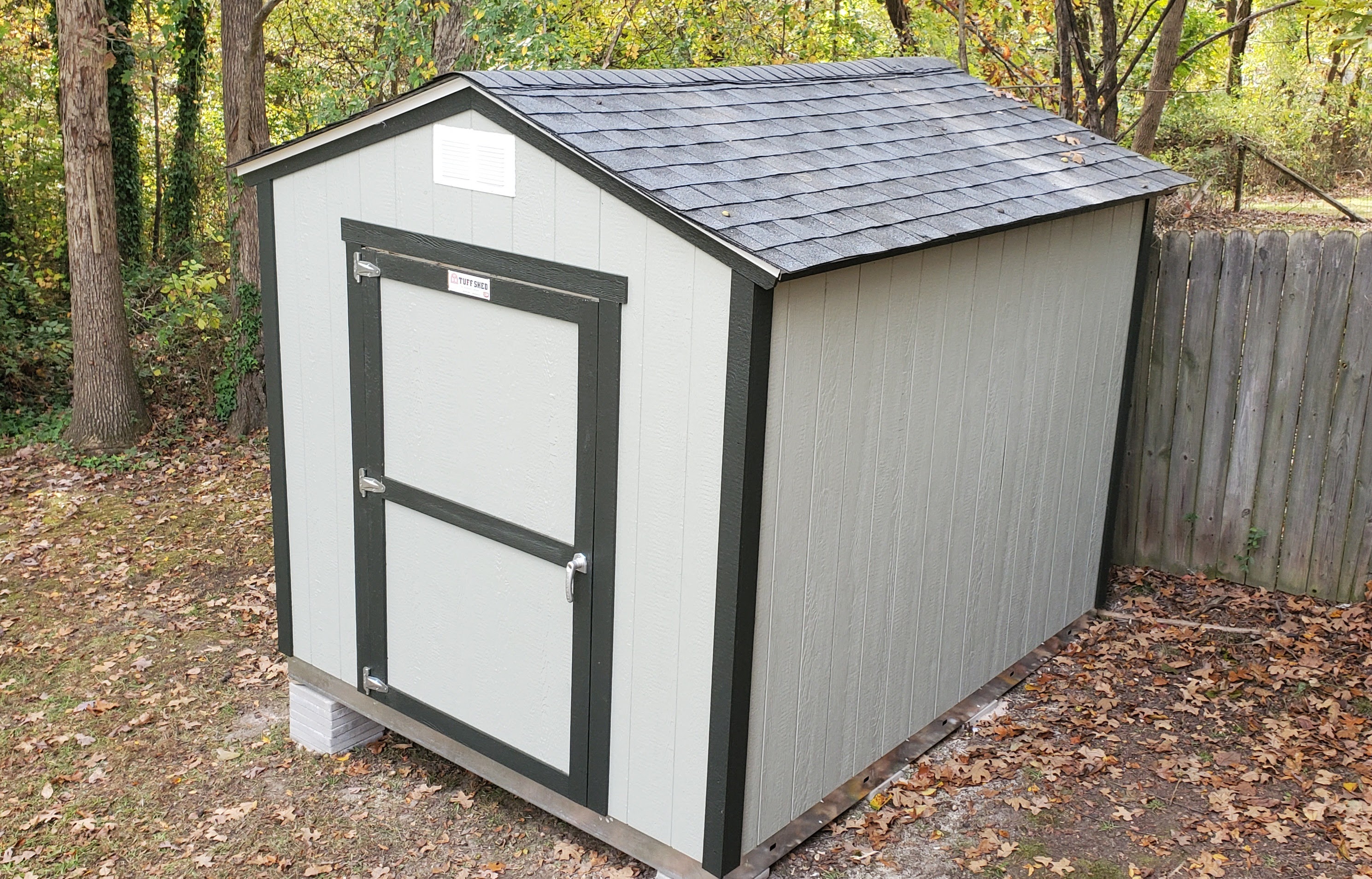 I spent a portion of this weekend in Martinsville, and while trying to find some material for the interview I did for Brett Homenick (DOCUMENTING GIANTS FROM JAPAN! Stephen Mark Rainey on Creating the Celebrated Fanzine Japanese Giants!) I happened upon a couple of old reports I wrote in junior high school about Japan and World War II. I even illustrated them (not necessarily well.) Those were kind of fun to look back on. 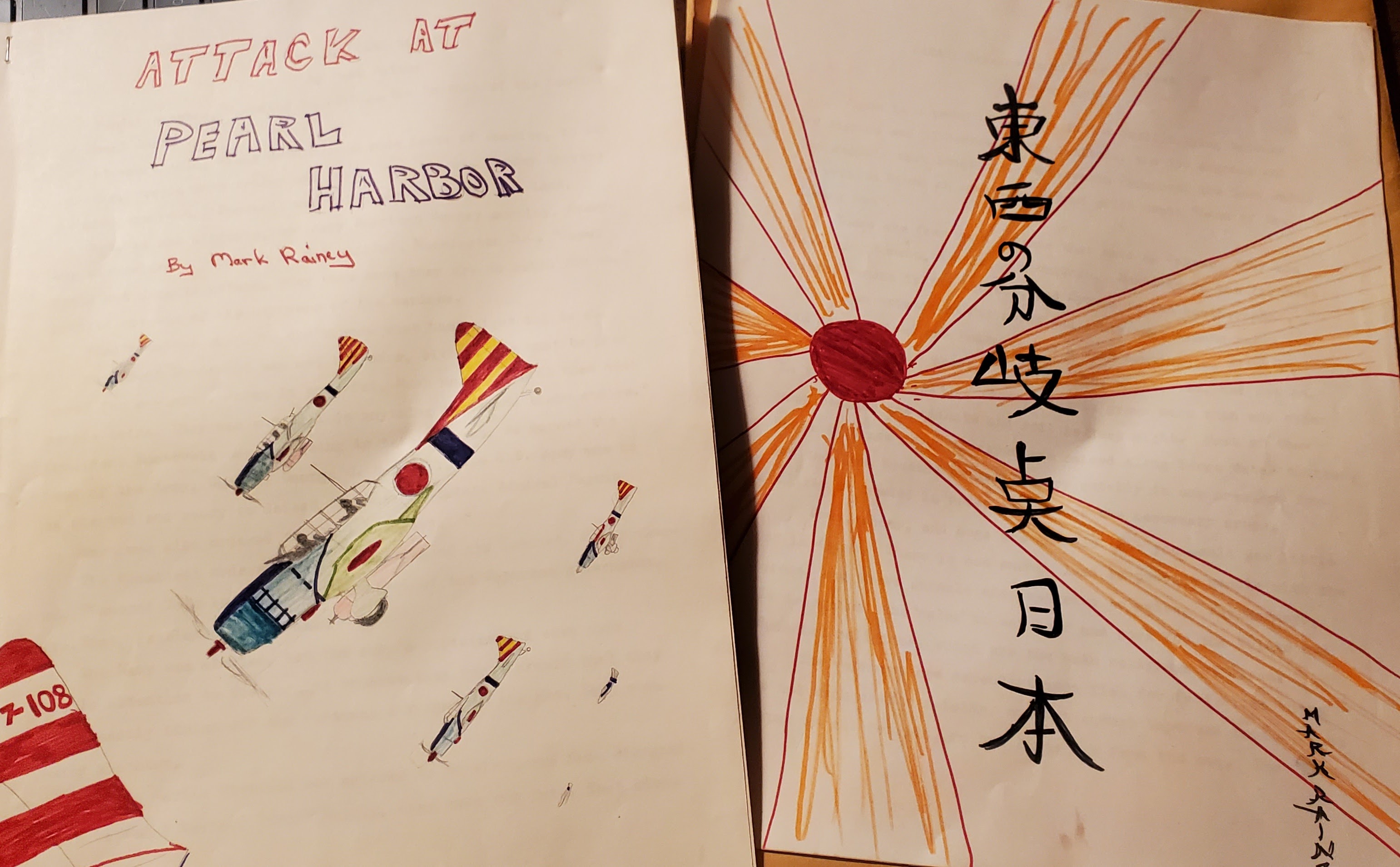 Last night, Ms. B. and I went to No Time to Die, the latest 007 film. I generally liked it, though from Skyfall on, I've had a hard time getting on board with the direction the series has taken. I may give it the old review treatment at some point, if I can find the time. That won't be very soon. We also found a fantastic dinner at Lindley Park Filling Station, which we haven't visited in ages — mostly because the little place is usually too crowded to get in. We managed it last night, though, and the ghost pepper burger I had was heavenly.
Today was a regular Sunday geocaching day. Old Rob, Old Scott, and I headed down Salisbury way to go after a bunch of newer hides in nearby Dan Nicholas Park. We got in some serious hiking, found a dozen traditional caches as well as an Adventure Lab cache, and had lunch at The Smoke Pit, which is my favorite BBQ restaurant anywhere.
I don't know that the pace will slow this coming week. We shall see.
Posted by Stephen Mark Rainey at 10:31 PM