Out of the Park and Others

This past Sunday’s geocaching outing of the No-Dead Weight Irregulars — consisting of Old Diefenbaker (a.k.a. Scott), not-quite-so-old Fishdownthestair (a.k.a. Natalie), and the Old Dude as the Beaver — took us back to Chapel Hill, where we sought one of our favorite varieties of geocache: one hidden in the deep, dark underground. This one is called "Out of the Park" (GC55DEF), located just off the UNC campus, in the Coker Pinetum, along Meeting of the Waters Creek. There are a couple of nice trails here, as well as what turned out to be a most colorful pathway into the depths of the earth. 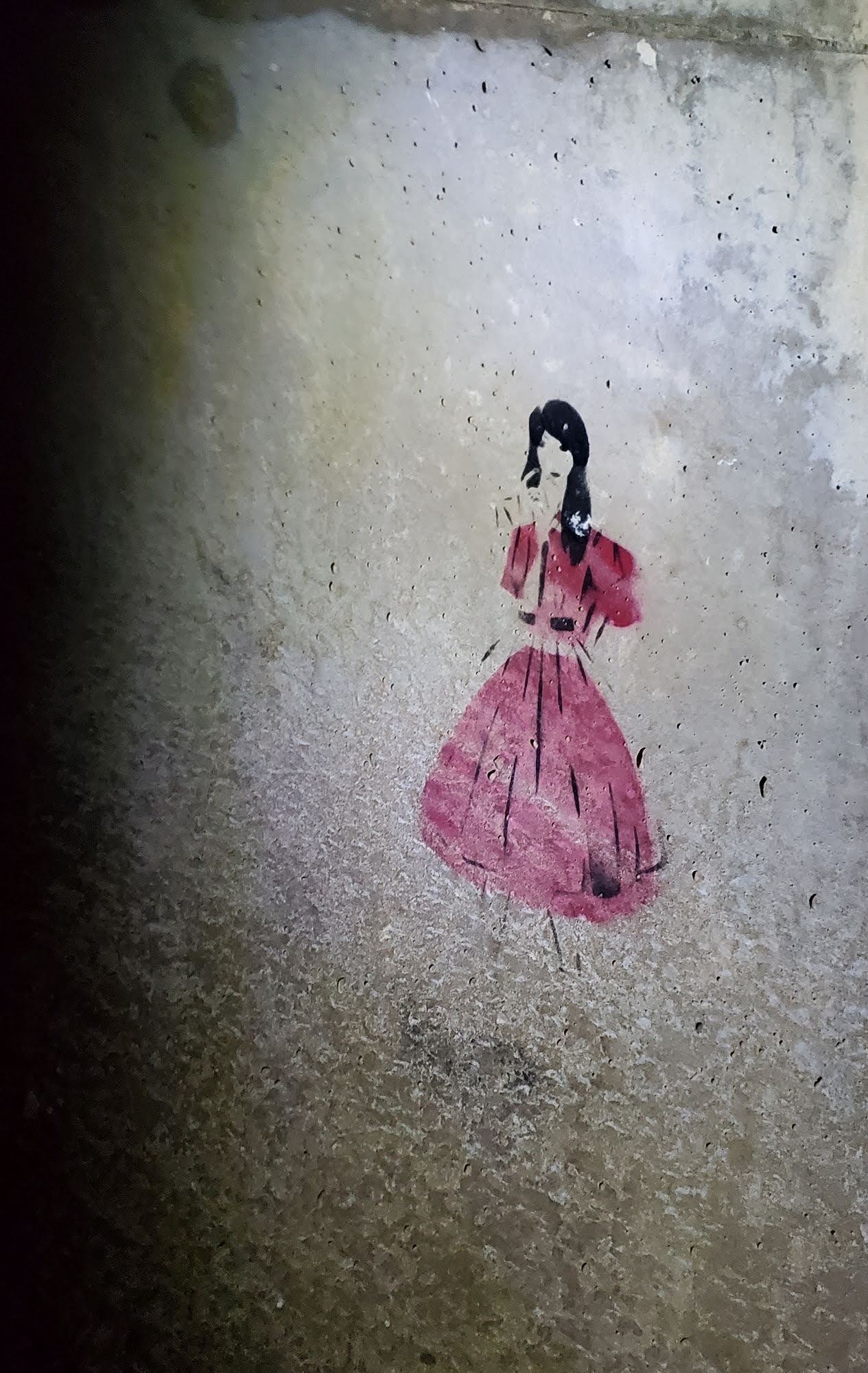 The portal lies in a deep valley just off the nature trail, where a massive tree has fallen in the relatively recent past, all but obscuring the entrance from view. Getting down to it and back up from it are more difficult than negotiating the tunnel itself. To prevent tumbling into the chasm, Ms. Natalie made the mistake of grabbing a thorn-studded tree (which Scott informed us is called "The Devil's Walking Stick"), which resulted in considerable bleeding and swearing. Fortunately, no amputations were necessary. A rusty steel cable goes across the culvert, and I made the mistake of grabbing it on my way down. Unbeknownst to me, the section of cable was splintered sufficiently to bite my hand pretty deeply, which resulted in considerable bleeding and swearing. Fortunately, no amputations were necessary. A surprisingly large volume of water was gushing from the culvert's mouth, given there's been no rain to speak of in recent days. But we were all able to enter the darkness without mishap.
Apparently, this particular culvert has attracted graffiti artists of every stripe, and for almost the entire length of our journey into darkness — just under half a mile, by our calculations — the tunnel walls were decorated with intricate images, a variety of slogans, and the occasional dire warning that hell lay just ahead.
We hadn't gone but so far when Scott and I heard a holler, and we turned just in time to see Ms. Natalie take a quick seat in the chilly, rushing water. Yeah, it was pretty slick in there. Fortunately, her pride suffered more bruising than her butt, and from there, we proceeded without mishap — well, except for my flashlight going dead. I knew I should have brought that extra light along! Happily, Scott carried a spare, and he handed it over to me, if somewhat grudgingly. We pressed on and on, and — finally — our flashlight beams fell on an object that appeared slightly out of place in the deep, dark underground.
Indeed, it was the cache.
Once we had signed the log, taken a few pics, and re-secured the container, we made our about-face and hoofed it back toward the portal. To my chagrin, Scott's spare light also began to fade, so we made haste for those last few hundred feet. By the time we again emerged into daylight, this second light had also bitten the dust. But we had our smiley, and — happily — there were a couple of more caches along the nature trail, which proved a lot of fun to hunt. The woods here are gorgeous, and just enough fall color remaine to make the trip visually memorable.

We found lunch at a lovely little place called Four Corners on Franklin Street, where I availed myself to what was surely the largest half rack of ribs I've ever been served. And they were freakin' delicious.
On our way back to Greensboro, we stopped off in Hillsborough to grab a trio of hides, one along the old Occoneechee Speedway Trail, where we've hunted caches several times in the past. It's a lovely place, the oval racetrack having long ago been swallowed by forest but converted to a hiking trail.
All in all, it proved a wonderful day to add to our caching totals. Definitely a day for quality over quantity, which, for me, is always more than fine.
Cache on.
Posted by Stephen Mark Rainey at 5:30 PM