A Graveside Chat with Kristin Dearborn

Kristin Dearborn is a life-long New Englander, author of numerous novels and novellas such as Trinity, Sacrifice Island, Woman in White, Whispers, and others, as well as a host of short stories in various publications. She was kind enough to take some time to answer a few questions for A Graveside Chat, so, Kristin, a scary welcome! 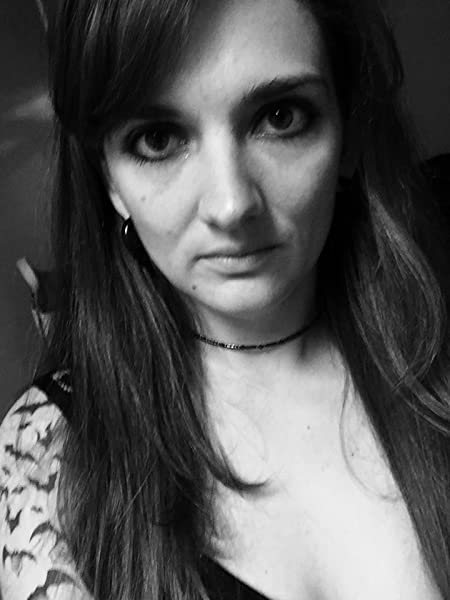 AGC: Tell us a bit about you — when you first became inspired to write, especially in the dark vein; who some of your influences were (and are); and — as I understand you enjoy cheesy movies — what you consider some of… if not the best… then your personal favorites.

KD: I grew up in a house full of books. The Bunnicula series by James Howe was an early influence, teaching me what puns were, the proper pronunciation of hors d’oeuvres, and what happens when an unsuspecting family adopts a vampire rabbit. When I became a serious reader — you know, when I was ten — I read Jurassic Park and devoured everything Crichton had written to that point. When I ran out of Crichton, I moved on to Koontz. Then I found Stephen King and have been a constant reader ever since. I remember digging through boxes of musty paperbacks in our attic, finding books like Harvest Home, The Other, The Omen. I had free rein over our small local library, and I loved mass markets with lurid, cut-out covers. I grew up in Maine, and my Grandparents lived in Orono, home of the University of Maine, and haunt of Stephen King. My Grandmother worked in the school library when he was a student there. He was an omnipresent figure in my life like a folk hero, and when I eventually went to U Maine myself, I was never dissuaded from writing dark fiction as I worked towards my B.A.

As for movies, Lost Boys had a profound effect on me and still does. It’s a perfect blend of scary and camp and heart, I’d never seen anything like it. (I could read whatever I wanted, but was more restricted when it came to movies). From Dusk till Dawn was another movie that swept me away. It’s a crime movie! Oh shit, now it’s a vampire movie! Oh, shit, the main character just got bitten and no one is going to save him! (Sorry for the 26-year-old spoiler there.) In college, I worked at a theater (stage, not movie) but we had a set up for movies, and we would drag couches out onto the stage and watch movies like Predator and The Stuff with a professional sound system, 1600 seats, and a series of catwalks behind us. That was my introduction to Alien, and it was impossible not to think of all that empty space behind me and what could be out there. I’ll never turn down a chance to watch The Thing. I prefer Aliens to Alien (though agree Alien is the superior film). 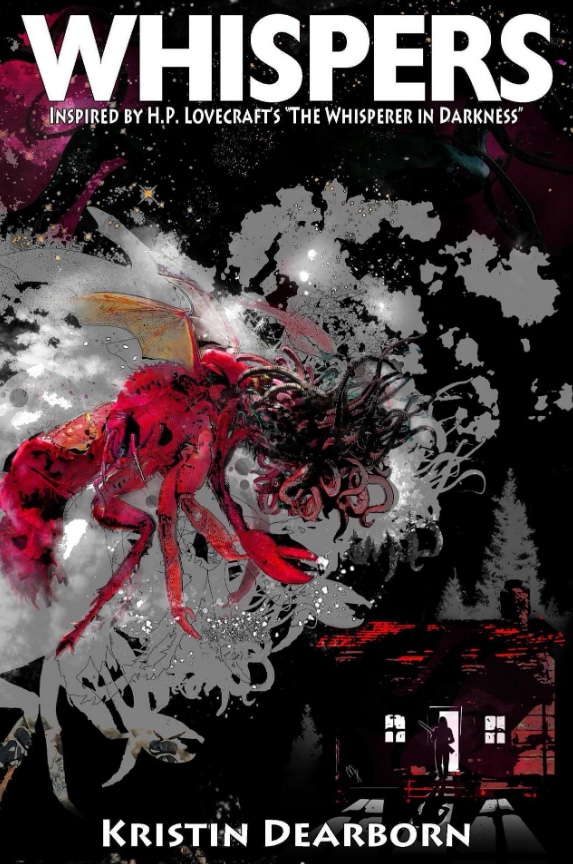 AGC: Whispers is a wonderful novella that uses H. P. Lovecraft’s work as a jumping-off point — and it works brilliantly, particularly in that you build strong characters; typically, Lovecraft’s characters were hardly so well-drawn. Does HPL’s work in general have any particular allure for you? Are there other “classic” authors and/or works that might move you to reimagine for more contemporary times?

When Hurricane Irene tore Vermont apart in 2011, I immediately thought back to “Whisperer in Darkness,” HPL’s only tale set in Vermont, taking place in the aftermath of the 1927 floods. I got some amount of delight from populating a story inspired by Uncle Howie’s with characters I knew he wouldn’t approve of. Most of the time I’m content to let classics be classics, but HPL is a special case: his ideas are genre-defining, but most of his actual stories aren’t really that great, and to your point, his characters are almost entirely forgettable. It builds a fun playground for contemporary authors to expand on his ideas with characters that show emotional depth.

AGC: From what I gather, you enjoy traveling, rock climbing, motorcycle riding, and other “extracurricular” activities — such as flying! Do these activities excite your creativity or in any manner influence your storytelling? 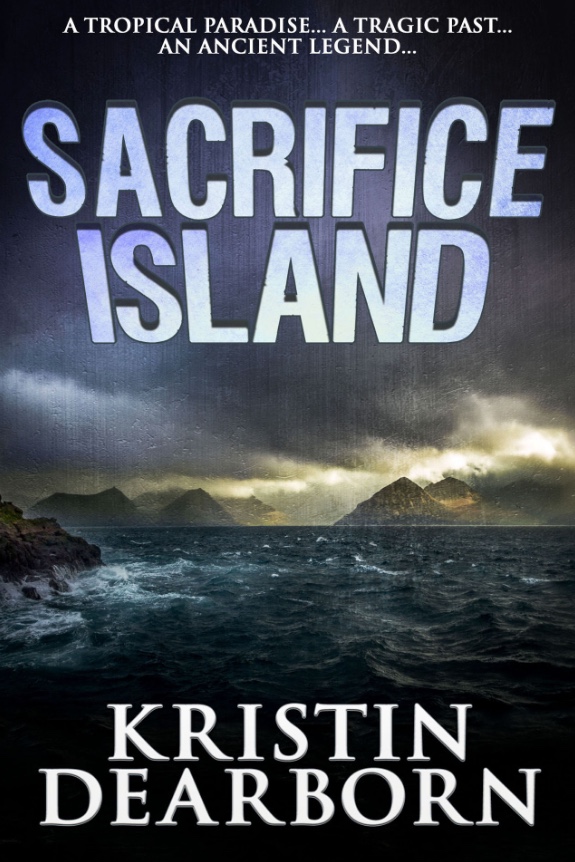 KD: Travelling absolutely ignites my creativity, and I rarely go anywhere without getting a story seed in my brain. Sacrifice Island came from a boat tour I took in the Philippines where I stumbled across an old church decaying in the middle of paradise. For some crazy reason, Florida has always been my muse. Much of Stolen Away is set in Florida, and the idea was born there. My upcoming releases, The Amazing Alligator Girl (Fall 2022, Bloodshot Books) and Faith of Dawn (February 2024 Cemetery Dance) are both entirely set in Florida.

Hiking with my dog friend and riding my motorcycle give my brain a lot of time to work out story ideas, I’m a big fan of exercise and being outdoors to lubricate plot bunnies!

AGC: What’s next for you? Do you have any projects coming up you’d like to talk about?

KD: Oh no, I spoiled the answers to this question in the previous question! The Amazing Alligator Girl is a fun novella about a swamp tour gone terribly wrong… the gators are going crazy and environmentalist/alligator wrangler Bethany needs to get to the bottom of things to save the swamp…and make sure too many tourists don’t get eaten. Faith of Dawn is my third full-length novel, this one involves a suicide cult, a teenage prostitute, and the Florida bigfoot: the Skunk Ape. I’m also chewing on another novella about MLMs and Lizard People, but that one isn’t quite done baking yet. 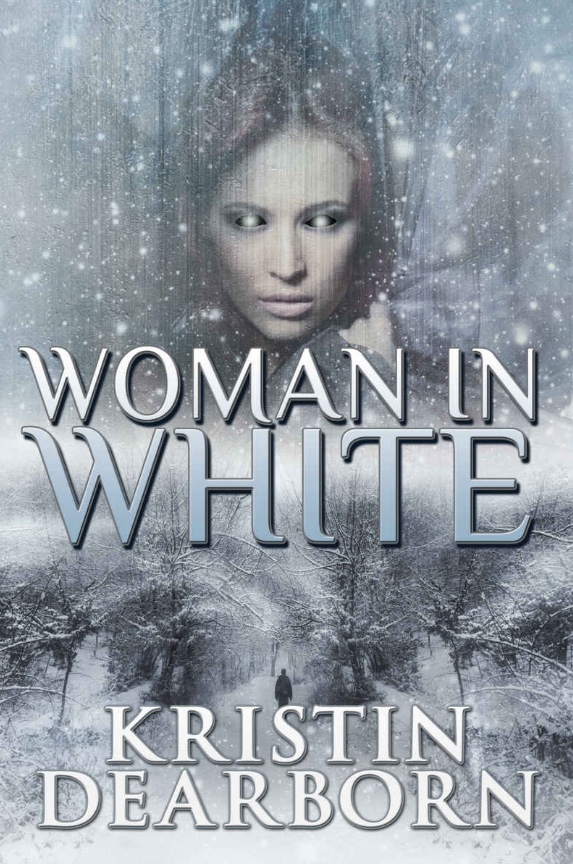 KD: I will use this time to haul out my soapbox and talk about feminism in my writing!

I’m extremely frustrated with the trope of the Strong Female Character — we’ve all seen her on Urban Fantasy novel covers in her black tank top, brandishing a weapon, she probably has a motorcycle and she’s almost always an incredibly unpleasant human being. I’m pretty sure Michelle Rodriguez has made her entire career being this character. Her armor against the world is meanness and not letting anyone in. Unfortunately, these women are often barely characters at all and don’t make for a satisfying read. I’ve made it my mission to write books about real, three-dimensional women who find themselves thrust into horrible situations and must be strong. To be true to these characters, I’ve made a conscious decision to read more women authors (and more BIPOC authors, but that’s another soapbox to stand on). Alma Katsu, T. Kingfisher, Jennifer McMahon, and Sarah Langan are a few whose books I get the moment they come out. There’s so much good horror out there right now, every year the Stoker ballot is filled with better stories and more diverse than the year before! Striving to build out my characters while fiddling with feminine monsters (in “Woman in White” the monster only eats men; in Stolen Away the demon transforms the protagonist into lamia) is a fun way to explore gender and how the human mind works.