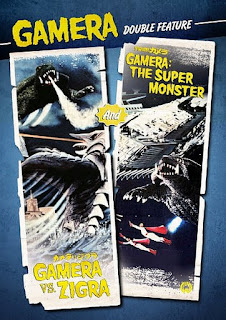 A big old starship — which looks so much like an Imperial Star Destroyer from Star Wars that you just know it can't be a friendly thing — comes round the earth and deposits a reasonably hot alien woman named Giruge (Keiko Kudo) in the middle of Japan. She is, in a fact, a minion of the evil space marauder Zanon and has come to eliminate three goody-goody space women named Kilara (Mach Fumiake), Marsha (Yaeko Kojima), and Mitan (Yoko Komatsu) — who, for whatever reason, have sent the bad folk into a tizzy. Giruge, alas, continually finds herself stymied because the space women, being ever-so clever, have disguised themselves as normal Earthlings. (When they wish to transform into their true space-woman forms, they tweak their earlobes and wave their arms a few times — resulting in their outfits changing into figure-hugging leotards with capes.) Meantime, Kilara (looking more like Akira Takarada than he does) befriends a terminally cheerful little brat named Keiichi, who... much like some of his juvenile predecessors... is overly fond of turtles. After a while, with Giruge's attempts to quash her quarry going so poorly, Zanon figures it's time to bring on some big monsters.

Gyaos! Zigra! Jiger! Barugon! Viras! Guiron! They all appear, in turn, and do battle with Gamera, who, in turn, dispatches them in familiar fashion...familiar, at least, if you've seen their original appearances because... yes, gracious... they're all stock footage. Every bit of them. Zanon even manages to take control of Gamera (if only briefly) and unleash him to do his part in the urban devastation, via footage from the original Gamera and Gamera vs. Barugon. Eventually, though, touched by Keiichi's devotion to Gamera, Giruge defies her master and sides with the Earthlings, prompting a peeved Zanon to shoot her with a laser cannon from outer space. In the end, Gamera flies into space after Zanon's ship and ends it all with a terrific bang. Kilara informs Keiichi that Gamera has sacrificed his life to save the earth, but tears are not to be shed. We end the film with the space women taking Keiichi on a flying tour of Shinjuku, and we've never seen him happier.

I picked up this Shout! Factory double-feature DVD about a year ago, when it was first released, but I had avoided inserting Gamera: The Super Monster into the player until this evening. The first and only time I had seen it was on television in 1986, and my sole impression of the experience was that it was fairly painful. Gadzooks and forsooth! There's not much way around saying the movie is both odder than hell and terribly tedious; four cups of coffee it took to keep me from nodding off.

Over the course of its run during the 60s and 70s, the Gamera series had devolved into a property aimed solely at children, with ever-diminishing budgets and box-office returns. Daiei Studios had filed for bankruptcy in 1971, and while it reorganized during the 70s, its output was anemic to say the least. The brain trust at Daiei evidently hoped that Gamera: The Super Monster might successfully relaunch the Gamera franchise, but if anything, it only kicked an already moribund animal.

Among the many subtle and not-so-subtle peculiarities of this film, about halfway through it, we have an exciting bedtime scene, in which we learn that young Keiichi is a fan not only of turtles but of the animated Space Cruiser Yamato series, for he takes copies of both an illustrated Yamato book and a Gamera book to bed with him. Next thing you know, he's dreaming, and we are treated to a scene from Yamato, complete with the distinctive theme by Hiroshi Miyagawa, only to have Gamera fly into view and watch the cartoon space battleship go sailing by. During Gamera's attack on the city, he knocks over a stand-up poster display, upon which we see a painting of a distinctly familiar Toho monster and the title (in Japanese), Farewell, Godzilla. Since, in 1975, Godzilla had entered what was to be a decade-long retirement, perhaps this was Daiei's way of saying, "Hey, Gamera's still around but you're not," though, clearly, Godzilla was still destined for a longer and far more profitable film career.

Like several other substandard daikaiju films, I own Gamera: The Super Monster because it is a daikaiju film, and there are certain properties for which I'm a reluctant completist — Gamera being one of them. Doesn't mean I have to like it; no, not much.
Posted by Stephen Mark Rainey at 9:34 PM

However, it sounds like it'd be worth watching for the sheer weirdness of it.