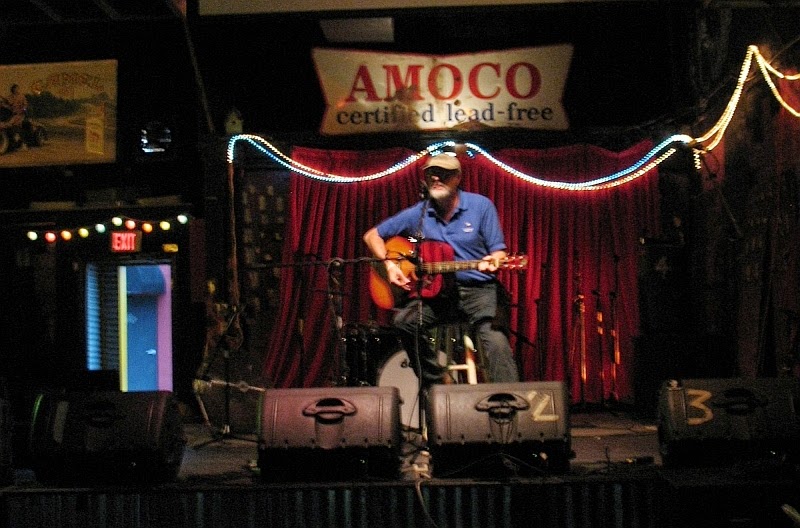 During my college days, I learned at least a wee bit about playing the guitar and for several years went at it pretty hard. Played the occasional talent show, open-mike night, a few actual gigs, etc. A few short years ago, Ms. B. and I got together and performed several times, and we've even thought about giving it another go sometime.

In the early to mid 80s, I wrote bucket loads of songs of my own, most of which were nothing special, though every now and then, I think I managed to nail one. Several weeks back, while looking through an old box for some completely unrelated stuff, I happened upon a couple of sheets of lyrics to some of my old songs. I've forgotten how to play most of them — for which some folks would probably thank me — but there was one in particular, titled Scan in Progress, that I thought was okay when I wrote it and it seemed to hold up. After a bit of struggling, I finally figured out how to play it again.

The song came about from working in the font compilation department at Alphatype Corporation, back in Chicago. To encode font characters on computer disc (those big 8" floppies), we had this big honking scanner with lights and wires all over it, and it made a noise like a gargantuan hydraulic press. Scared the crap out of me, this thing. So, I worked it into a song. Threw in some dark philosophy, a bit of almost Lovecraftian cosmic imagery, and there it was. Now that I think about it, I think I printed the lyrics in the first issue of Deathrealm back in the day.

Anyhoo, here's the lyrics to Scan in Progress. Pray you'll never have to hear the thing.

Email ThisBlogThis!Share to TwitterShare to FacebookShare to Pinterest
Labels: music