The Cicadas Are Coming... Again 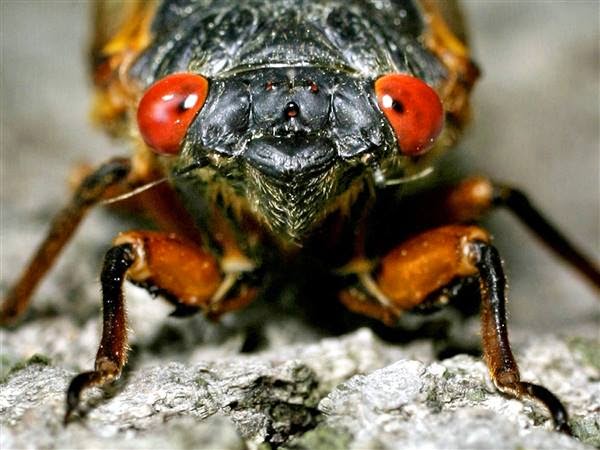 No, not the 17-year variety that came and went a short time ago, but the giant, killer kind that spring from the minds of independent filmmakers Mat and Myron Smith, who last year treated us to Young Blood: Evil Intentions, made in Martinsville, VA. I had a teeny tiny role in that one — see "Young Blood — The Movie," March 9, 2012 — and I gotta tell you, since then, the movie offers have been rolling in; so many I can't keep up with them. But me, I'm choosy, so I've been holding out for just the right part, and I think it's finally come round. The Smith brothers' next project is Invasion of the Killer Cicadas, which is now under way in Martinsville, and, this coming Saturday, August 3, I'm slated to play a mad professor at a town meeting. There's room for extras, I'm told, so if you're in the area and are dying for a chance to appear in monstrously fun monster flick, this may be it. The shoot will take place at Jefferson Plaza in uptown Martinsville at 10:00 AM. Bring your funny bones.

Posted by Stephen Mark Rainey at 10:44 AM

You were born to play a mad scientist. Even a slightly annoyed one.